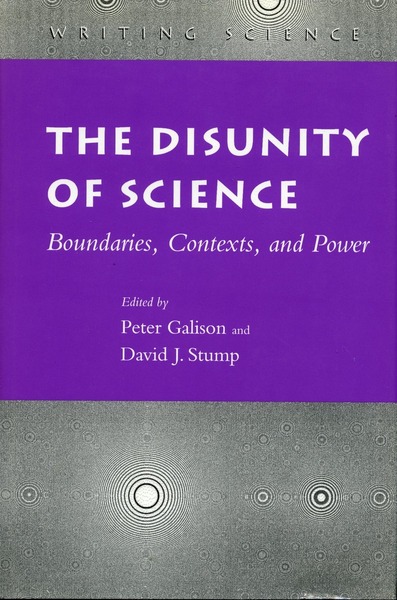 Is science unified or disunified? Over the last century, the question has raised the interest (and hackles) of scientists, philosophers, historians, and sociologists of science, for at stake is how science and society fit together. Recent years have seen a turn largely against the rhetoric of unity, ranging from the please of condensed matter physicists for disciplinary autonomy all the way to discussions in the humanities and social sciences that involve local history, feminism, multiculturalism, postmodernism, scientific relativism and realism, and social constructivism. Many of these varied aspects of the debate over the disunity of science are reflected in this volume, which brings together a number of scholars studying science who otherwise have had little to say to each other: feminist theorists, philosophers of science, sociologists of science.

How does the context of discover shape knowledge? What are the philosophical consequences of a disunified science? Does, for example, an antirealism, a realism, or an arealism become defensible within a picture of local scientific knowledge? What politics lies behind and follows from a picture of the world of science more like a quilt than a pyramid? Who gains and loses if representation of science has standards that vary from place to place, field to field, and practitioner to practitioner.

Peter Galison is Mallinckrodt Professor of the History of Science and of Physics at Harvard University. He is the editor, with Bruce Hevly, of Big Science: The Growth of Large-Scale Research.

David J. Stump is Assistant Professor of Philosophy at the University of San Francisco.

“This is a very important work, with contributions by many of the most prominent scholars in science studies....It actually delivers on its promise to renew discussion and develop fresh ideas about the allegation that the sciences are no longer (or never were) unified by a single theoretical view of nature or a methodological foundation.” —Michael Lynch, Brunel University