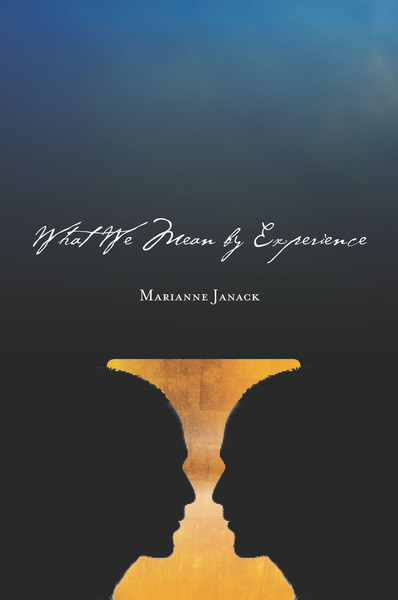 What We Mean by Experience
Marianne Janack

Social scientists and scholars in the humanities all rely on first-person descriptions of experience to understand how subjects construct their worlds. The problem they always face is how to integrate first-person accounts with an impersonal stance. Over the course of the twentieth century, this problem was compounded as the concept of experience itself came under scrutiny. First hailed as a wellspring of knowledge and the weapon that would vanquish metaphysics and Cartesianism by pragmatists like Dewey and James, by the century's end experience had become a mere vestige of both, a holdover from seventeenth-century empiricist metaphysics. This devaluation of experience has left us bereft, unable to account for first-person perspectives and for any kind of agency or intentionality.

This book takes on the critique of empiricism and the skepticism with regard to experience that has issued from two seemingly disparate intellectual strains of thought: anti-foundationalist and holistic philosophy of science and epistemology (Kuhn and Rorty, in particular) and feminist critiques of identity politics. Both strains end up marginalizing experience as a viable corrective for theory, and both share notions of human beings and cognition that cause the problem of the relation between experience and our theories to present itself in a particular way. Indeed, they render experience an intractable problem by opening up a gap between a naturalistic understanding of human beings and an understanding of humans as cultural entities, as non-natural makers of meaning. Marianne Janack aims to close this gap, to allow us to be naturalistic and hermeneutic at once. Drawing on cognitive neuroscience, the pragmatist tradition, and ecological psychology, her book rescues experience as natural contact with the world.

"In this engaging and highly readable book, Marianne Janack asks us to think about experience in a new and original way. She forges new connections across diverse philosophical and other scholarly positions, each time bringing the reader back to different ways of considering experience." 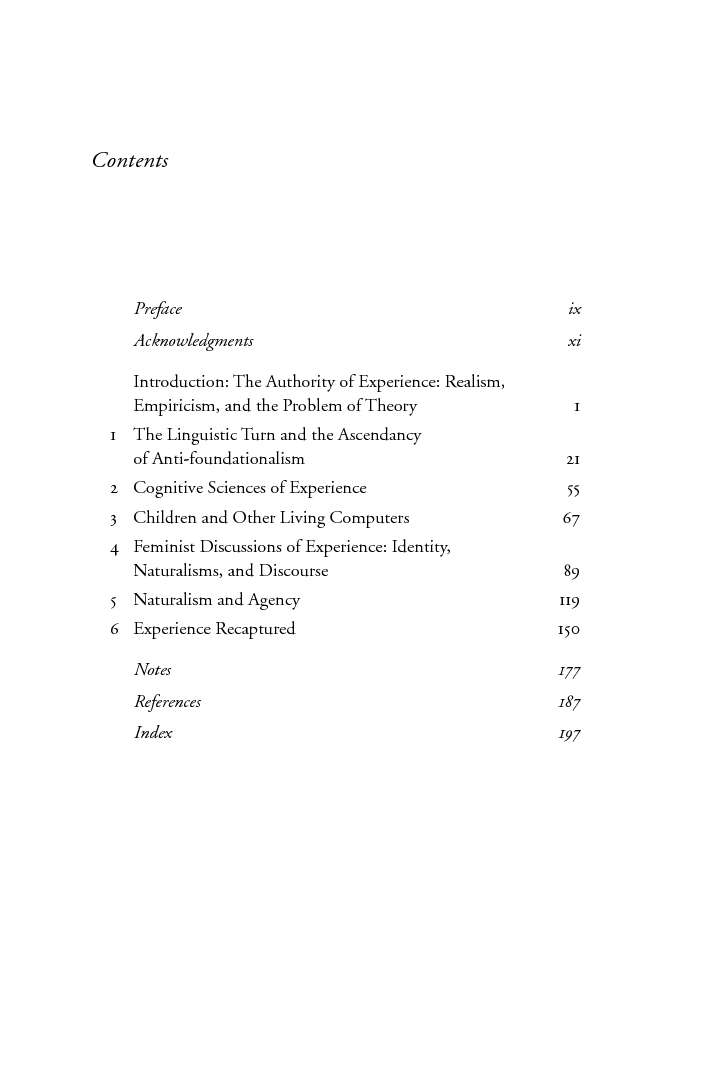 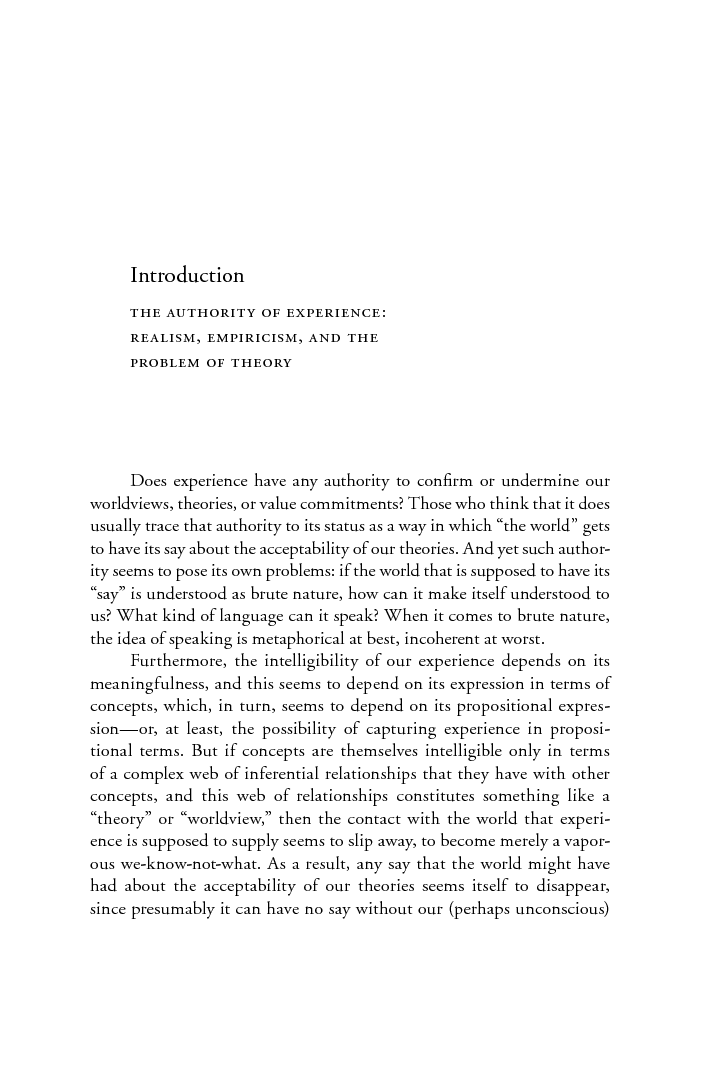 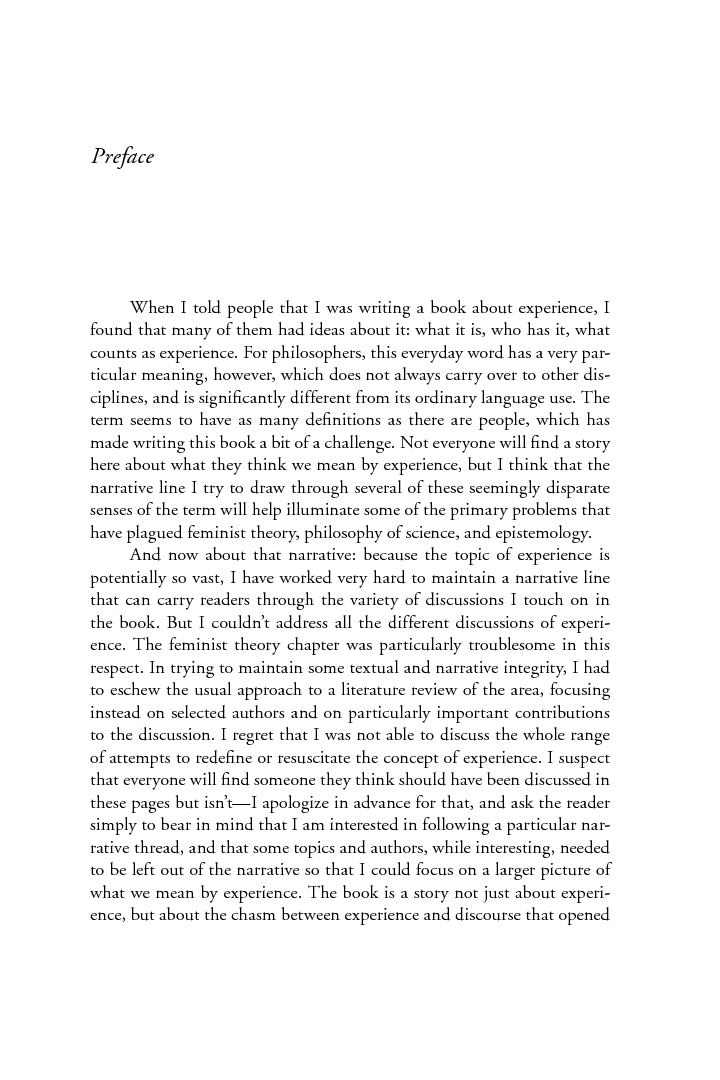