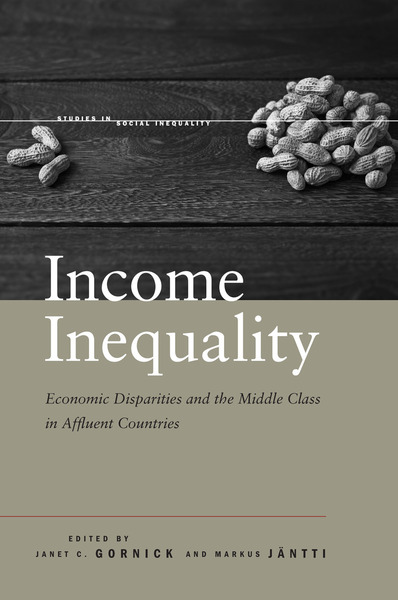 This state-of-the-art volume presents comparative, empirical research on a topic that has long preoccupied scholars, politicians, and everyday citizens: economic inequality. While income and wealth inequality across all populations is the primary focus, the contributions to this book pay special attention to the middle class, a segment often not addressed in inequality literature.

Written by leading scholars in the field of economic inequality, all 17 chapters draw on microdata from the databases of LIS, an esteemed cross-national data center based in Luxembourg. Using LIS data to structure a comparative approach, the contributors paint a complex portrait of inequality across affluent countries at the beginning of the 21st century. The volume also trail-blazes new research into inequality in countries newly entering the LIS databases, including Japan, Iceland, India, and South Africa.

Janet C. Gornick is Professor of Political Science and Sociology at the Graduate Center of the City University of New York, and Director of LIS.

Markus Jäntti is Professor of Economics at the Swedish Institute for Social Research, Stockholm University, and Research Director of LIS.

"This book is a valuable addition to the existing literature on economic inequality . . . This is an excellent book that is highly recommended to those with an interest in all aspects of income distribution in contemporary societies . . . [Gornick and Jäntti] need to be congratulated for broadening the focus beyond a purely economic perspective on the issues under examination."

"Janet C. Gornick and Markus Jäntti's Income Equality is one fruit of this massive research effort. The book consists of studies of contemporary inequality trends using the [Luxembourg Income Study] data woven into a rich tapestry of understanding of a complex historical episode. The contributors—economists, sociologists, political scientists—analyze the data using powerful methodologies capable of laying bare the underlying structure that human intuition cannot access . . . The combination of high-quality data comparable across countries, international coverage of a period of major change, and insightful analysis based on sophisticated methodologies makes this book a major contribution to our understanding of income. Income Inequality will influence research for years to come."

"A timely, informative volume for students and researchers concerned with income inequality . . . Recommended."

"This is one of the most important books on inequality published in the past decade. Focusing on what has happened to the middle class since the 1980s, during a period of substantial economic and political restructuring, this volume's remarkable insights and influence will span disciplines." 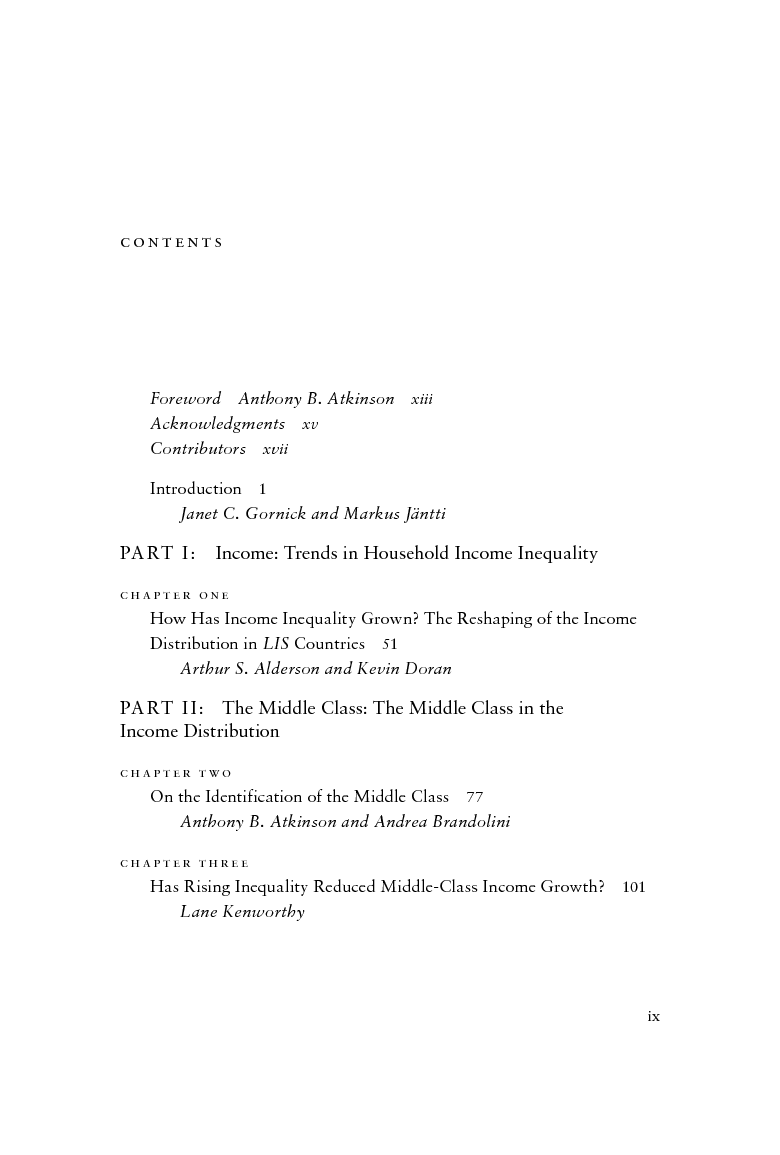 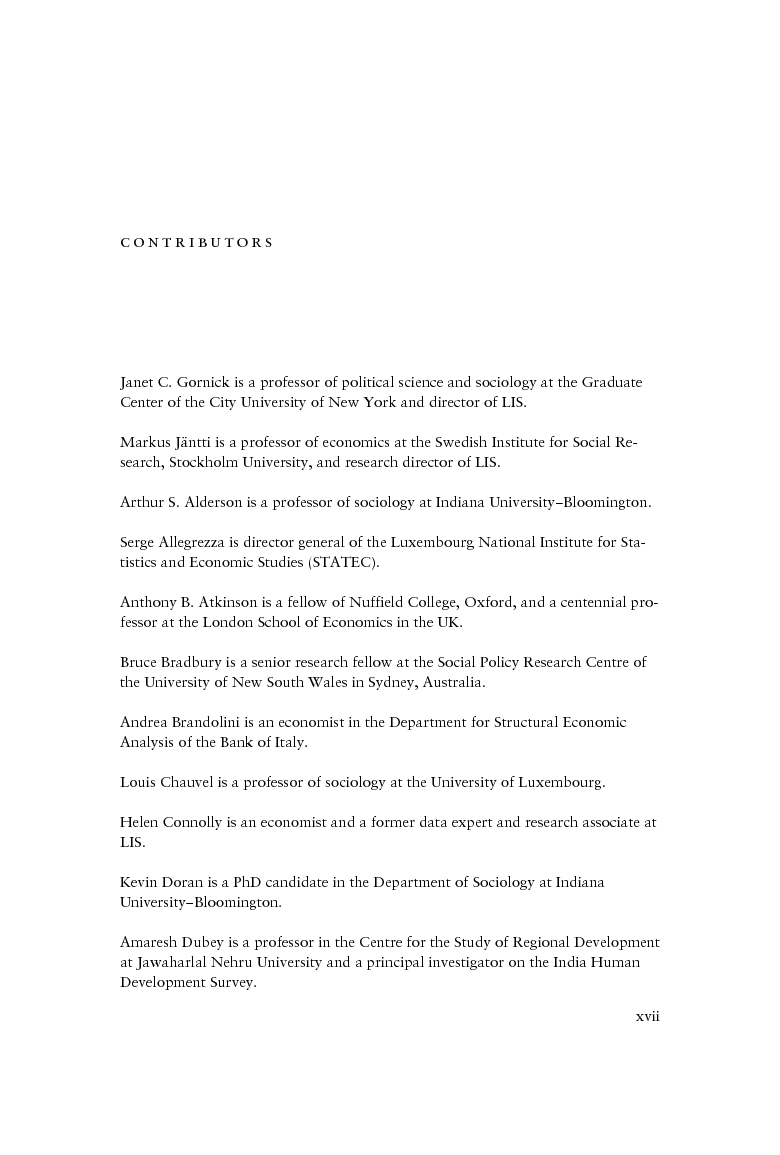 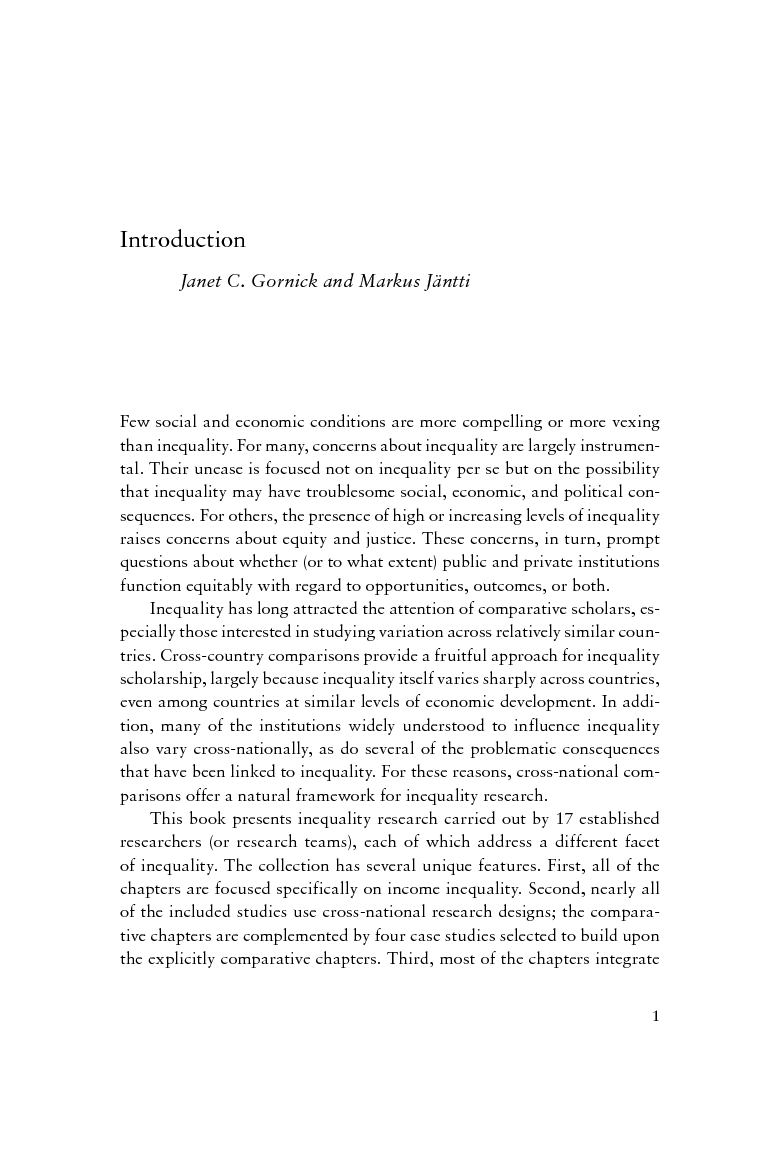 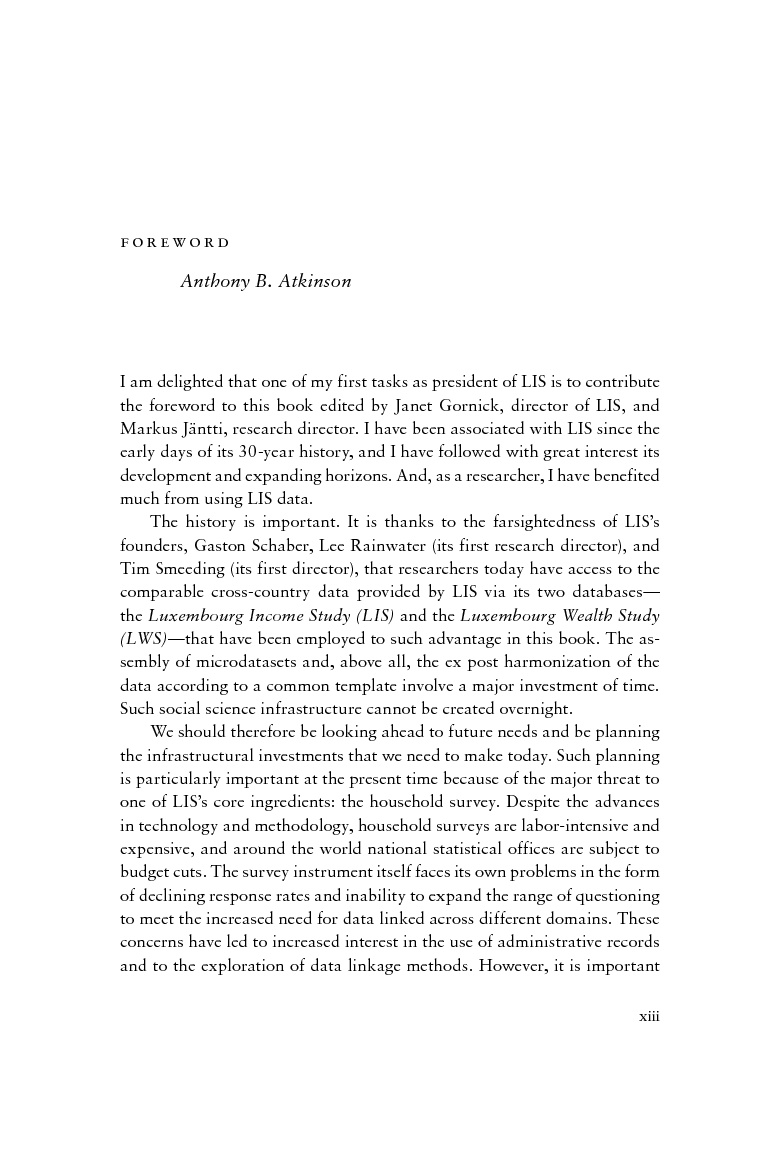