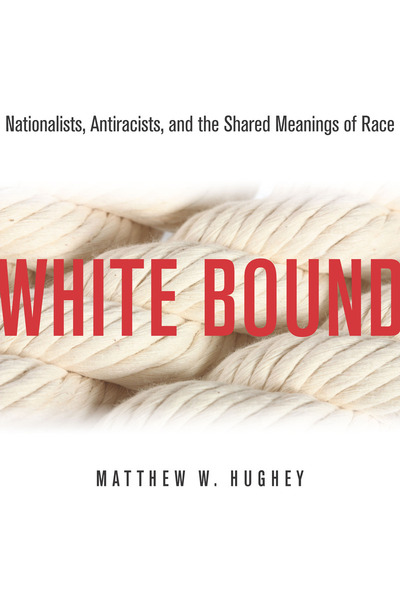 Co-winner of the the 2014 Eduardo Bonilla-Silva Outstanding Book Award, sponsored by the Society for the Study of Social Problems.

Finalist in the 2013 C. Wright Mills Award, sponsored by the Society for the Study of Social Problems.

Honorable Mention in the 2013 AHS Book Award, sponsored by the Association for Humanist Sociology.

Discussions of race are inevitably fraught with tension, both in opinion and positioning. Too frequently, debates are framed as clear points of opposition—us versus them. And when considering white racial identity, a split between progressive movements and a neoconservative backlash is all too frequently assumed. Taken at face value, it would seem that whites are splintering into antagonistic groups, with differing worldviews, values, and ideological stances.

White Bound investigates these dividing lines, questioning the very notion of a fracturing whiteness, and in so doing offers a unique view of white racial identity. Matthew Hughey spent over a year attending the meetings, reading the literature, and interviewing members of two white organizations—a white nationalist group and a white antiracist group. Though he found immediate political differences, he observed surprising similarities. Both groups make meaning of whiteness through a reliance on similar racist and reactionary stories and worldviews.

On the whole, this book puts abstract beliefs and theoretical projection about the supposed fracturing of whiteness into relief against the realities of two groups never before directly compared with this much breadth and depth. By examining the similarities and differences between seemingly antithetical white groups, we see not just the many ways of being white, but how these actors make meaning of whiteness in ways that collectively reproduce both white identity and, ultimately, white supremacy.

Matthew Hughey is Associate Professor at the University of Connecticut. He is the co-editor of The Obamas and a (Post) Racial America? (2011), Black Greek-Letter Organizations, 2.0: New Directions in the Study of African American Fraternities and Sororities (2011), and 12 Angry Men: True Stories of Being a Black Man in America Today (2010), and a frequent voice in national media, including NPR, ABC News, The Huffington Post, Inside Higher Education, and The New York Times.

"This is a smart book that calls attention to a number of important sociological lessons . . . Hughey outdid himself in the strength of his argument."

"This provocative monograph challenges the taken-for-granted meanings, rules and expectations of whiteness that persist within the supposedly polar opposite white nationalist and anti-racist stances, developing a theory of white identity within a bifurcated political debate . . . The clever thesis blurs the boundaries between 'good whites' and 'bad whites', rendering the white reader intellectually stimulated."

"This book brings a fresh and innovative perspective to the sociological analysis of whiteness . . . The key strength of this book is the simplicity and brilliance of the project design. The juxtaposition of these two apparently politically opposed organizations provides rich ethnographic material for Hughey to theorize and deconstruct the micro-politics that facilitates the meanings of whiteness and the reproduction of white hegemony. Without a doubt a further strength of this book is the richness and depth of the ethnography . . . [T]he merits of this book . . . are considerable."

"[T]he study unearths the meanings white people attach to whiteness and explores how those meanings are enacted across the political spectrum . . . The book excels as an example of great ethnography. Hughey paints a vivid picture that takes the reader inside the daily operations of both [National Equality for All (NEA) and Whites for Racial Justice (WRJ)]."

"White Bound is a book that will definitely create a stir in both the academic and the nonacademic communities . . . There is no doubt that White Bound will be viewed as a major contribution in sociology."

"White Bound is both fascinating and horrifying, and a useful contribution to the sociology of race."

"White Bound is a carefully constructed study of the structure and meaning of race, especially whiteness, in the contemporary United States. In an innovative approach, Hughey traces the common logics and similar racial understandings of white racist activists and white antiracist activists to discern the foundational meanings of race in this country. . . Advanced undergraduates and graduate students will find White Bound an excellent model for racial ethnography. It deserves a careful read by all scholars of race and social movements."

"Drawing on rich interviews, Matthew Hughey demonstrates the depths and power of the centuries-old white racial frame in the minds of whites in both explicitly racist and openly antiracist groups. Consciously and unconsciously, whites in both make significant use of racialized social capital and white-centered identities, understandings, and meanings. This is a bold study by a savvy new talent in sociology."

"This book is essential reading! Matthew Hughey expertly uses interview material to demonstrate how current assumptions about whiteness influence two groups as opposite as white nationalists and white antiracists. White Bound makes an important contribution to our understanding of the continuing significance of race in the U.S."

"Hughey offers a provocative effort to plumb the cultural complexity of modern white racial identity. White Bound seeks to illuminate often hidden linkages between racist and antiracist social projects. The book is a worthy addition to the growing literature on whiteness studies." 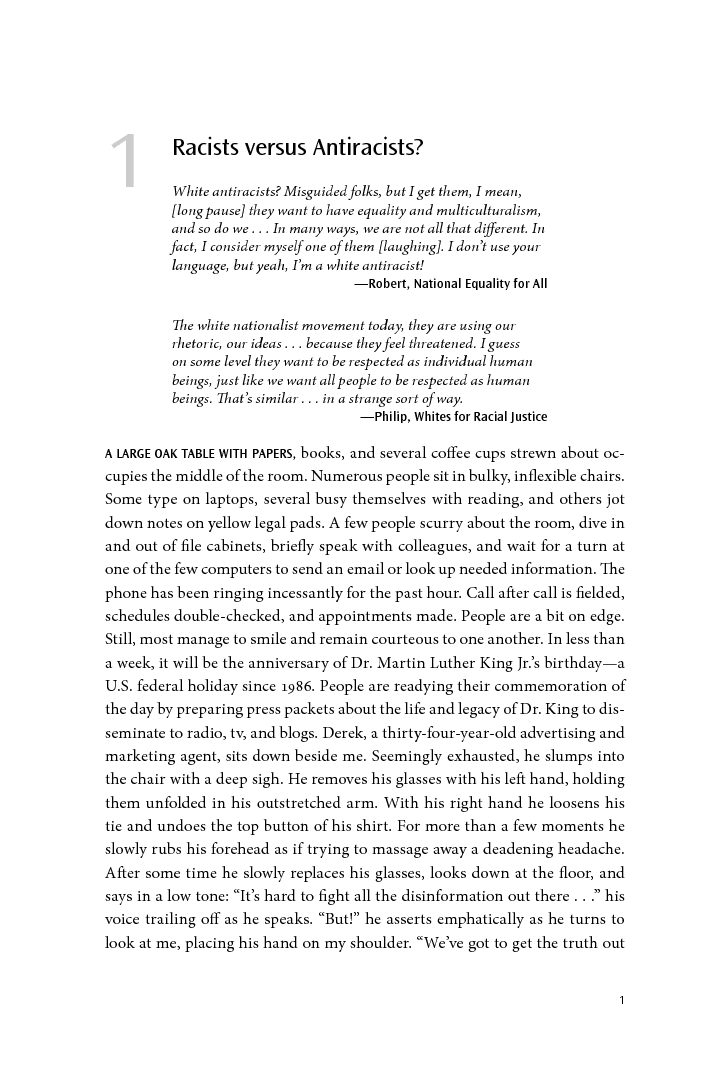 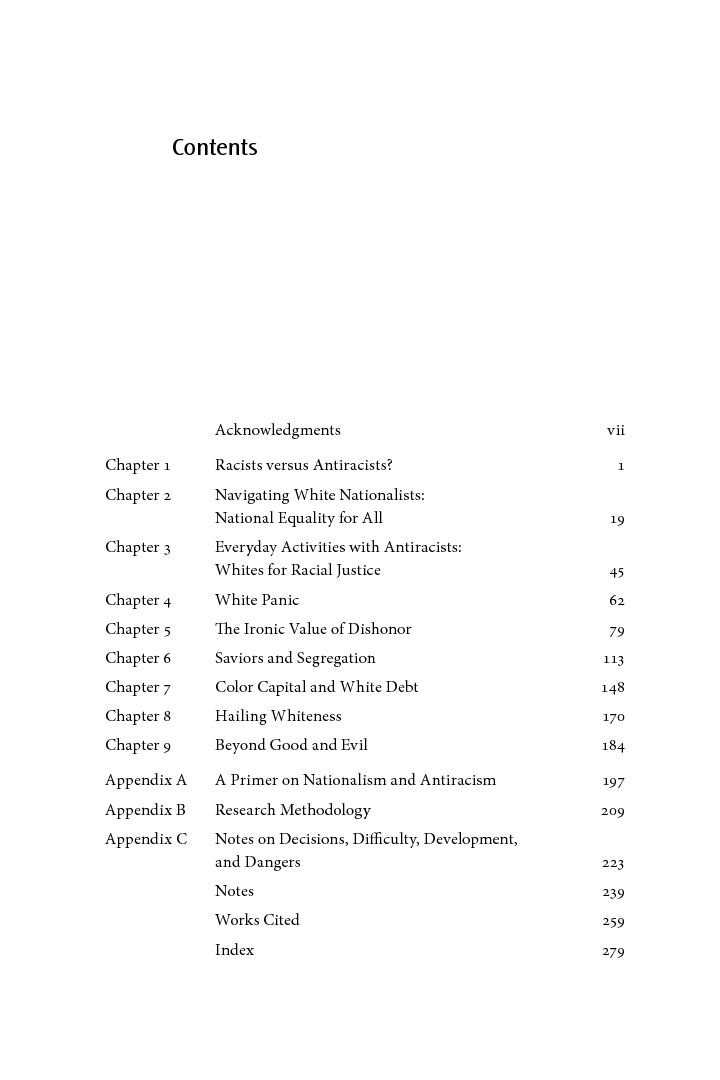