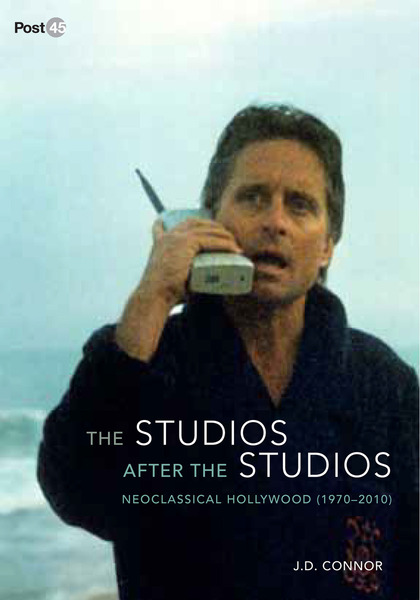 Honorable Mention in the 2016 ASAP Book Prize, sponsored by the Association for the Study of the Arts of the Present.

Modern Hollywood is dominated by a handful of studios: Columbia, Disney, Fox, Paramount, Universal, and Warner Bros. Threatened by independents in the 1970s, they returned to power in the 1980s, ruled unquestioned in the 1990s, and in the new millennium are again beseiged. But in the heyday of this new classical era, the major studios movies — their stories and styles — were astonishingly precise biographies of the studios that made them. Movies became product placements for their studios, advertising them to the industry, to their employees, and to the public at large. If we want to know how studios work—how studios think—we need to watch their films closely. How closely? Maniacally so. In a wide range of examples, The Studios after the Studios explores the gaps between story and backstory in order to excavate the hidden history of Hollywood's second great studio era.

J.D. Connor is Assistant Professor in History of Art and Film Studies at Yale University.

"Connor structures his analysis of product - Jaws, Footloose, Saturday Night Fever, and Flashdance, to name a few - around the idea of corporate auteurship. In each film one can find a link between the artist and the production committee . . . Recommended."

"Connor offers interpretations of key films from the 1970s and 80s that are often highly original and unexpected, making sure that The Studios After the Studios has many thrilling moments of discovery (and surprise). As an important contribution to film studies, it will be especially productive in re-opening the debate on Hollywood and authorship."

"It certainly is a very welcome contribution not just to Hollywood cinema studies but also to media industry studies and film studies more generally."

The Studios after the Studios: Neoclassical Hollywood (1970-2010)

New Review of Film and Television Studies
More in Art