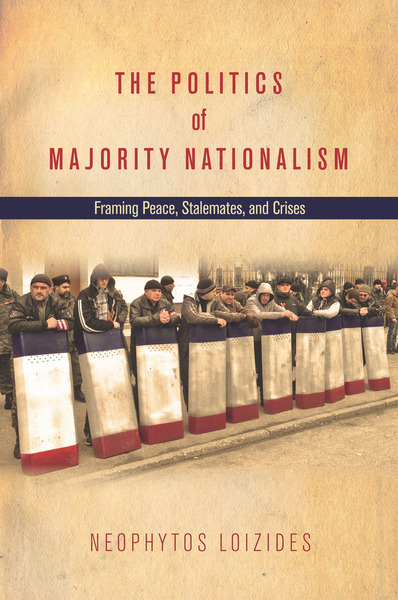 What drives the politics of majority nationalism during crises, stalemates and peace mediations? In his innovative study of majority nationalism, Neophytos Loizides answers this important question by investigating how peacemakers succeed or fail in transforming the language of ethnic nationalism and war. The Politics of Majority Nationalism focuses on the contemporary politics of the 'post-Ottoman neighborhood' to explore conflict management in Greece and Turkey while extending its arguments to Serbia, Georgia and Ukraine. Drawing on systematic coding of parliamentary debates, new datasets and elite interviews, the book analyses and explains the under-emphasized linkages between institutions, symbols, and framing processes that enable or restrict the choice of peace. Emphasizing the constraints societies face when trapped in antagonistic frames, Loizides argues wisely mediated institutional arrangements can allow peacemaking to progress.

Neophytos Loizides is a Reader in International Conflict Analysis at the University of Kent and a Leverhulme Research Fellow.

"In his remarkable and informative book, Neophytos Loizides exploits fundamental advances in prospect theories of the psychology of decision-making to examine how political frames of reference advanced prior to crises can powerfully determine their outcome. Offering an impressive command of the intimate details of nationalist conflicts in southeastern Europe and the Middle East, he shows that in both dangerous and promising ways, ideas as frames can trump interests as the drivers of history and the shapers of our future."

"In The Politics of Majority Nationalism, Loizides theorizes why and how majority nationalism sometimes produces increasing conflict escalation and violence while in other situations there is a movement towards peacemaking and accommodation. To do this, his wide-ranging analysis places the dynamics of framing front and center of his examination of recent cases in the eastern Mediterranean and beyond."

"As a practitioner, I know how difficult it can be to bring together parties who have strong feelings about national identity. By providing examples from recent conflicts, Neophytos Loizides offers a great resource to understand the power of communicating the right messages and creating new positive narratives."

Italy votes Sunday on changing its political system. Here are 3 lessons from Greece.