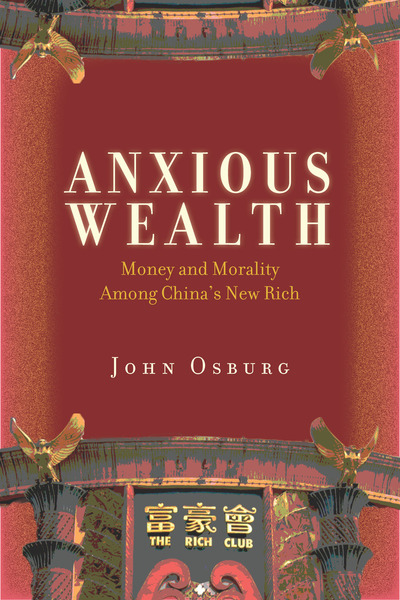 Who exactly are China's new rich? This pioneering investigation introduces readers to the private lives—and the nightlives—of the powerful entrepreneurs and managers redefining success and status in the city of Chengdu. Over the course of more than three years, anthropologist John Osburg accompanied, and in some instances assisted, wealthy Chinese businessmen as they courted clients, partners, and government officials.

Drawing on his immersive experiences, Osburg invites readers to join him as he journeys through the new, highly gendered entertainment sites for Chinese businessmen, including karaoke clubs, saunas, and massage parlors—places specifically designed to cater to the desires and enjoyment of elite men. Within these spaces, a masculinization of business is taking place. Osburg details the complex code of behavior that governs businessmen as they go about banqueting, drinking, gambling, bribing, exchanging gifts, and obtaining sexual services.

These intricate social networks play a key role in generating business, performing social status, and reconfiguring gender roles. But many entrepreneurs feel trapped by their obligations and moral compromises in this evolving environment. Ultimately, Osburg examines their deep ambivalence about China's future and their own complicity in the major issues of post-Mao Chinese society—corruption, inequality, materialism, and loss of trust.

John Osburg is an Assistant Professor of Anthropology at the University of Rochester.

"In Anxious Wealth John Osburg provides important insights into the rise of the new rich in post-Mao China through an ethnographic case study on young and middle-aged, male private entrepreneurs . . . Osburg has done an excellent job deciphering hidden cultural rules and moral codes in this gendered and sexualised space of elite masculinity . . . [T]his carefully written ethnography provides an important and accessible guide for understanding relationship cultivation, gender relations, inequality, class, and consumption in China's ongoing market transition. The book will appeal not only to anthropologists of contemporary China, but to anyone interested in the dynamic relationship between culture and economy."

"In an engaging and compelling example of an anthropologist 'studying up', John Osburg opens an insightful window onto what happens behind closed doors among the new rich of Chengdu, the capital of Sichuan Province, in China's interior . . . Osburg makes a convincing case that gendered hierarchies and networking practices intimately intertwine state and society in the Chinese Market Era . . . Osburg's timely ethnography captures the Zeitgeist of the new rich in China . . . Osburg provides compelling evidence that elite networks, and the accumulation of wealth and privileges these entail, result from structures of state power and economic opportunities in contemporary China . . . [T]his ethnography makes important contributions to debates about morality, privilege, and sentiment, especially under conditions of capitalist marketization."

"[Osburg's] ethnographic study of the emergence of China's new rich in the last three decades depicts and analyzes networks among elite entrepreneurs and between themselves and government officials, through which they establish alliances or even social institutions to generate, increase, and protect their wealth and social status . . . A must have book for China studies . . . Highly recommended."

"John Osburg's arguments about the constitution of elite networks, the relational morality that structures those networks, and the profound importance of gender to male power in China are thought-provoking, compelling and provocative. Osburg takes us into a world of deal-making and networking that is often, literally, hidden behind curtains and closed doors. This book is a must-read for people seeking to better understand how power operates in China today."

"Anxious Wealth is a compelling narrative of China's new rich, revealing the blurred boundaries of legality/illegality in the guanxi networks of private entrepreneurs, government officials, and state corporate managers. Osburg provides a valuable explanation of how masculinity, elite status, and wealth are stitched together in the leisure-cum-business activities of KTVs, saunas, and sex, thereby reframing notions of Chinese masculinity. This book offers a rare story of the interior, in Chengdu, Sichuan, giving readers another angle on the specificities by which capitalism is unfolding in China." 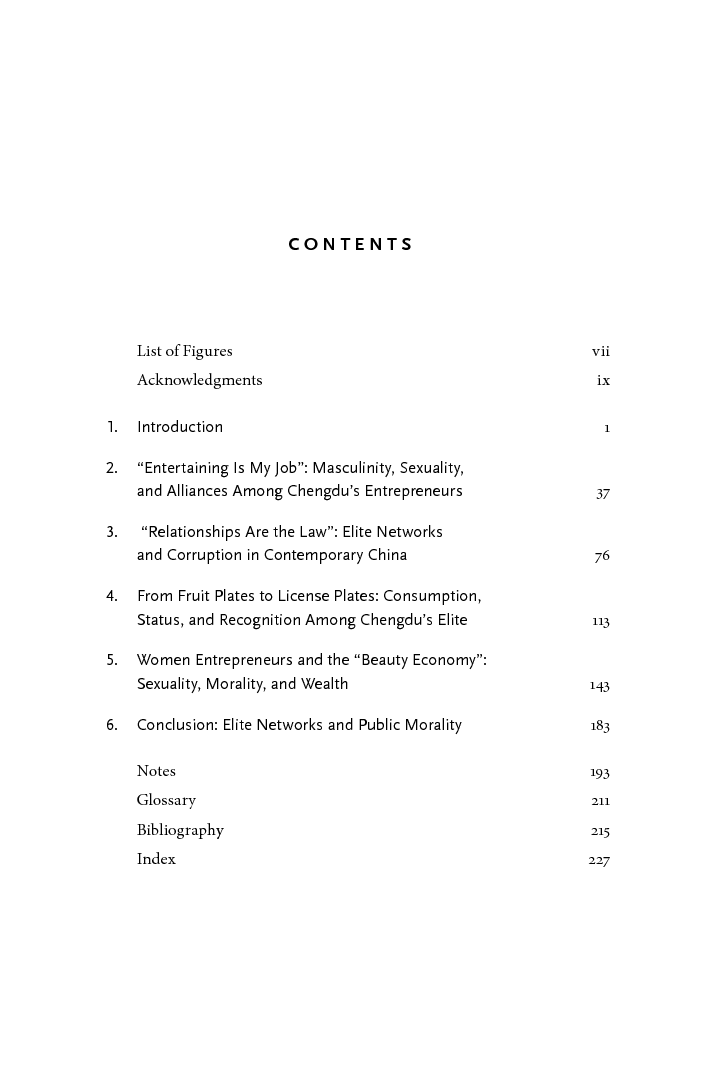 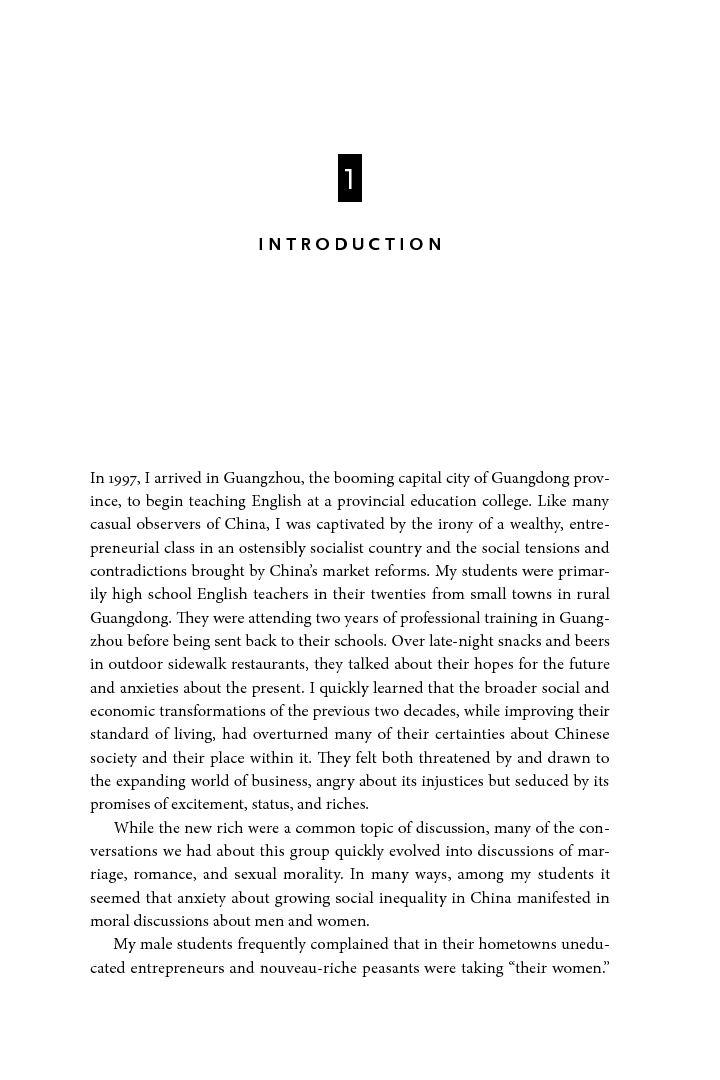 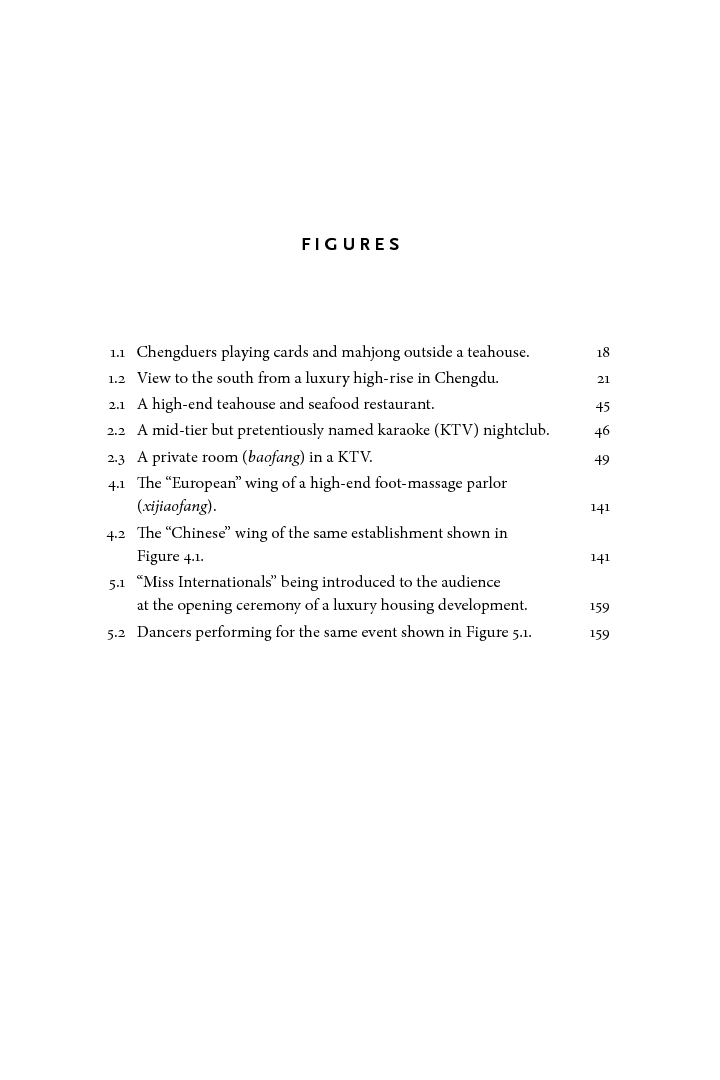