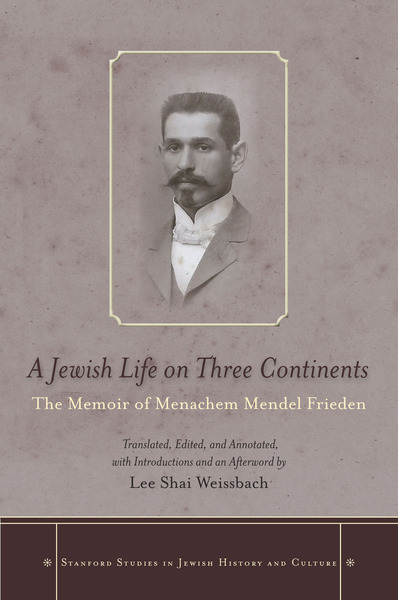 A Jewish Life on Three Continents
The Memoir of Menachem Mendel Frieden
Translated, Edited, and Annotated, and with Introductions and an Afterword by Lee Shai Weissbach
SERIES: Stanford Studies in Jewish History and Culture

This remarkable memoir by Menachem Mendel Frieden illuminates Jewish experience in all three of the most significant centers of Jewish life during the late nineteenth and early twentieth centuries. It chronicles Frieden's early years in Eastern Europe, his subsequent migration to the United States, and, finally, his settlement in Palestine in 1921. The memoir appears here translated from its original Hebrew, edited and annotated by Frieden's grandson, the historian Lee Shai Weissbach.

Frieden's story provides a window onto Jewish life in an era that saw the encroachment of modern ideas into a traditional society, great streams of migration, and the project of Jewish nation building in Palestine. The memoir follows Frieden's student life in the yeshivas of Eastern Europe, the practices of peddlers in the American South, and the complexities of British policy in Palestine between the two World Wars. This first-hand account calls attention to some often ignored aspects of the modern Jewish experience and provides invaluable insight into the history of the time.

Lee Shai Weissbach is Professor of History at the University of Louisville. His previous publications include The Synagogues of Kentucky: Architecture and History (1995), and Jewish Life in Small-Town America: A History (2005).

"The full annotations and the general introduction of the translator-editor along with his perceptive and objective introductions to each chapter make the text comprehensible to readers without familiarity with the topic. Frieden was not a leader or an important personage. Precisely for that reason, it is a window into how intelligent and committed ordinary Jews interpreted some of the key developments in modern Jewish religious life. The translation is extremely smooth, and this could easily be used as a source for student research as well as a basis for class discussions. The descriptions of Jewish life 'on three continents' make this book a useful addition to collections with strengths in modern Jewish religious life."

"Frieden's memoir is a fascinating and useful narrative about Jewish life in Eastern Europe, the United States, and the Land of Israel, and his literary skill will help to make this memoir accessible to non-academic readers. Weissbach has made a significant contribution by adeptly translating and making this illuminating historical source available to the English-language readership."

"Freiden's memoir is a rich source for detailing many aspects of Jewish life in a small rural Jewish community in Lithuania, the Hassidic yeshivot and customs in Latvia and Belarus, the awakening to Western culture of traditional young Jews, the influence of American Zionists on the modern yishuv, and on the 1948 Israeli war of independence, among others."

"This rich memoir captures the tumultuous historical epoch through the prism of individual self-reflection, laying bare the havoc wrought on the Jewish world by processes of migration, adaptation, and nation building a century ago. Indeed, it highlights the transnational character of Jewish life in the early twentieth century." 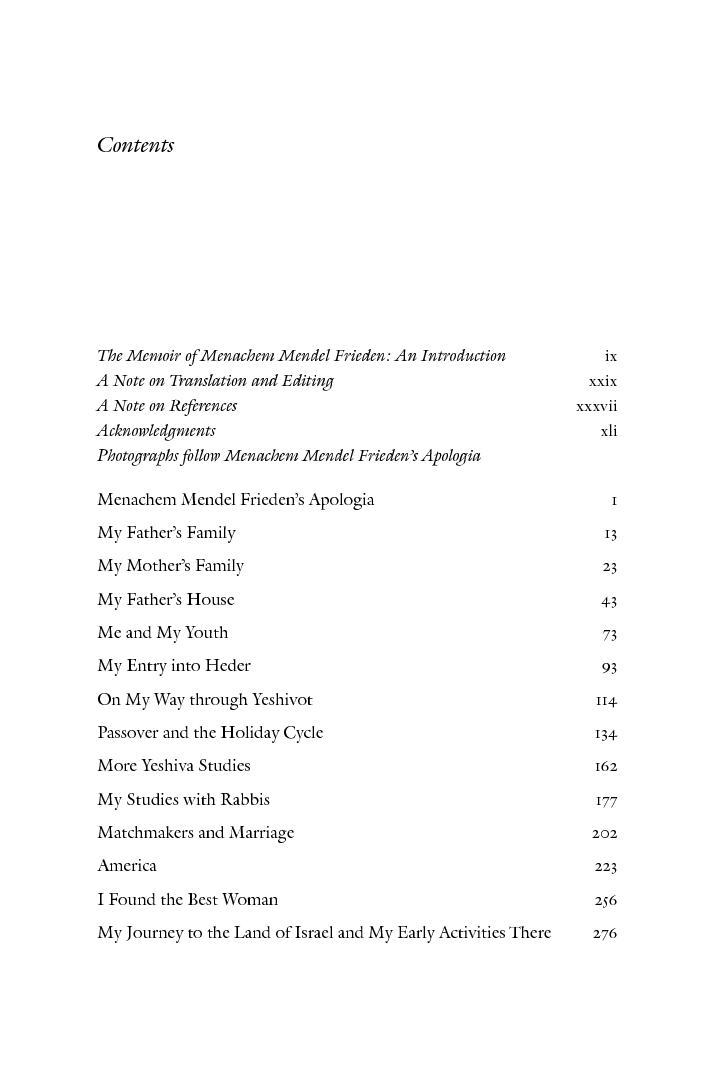 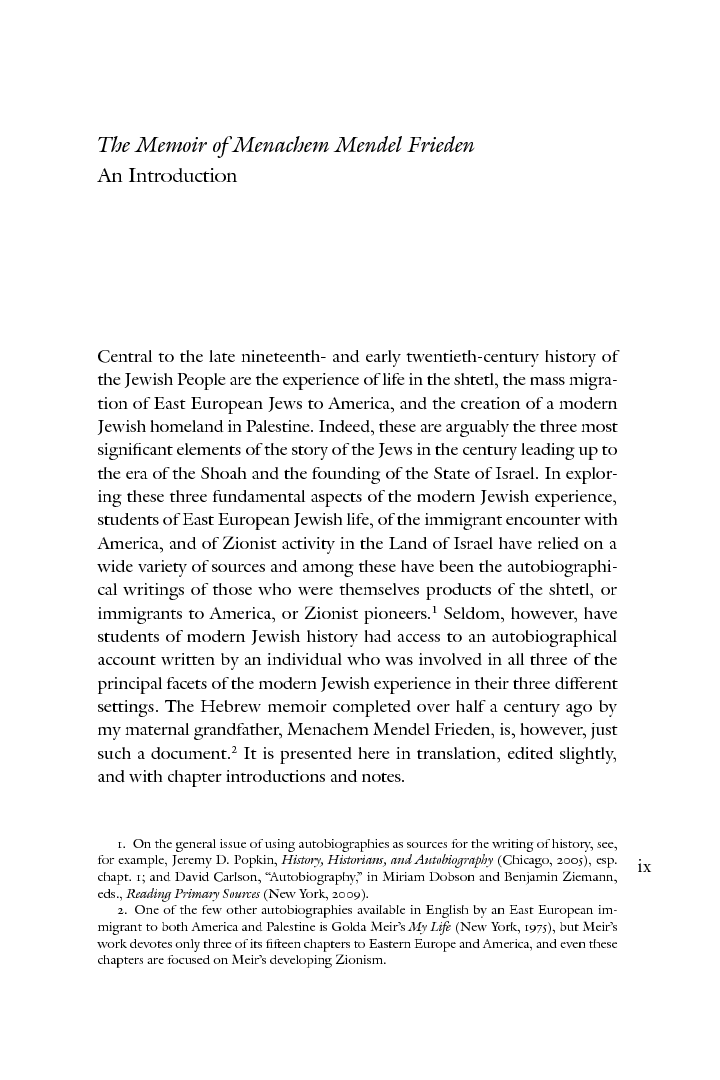