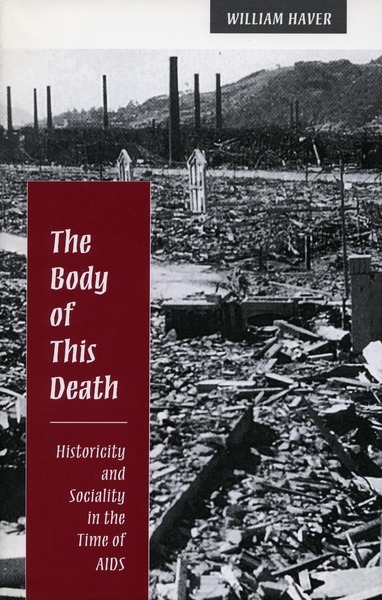 Examining the AIDS pandemic and Japanese A-bomb literature, this book asks the question of how the experience of unimaginable and unrepresentable loss affects the experience and constitution of the social and the discourses of history. It argues that those objects which are presumptively given to thought under the rubrics of “AIDS” and “Hiroshima/Nagasaki” pose an essential threat, in their existentiality, to conceptual thought and, ultimately, to rationality altogether. It therefore argues that any serious thinking about AIDS and nuclear terror must think the essential insufficiency of thought to its putative objects—the insufficiency of “society” to think sociality, the insufficiency of “history” to think historicity.

William Haver is Associate Professor of History at Binghamton University

“I have, quite simply, not read this kind of writing in which historical trauma and the limits of linguistic representation are probed in just this way. Haver’s work moves from literary criticism to a theory of the social. He suggests that what is most historically remarkable about unthinkable loss is precisely what eludes and yet structures what can be thought.”—Judith Butler, University of California, Berkeley