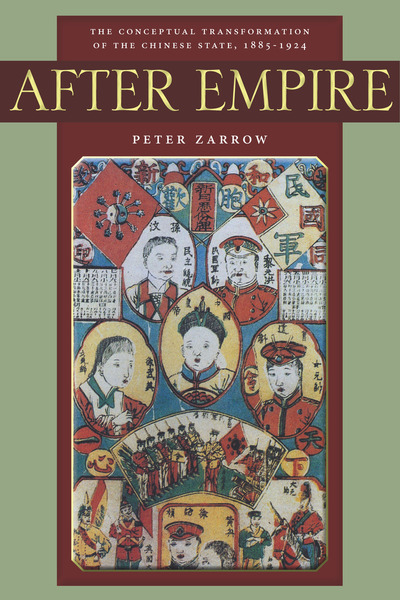 After Empire
The Conceptual Transformation of the Chinese State, 1885-1924
Peter Zarrow

One of five winners of the the 2012 Scholarly Monograph Award in the Humanities and Social Sciences, sponsored by the Academia Sinica.

From 1885–1924, China underwent a period of acute political struggle and cultural change, brought on by a radical change in thought: after over 2,000 years of monarchical rule, the Chinese people stopped believing in the emperor. These forty years saw the collapse of Confucian political orthodoxy and the struggle among competing definitions of modern citizenship and the state. What made it possible to suddenly imagine a world without the emperor?

After Empire traces the formation of the modern Chinese idea of the state through the radical reform programs of the late Qing (1885–1911), the Revolution of 1911, and the first years of the Republic through the final expulsion of the last emperor of the Qing from the Forbidden City in 1924. It contributes to longstanding debates on modern Chinese nationalism by highlighting the evolving ideas of major political thinkers and the views reflected in the general political culture.

Zarrow uses a wide range of sources to show how "statism" became a hegemonic discourse that continues to shape China today. Essential to this process were the notions of citizenship and sovereignty, which were consciously adopted and modified from Western discourses on legal theory and international state practices on the basis of Chinese needs and understandings. This text provides fresh interpretations and keen insights into China's pivotal transition from dynasty to republic.

Peter Zarrow is Research Fellow at the Institute of Modern History, Academia Sinica, in Taiwan. His research focuses on modern Chinese cultural history, with a special interest in intellectual change, scholarship, and historiography.

"[F]inely argued and cogently presented . . . Peter Zarrow's book is a welcome addition to the study of the modern transformation in Chinese history, and without doubt will remain one of the most authoritative researches on the development of Chinese political ideas for many years to come."

"The result of this detailed historiographic study is a volume written both for the curious student and for expert historians of modern China. While the former will be intrigued by the chronologically compact minutiae of the transition from the Qing empire to the Republic of China, the latter will appreciate the unceasing analysis of historical interpretation, most fruitfully discussed in Zarrow's endnotes . . . In summary, After Empire is an important contribution to the historical discourse of China's imperial-republican transition and should also be widely welcomed by non-specialists with an interest in China."

"Zarrow challenges us to think about political developments in China from an indigenous framework or worldview."

"In a familiar intellectual-biographical vein, [Zarrow] analyzes the evolving thought of such seminal and influential advocates as Kang Yuwei and Liang Qichao, and, to a lesser extent, Tan Sitong, Zhang Binglin, Yan Fu, and the less well-known Yang Du. Careful re-examination and comparative analysis of their ideas, and the foreign sources on which they drew, yields the best and most carefully nuanced survey currently available of the logical necessities and possibilities governing the debates about national identity and constitutional forms, the roles of culture and ethnicity, and processes and prospects of nation-building. The discourse analysis based on these well-known iconic figures is further reinforced by Zarrow's fresh readings and wide-ranging citations of the contemporary public media . . . [I]nterdisciplinary historians and the modern China field will be grateful to Zarrow for this major contribution."

"After Empire: The Conceptual Transformation of the Chinese State, 1885-1924 is a welcome and highly recommended core addition to personal, community, and academic library Chinese History collections."

"This is a deeply researched and intellectually ambitious work. Zarrow speaks with the authoritative and convincing voice of one who knows his subject deeply and has thought long and hard about the issues." 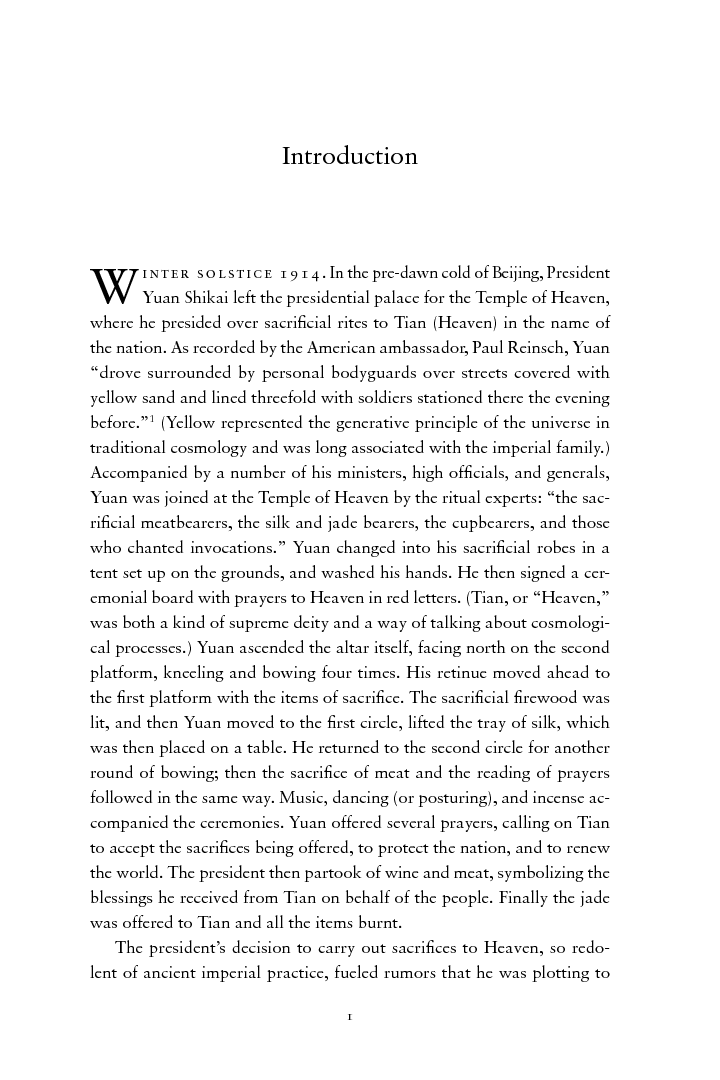 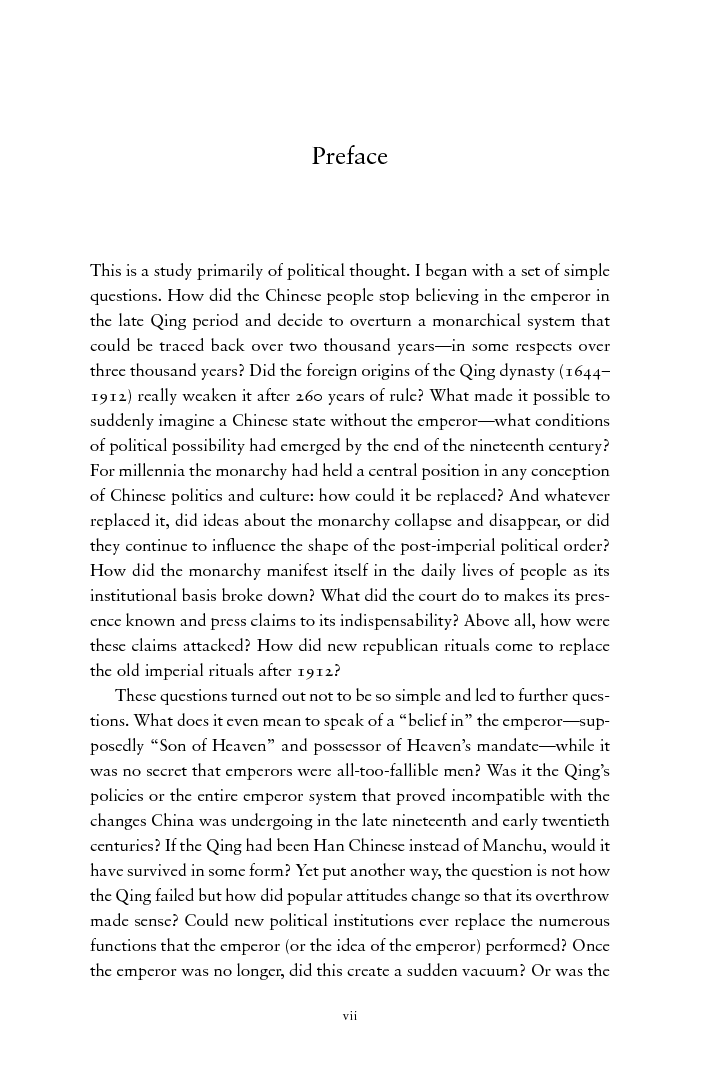 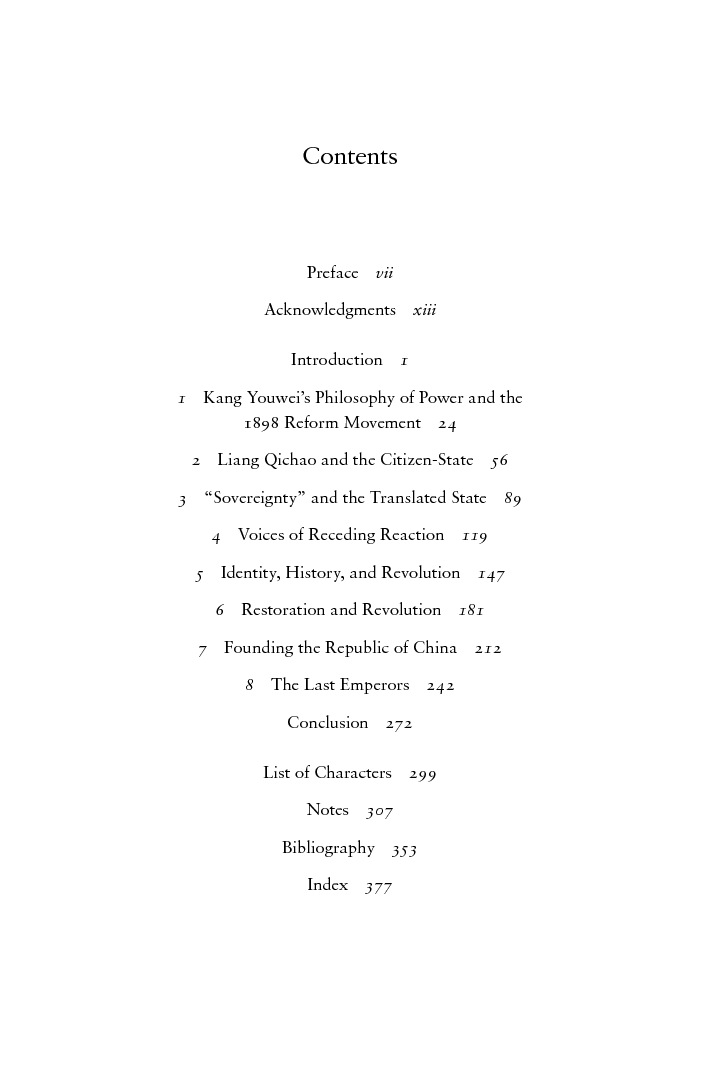