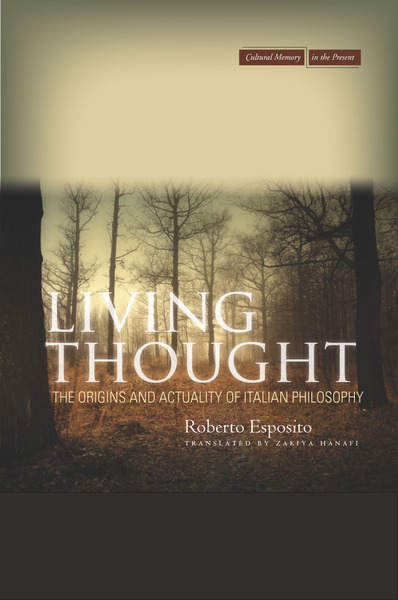 The work of contemporary Italian thinkers, what Roberto Esposito refers to as Italian Theory, is attracting increasing attention around the world. This book explores the reasons for its growing popularity, its distinguishing traits, and why people are turning to these authors for answers to real-world issues and problems. The approach he takes, in line with the keen historical consciousness of Italian thinkers themselves, is a historical one. He offers insights into the great "unphilosophical" philosophers of life—poets, painters, politicians and revolutionaries, film-makers and literary critics—who have made Italian thought, from its beginnings, an "impure" thought. People like Machiavelli, Croce, Gentile, and Gramsci were all compelled to fulfill important political roles in the societies of their times. No wonder they felt that the abstract vocabulary and concepts of pure philosophy were inadequate to express themselves. Similarly, artists such as Dante, Leonardo Da Vinci, Leopardi, or Pasolini all had to turn to other disciplines outside philosophy in order to discuss and grapple with the messy, constantly changing realities of their lives.

For this very reason, says Esposito, because Italian thinkers have always been deeply engaged with the concrete reality of life (rather than closed up in the introspective pursuits of traditional continental philosophy) and because they have looked for the answers of today in the origins of their own historical roots, Italian theory is a "living thought." Hence the relevance or actuality that it holds for us today.

Continuing in this tradition, the work of Roberto Esposito is distinguished by its interdisciplinary breadth. In this book, he passes effortlessly from literary criticism to art history, through political history and philosophy, in an expository style that welcomes non-philosophers to engage in the most pressing problems of our times. As in all his works, Esposito is inclusive rather than exclusive; in being so, he celebrates the affirmative potency of life.

Roberto Esposito is Vice-Director and Professor of Theoretical Philosophy at the Italian Institute for Human Sciences in Florence and Naples, Italy.

"Esposito explores the distinguishing roots and characteristics of Italian philosophy and the reasons for a surge of interest worldwide in what Italian thinkers have to say about current issues. He writes engagingly for a broad scholarly audience, drawing on literary criticism, art history, political theory, and philosophy."

"In this expansive, provocative, and beautifully written work, Roberto Esposito, who is one of the most original voices in the Continental panorama today, sets out to articulate the 'Italian difference,' a question all the more enticing in light of the waning of the French generation that shaped the profile of European philosophy from the 1970s onward."

"This extraordinary and totally innovative analysis of the role of Italian philosophy within the European tradition shows that from the time of the Renaissance, Italian thought has had a specificity and an originality that is still present today in the philosophical elaborations of Italy's major thinkers, such as Gianni Vattimo, Remo Bodei, and Giorgio Agamben." 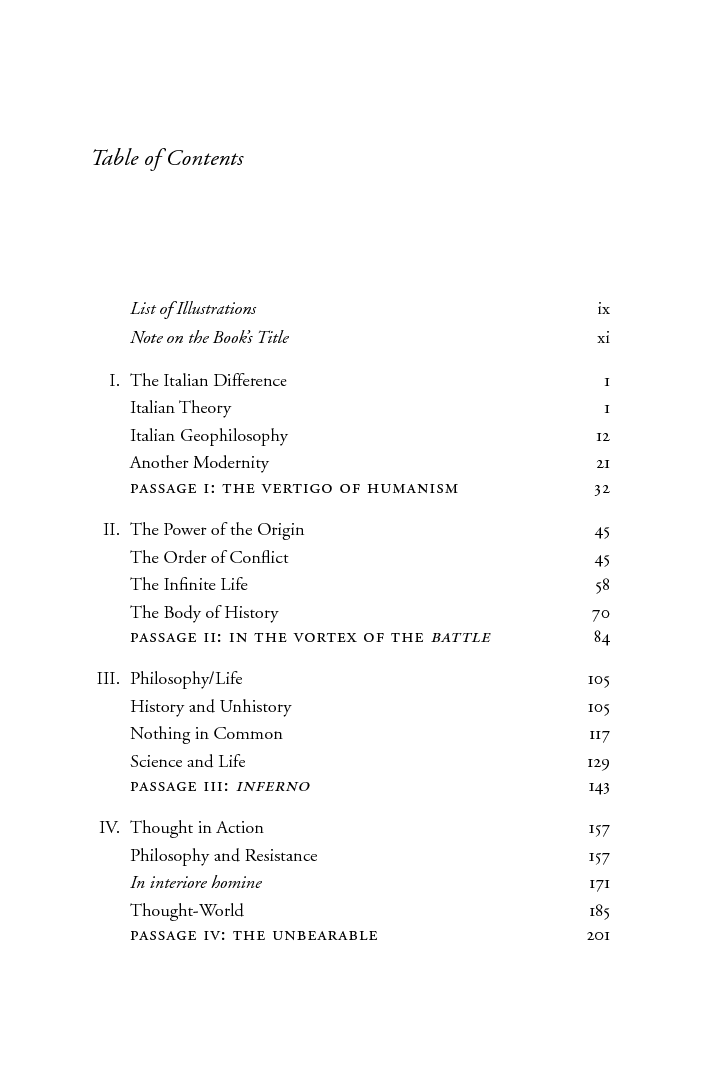 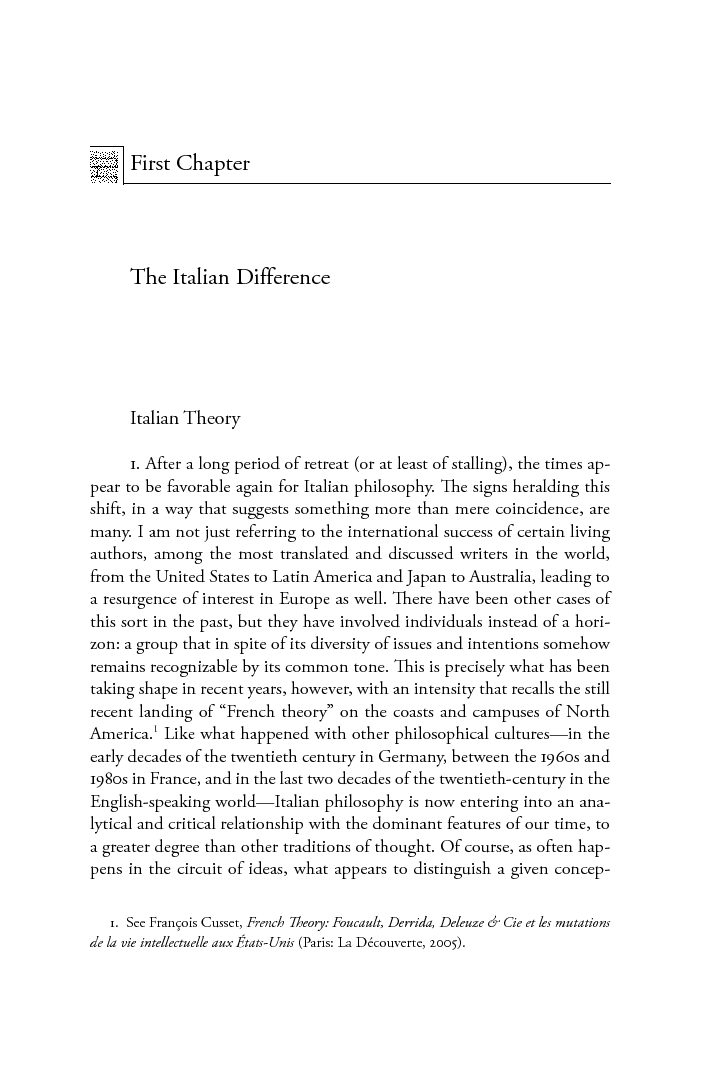 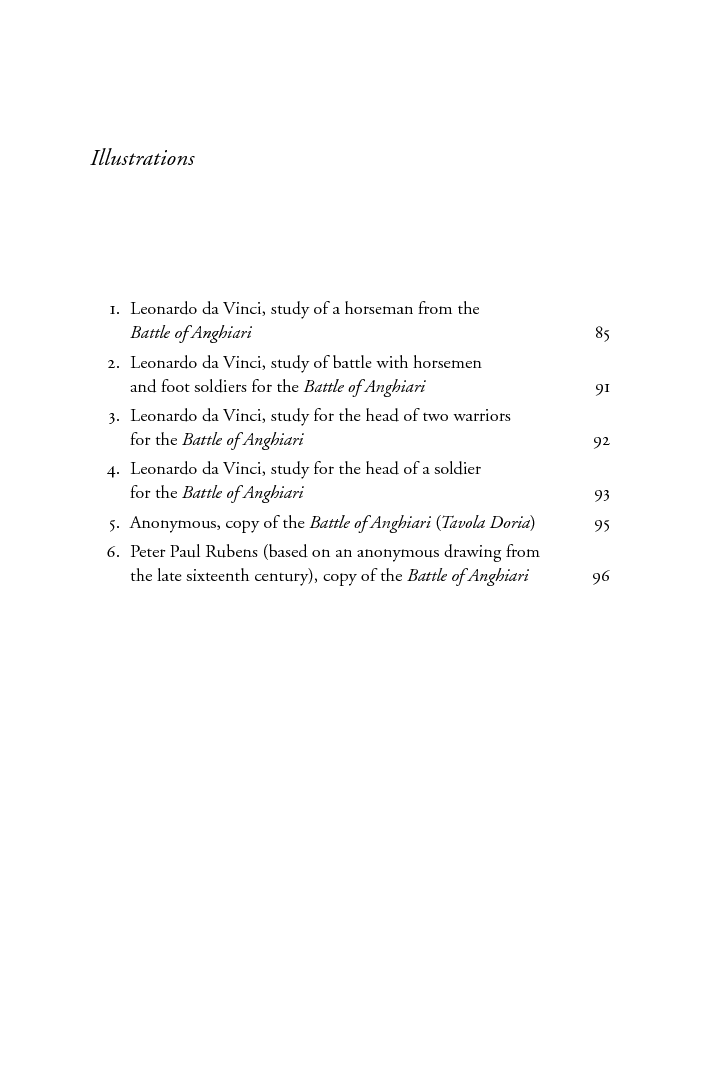