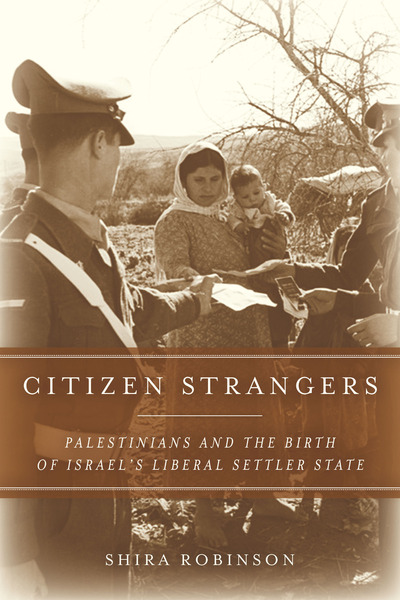 Following the 1948 war and the creation of the state of Israel, Palestinian Arabs comprised just fifteen percent of the population but held a much larger portion of its territory. Offered immediate suffrage rights and, in time, citizenship status, they nonetheless found their movement, employment, and civil rights restricted by a draconian military government put in place to facilitate the colonization of their lands. Citizen Strangers traces how Jewish leaders struggled to advance their historic settler project while forced by new international human rights norms to share political power with the very people they sought to uproot.

For the next two decades Palestinians held a paradoxical status in Israel, as citizens of a formally liberal state and subjects of a colonial regime. Neither the state campaign to reduce the size of the Palestinian population nor the formulation of citizenship as a tool of collective exclusion could resolve the government's fundamental dilemma: how to bind indigenous Arab voters to the state while denying them access to its resources. More confounding was the tension between the opposing aspirations of Palestinian political activists. Was it the end of Jewish privilege they were after, or national independence along with the rest of their compatriots in exile? As Shira Robinson shows, these tensions in the state's foundation—between privilege and equality, separatism and inclusion—continue to haunt Israeli society today.

Shira Robinson is Associate Professor of History and International Affairs at The George Washington University.

"Citizen Strangers is an extremely important, highly scholarly work on the conflict between Zionism and the Palestinians . . . The book is based on exemplary original research involving extensive use of both Hebrew and Arabic archives and newspapers, as well as interviews . . . This is an essential work for scholars (including serious nonspecialists) and policy-makers concerned with Israel/Palestine or broadly with ethnic conflict and colonialism. Summing Up: Essential."

"This well-researched book thus provides essential context for current events in the occupied Palestinian Territories and is required reading for anyone interested in exploring the roots of the Israeli-Palestinian conflict."

"Robinson's well-researched and detailed account of Israel's dramatic formation period and the creation of what she calls 'a liberal settler state' is a welcome academic addition to Israeli and Palestinian historiography."

"Shira Robinson brilliantly demonstrates that the treatment of Palestinian citizens in Israel is a mirror of Israel itself. Carefully tracing the historical dynamics of the institutions that constructed Palestinian residents as both liberal citizens and colonial subjects, Robinson shows how these institutions also shaped Israeli citizenship, legal order, and society."

"The paradox that cleaves the title of this exceptional book into two goes to the heart of its revelatory findings: a state that is both liberal and settler-colonial is an oxymoron. Robinson's absorbing, meticulously researched account decisively historicizes Israel's contradictory combination of colonial subordination at home with pretensions to democracy abroad."

"Shira Robinson offers a rich analysis of the politics and laws that shaped Palestinian citizenship in Israel, the complexities of liberalism, and issues of control and domination in settler colonial states to illuminate the historical roots of Israeli politics toward Palestinians today."

"In recent years the concept of settler colonialism has become a fashionable if controversial way of understanding the Palestine-Israel conflict. It draws parallels between the Zionist movement and European settlers in North America, Australia and elsewhere who built their own societies and economies while excluding, dispossessing or eliminating the natives. There are some obvious differences. But Jewish immigrants who were fleeing anti-Semitism were also settlers. Robinson uses that framework to study the Palestinian minority left in Israel after 1948 and the paradox of their being second-class citizens living under a military government, but with democratic rights, and in a Jewish state surrounded by Arab enemies. Superbly researched using archival and a wealth of other sources in Arabic and Hebrew."

"Shira Robinson has authored a remarkable book. Citizen Strangers: Palestinians and the Birth of Israel's Liberal Settler Stateprovides a detailed panorama of the many ways in which the Israeli state limited the rights of its Palestinian subjects; it reveals the latter's acts of refusal and resistance; and it provides incredible insights on Israeli perceptions of citizenship and sovereignty.[T]he conceptual and temporal paradigm suggested in this book will inspire many scholars working in the field. Indeed, Citizen Strangers is a great academic achievement that reveals much about the past and helps us understand, with tragic clarity, the realities of the present."

"Robinson describes techniques of exclusion with a concreteness and detail that is useful and compelling. The book is therefore an important addition to the empirical literature on Israeli treatment of Palestinians, and the theoretical frame leads to further debate about how this treatment is best conceptualized."

"Robinson's framework succeeds in moving 'beyond the conceptual straitjacket' that tends to trap other studies that examine Zionism purely as a purely settler-colonial movement, precluding any attempts to examine Israel as part of the global history of liberalism. We are encouraged not to view these currents as mutually exclusive; Israeli policies of early statehood encompassed elements of both settler colonialism and liberal democracy." 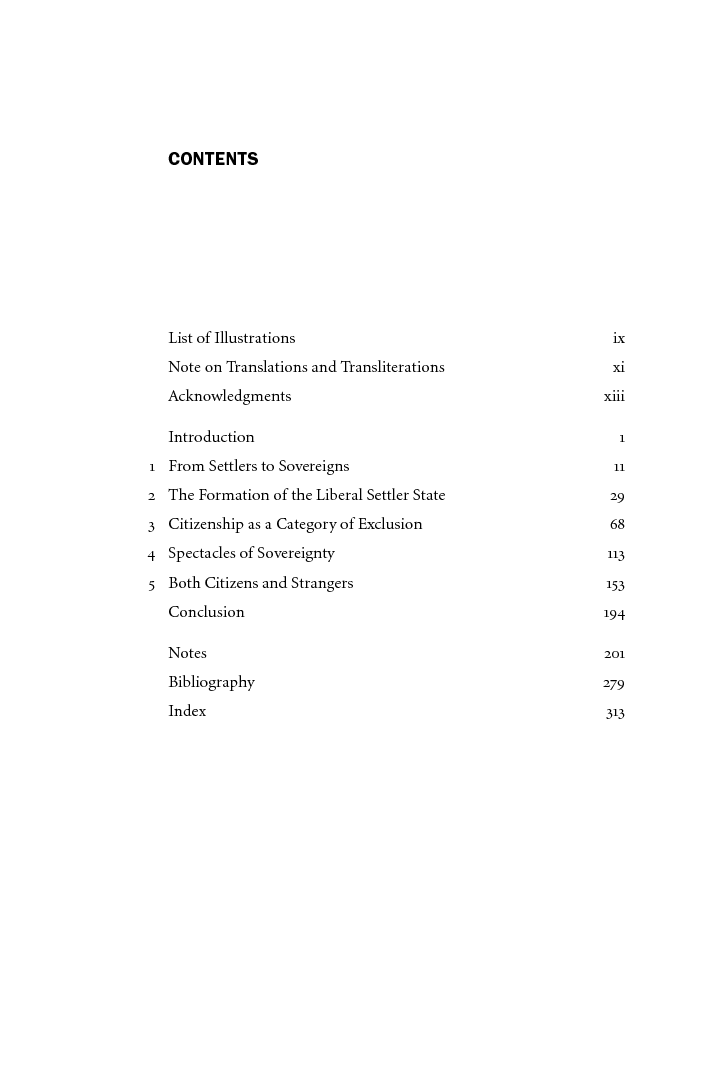 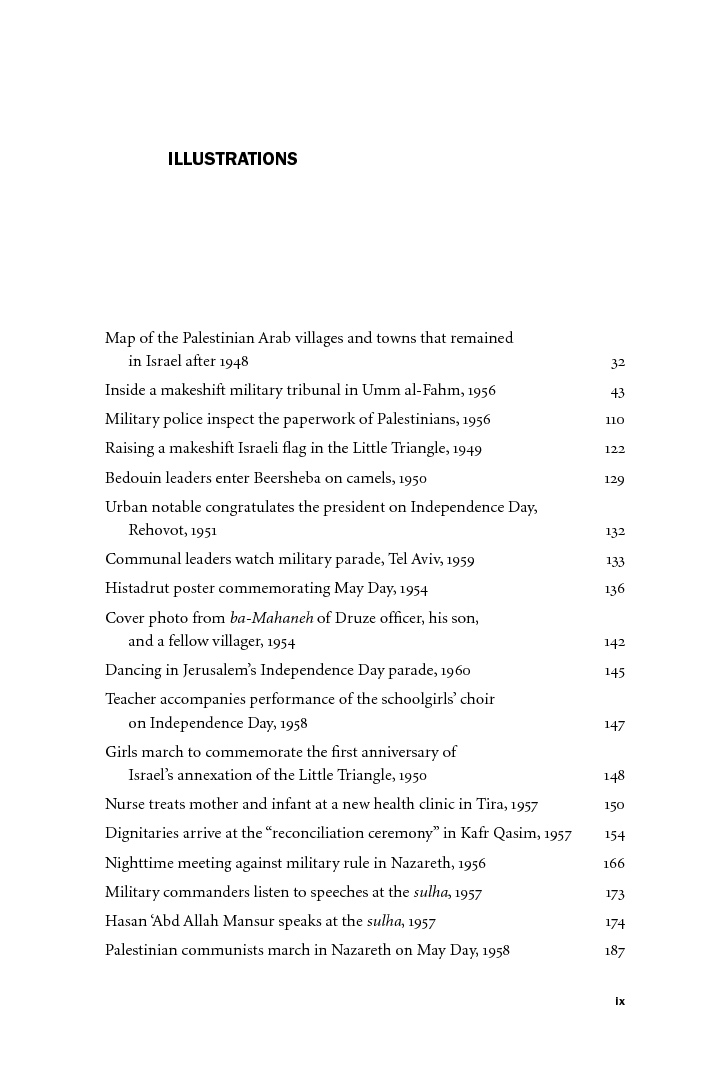 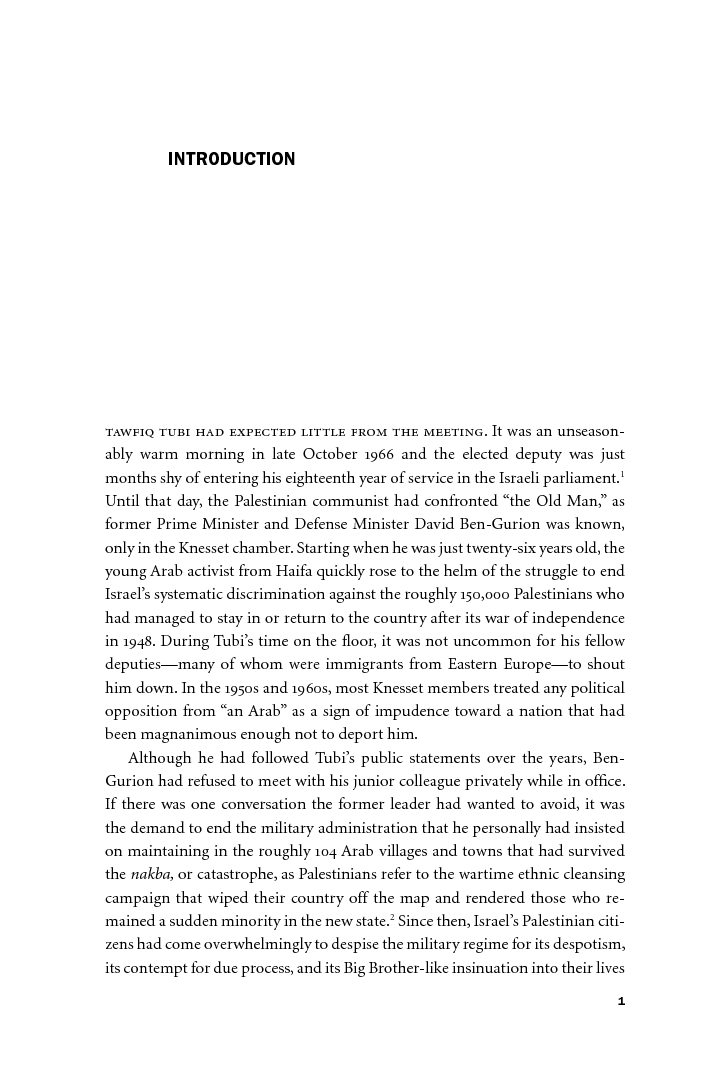