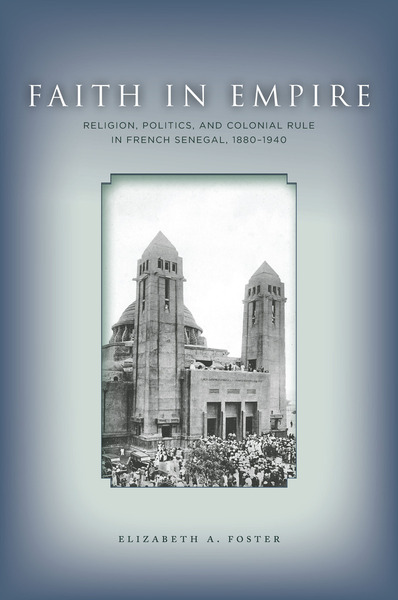 Faith in Empire is an innovative exploration of French colonial rule in West Africa, conducted through the prism of religion and religious policy. Elizabeth Foster examines the relationships among French Catholic missionaries, colonial administrators, and Muslim, animist, and Christian Africans in colonial Senegal between 1880 and 1940. In doing so she illuminates the nature of the relationship between the French Third Republic and its colonies, reveals competing French visions of how to approach Africans, and demonstrates how disparate groups of French and African actors, many of whom were unconnected with the colonial state, shaped French colonial rule. Among other topics, the book provides historical perspective on current French controversies over the place of Islam in the Fifth Republic by exploring how Third Republic officials wrestled with whether to apply the legal separation of church and state to West African Muslims.

Elizabeth A. Foster is Assistant Professor of History at Tufts University.

"French Catholic missionaries, Foster argues, were important interlocutors, along with colonial officials, the French metropole, and Senegalese themselves, in the shaping of French colonial policy. Her account adds depth to the trend in colonial studies to deconstruct the hegemonic power of colonialism and to reinsert the agency of competing nodes of power."

"Foster deepens our knowledge of the relations between the Fathers of the Holy Spirit (Spiritans) and colonial officials in Senegal under the French Third Republic by weaving together archival documents, ecclesiastical correspondences, and journal articles . . . Foster has written a well-documented 'archive-driven' history . . . In sum, Faith in Empire is a powerful case study for understanding the importance of hesitations, confusions, contradictions, accommodation, and compromise in shaping colonial rule in French West Africa."

"In her first major monograph Elizabeth Foster has delivered an exceptional account of the complex relationship between religion and politics in French West Africa during the colonial period . . . In the end Foster has produced a highly accessible account of the intricate nature of religion and politics in Senegal that ably captures how religious issues and local dynamics had the ability to affect colonial politics as well as intra-imperial relations."

"Elizabeth A. Foster has provided a pioneering work on the Catholic priests, nuns, brothers, and missionaries of Senegal . . . [Foster] makes an excellent case for the limits of knowledge and power in the administration and the ability of interest groups, particularly African chiefs and communities, to affect outcomes."

"Overall, Foster's study is an important and welcome addition to the scholarship of French colonialism and Senegalese history. It offers a new analytical framework as well as a unique window into the colonial experience."

"Foster explores the intricate web of relationship that defined colonial Senegal between 1880 and 1940 and shaped interactions among administrators, Catholic missionaries, and Africans, including Muslims, animists, and the minority of Christian converts. This complex, engaging story is deeply rooted in research in colonial and religious archives . . . Recommended."

"The book's chapters explore a variety of fascinating themes and events . . . Faith in Empire has much to offer readers interested in debates about the imperial past and its legacies; historical and contemporary struggles over secularism; and the complicated relationship between religion and politics in France."

"This richly researched and highly original case study deepens our understanding of how colonial politics worked on the ground in Senegal, and offers a fresh interpretation of the relationship between metropole and colony, between missionaries and colonial administrators, and between ideology and practice."

"Foster's excellent archival research allows her to present a nuanced picture of how imperial and missionary goals interacted and conflicted with one another in Senegal. This book is an extremely valuable addition to the historical literature on empire and missionaries."

"Elizabeth Foster's well-written book Faith in Empire: Religion, Politics, and Colonial Rule in French Senegal, 1880-1940 takes readers on a thoughtful journey though Senegal to explore how some of the underlying questions related to these recent conflicts played out during France's Third Republic . . . What makes Faith in Empire unique is the innovative use of religious debate to bring in perspectives from a range of stakeholders." 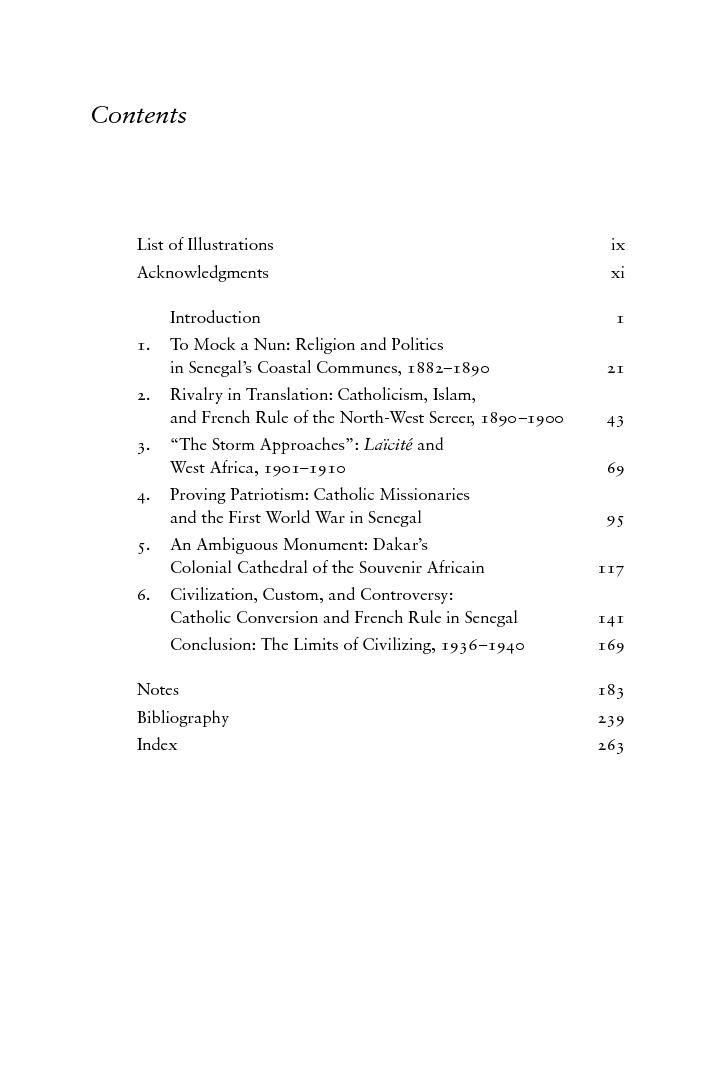 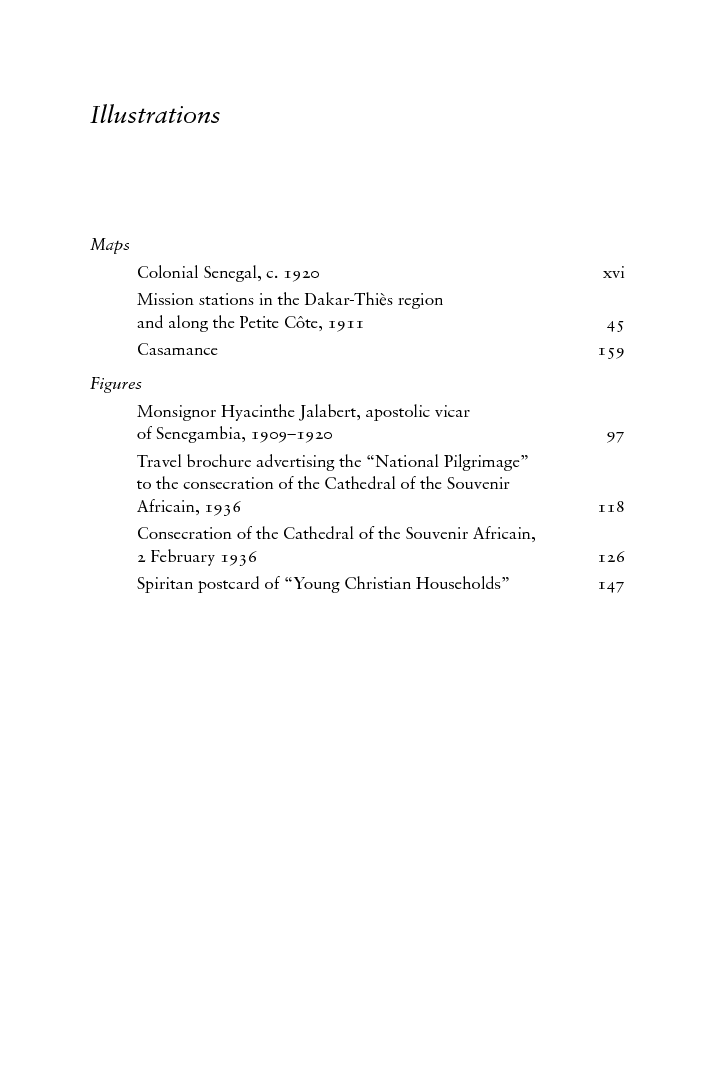 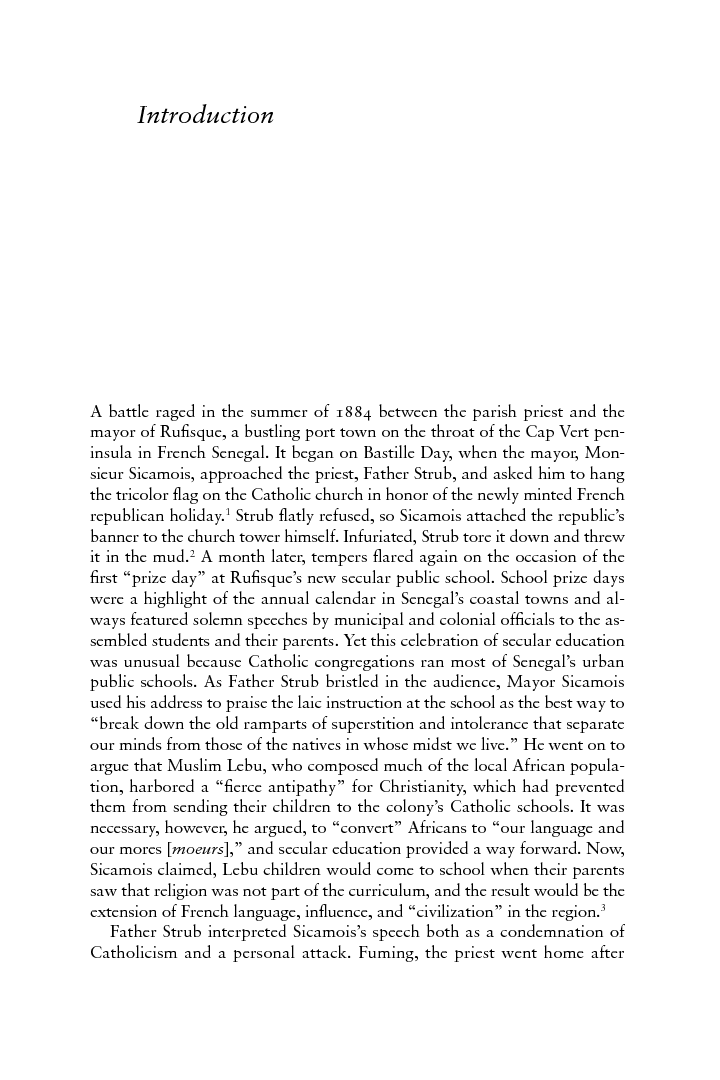