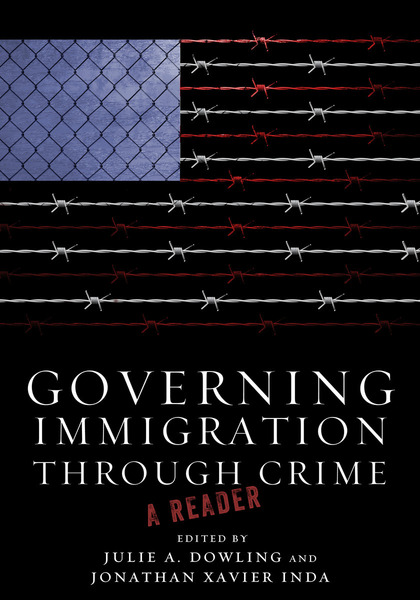 Governing Immigration Through Crime
A Reader
Edited by Julie A. Dowling and Jonathan Xavier Inda

In the United States, immigration is generally seen as a law and order issue. Amidst increasing anti-immigrant sentiment, unauthorized migrants have been cast as lawbreakers. Governing Immigration Through Crime offers a comprehensive and accessible introduction to the use of crime and punishment to manage undocumented immigrants.

Presenting key readings and cutting-edge scholarship, this volume examines a range of contemporary criminalizing practices: restrictive immigration laws, enhanced border policing, workplace audits, detention and deportation, and increased policing of immigration at the state and local level. Of equal importance, the readings highlight how migrants have managed to actively resist these punitive practices. In bringing together critical theorists of immigration to understand how the current political landscape propagates the view of the "illegal alien" as a threat to social order, this text encourages students and general readers alike to think seriously about the place of undocumented immigrants in American society.

"In short, Governing Immigration Through Crime is a superb contribution to the interdisciplinary scholarship on the merger of immigration and crime. The book offers in one concise volume a carefully woven mosaic of the pivotal scholarship in the field, amplified by thoughtful editorial analysis. Dowling and Inda have assembled a group of essential readings for scholars, students, and practitioners seeking an introduction to this growing field."

"The belief that the United States is a welcoming nation of immigrants is still widely held, but this book presents us with a stark, alternative reality: manufacturing crime and punishment is now the leading form of controlling undocumented immigration in the U.S. Offering a set of thought-provoking essays, this important volume examines new mechanisms of governing immigration through the institutionalization of criminalization, focused particularly around the U.S.-Mexico borderlands. Crime and punishment is not only a Dostoevskian moral tale of 19th century, but a dominant challenge of our time."

"Contrasting the chilling details of post-9/11 enhanced enforcement and inspiring efforts and citizenship practices of immigrants, this volume critiques the ongoing criminalization of immigration. It is required reading for all of us concerned with enforcement regimes that increasingly go far beyond their borders."

—Patricia Zavella, University of California, Santa Cruz, author of I'm Neither Here nor There: Mexicans' Quotidian Struggles with Migration and Poverty

"America's disastrous experiment with mass incarceration is only the most obvious way that crime as a political logic has deformed our democracy. As Governing Immigration Through Crime documents in compelling detail, the same racialized and politicized fear of crime is driving our increasingly cruel and inhuman treatment of immigrants; not just at the borders, but in every facet of American life." 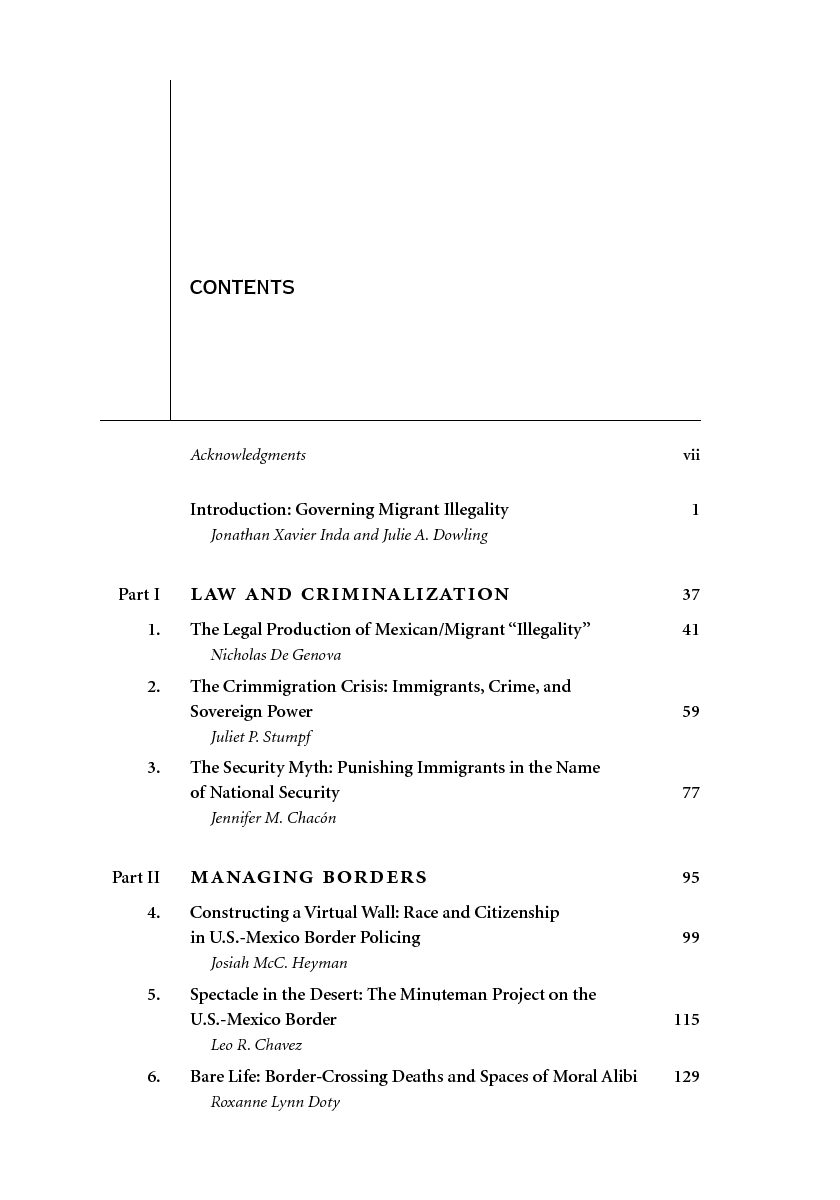 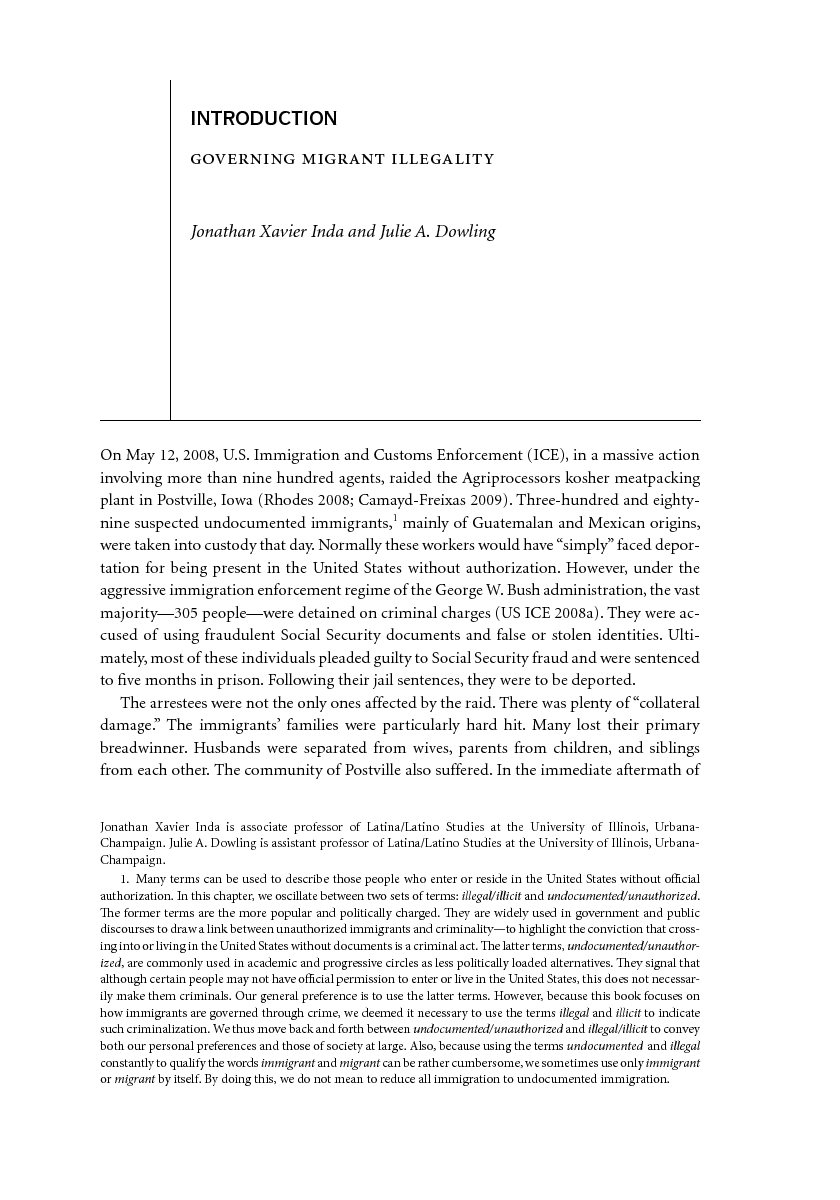