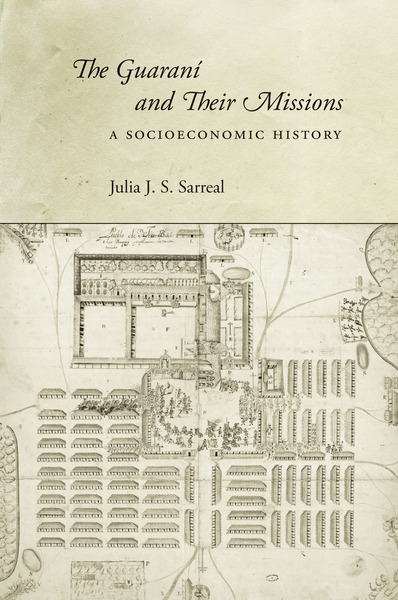 The Guaraní and Their Missions
A Socioeconomic History
Julia J. S. Sarreal

The thirty Guaraní missions of the Río de la Plata were the largest and most prosperous of all the Catholic missions established throughout the frontier regions of the Americas to convert, acculturate, and incorporate indigenous peoples and their lands into the Spanish and Portuguese empires. But between 1768 and 1800, the mission population fell by almost half and the economy became insolvent. This unique socioeconomic history provides a coherent and comprehensive explanation for the missions' operation and decline, providing readers with an understanding of the material changes experienced by the Guaraní in their day-to-day lives.

Although the mission economy funded operations, sustained the population, and influenced daily routines, scholars have not focused on this important aspect of Guaraní history, primarily producing studies of religious and cultural change. This book employs mission account books, letters, and other archival materials to trace the Guaraní mission work regime and to examine how the Guaraní shaped the mission economy. These materials enable the author to poke holes in longheld beliefs about Jesuit mission management and offer original arguments regarding the Bourbon reforms that ultimately made the missions unsustainable.

Julia Sarreal is Assistant Professor in the New College of Interdisciplinary Arts and Sciences at Arizona State University. Her work focuses on social history, economic history, and ethnohistory in colonial Latin America.

"Sarreal provides the first long-term analysis of the changing socio-economic structure of [the Guaraní] missions . . . She offers a fascinating account of daily life and the work schedule in the missions, including a description of how the crucial distinction between tupambae (communal work) and amambae (private work) operated in practice . . . Such is its breadth and depth of coverage that this excellent book may be recommended both to the general reader as well as to the academic researcher as a key text for understanding the overall mission experience in the Rio de la Plata region during the late colonial period."

"Following the recent ethno-historical advances . . . Sarreal—in keeping with her title—takes an original approach by studying the structures of the Guaraní themselves rather than focusing on those imposed by the colonial authorities and the society of Jesus. Another attribute of Sarreal's text that is worth highlighting is its chronological scope. Generally, studies after the Spanish empire issued its decree of suppression. However, even without the Jesuits, the missions continued to exist and remained home to many of the Guaraní. The Guaraní and Their Missions traces the history of the Indians who remained in their towns, carrying their story up to the dissolution of their pueblos . . . [Her] book provides an original and fundamental contribution to our knowledge and understanding of Guaraní missions. Relating the decline of the missions to the globalization of the capitalist system opens new lines of research, inviting the study of various regions in a 'local' key—even regions like Paraguay, long considered to have developed in complete isolation."

"This carefully organized and well-written book examines the little-known story of the late-18th-century decline of the Jesuit missions among the Guaraní of modern Paraguay and Brazil . . . Summing Up: Recommended."

"By illuminating the complexity of Guaraní responses to the dramatically altered political and economic landscape initiated by the Jesuit expulsion, Sarreal provides a challenging and innovative reexamination of the mission communities in the late colonial period."

"Julia Sarreal's history of the eighteenth-century economic growth and decline of the thirty Guaraní Jesuit missions in present-day Paraguay brings a wealth of new data and innovative analysis to the rich historiography on this important Iberian borderland in South America. Joining an international community of scholars whose work has developed the history of the Guaraní missions, Sarreal's research shows how the Guaraní indigenous peoples shaped and experienced mission life. This book highlights the choices that the Guaraní faced following the expulsion of the Jesuits and the degrees of autonomy that they achieved in the growing market economy of the Bourbon administration."

"Sarreal offers the first in-depth look at the greater Paraguayan missions' economic and demographic decline in the four decades following the Jesuit expulsion. It is a story of Guarani resilience and government hubris, but also of the clash of incommensurate value systems in the age of enlightenment and Atlantic revolutions."

"The Guarani and Their Missions contributes significantly to ethnohistory, mission history, borderlands history, and the socioeconomic history of eighteenth-century Río de la Plata . . . [H]er book [is] a unique contribution to the field, and one whose impact will be felt for a long time."

"Sarreal provides a very good balance between general, regional, and local elvels, identifying causes and effects of successive crises affecting missions, the particular role of some missions towns in the attempt to recover from these crises, and the contradictions between the orders of central authorities and concrete local realities." 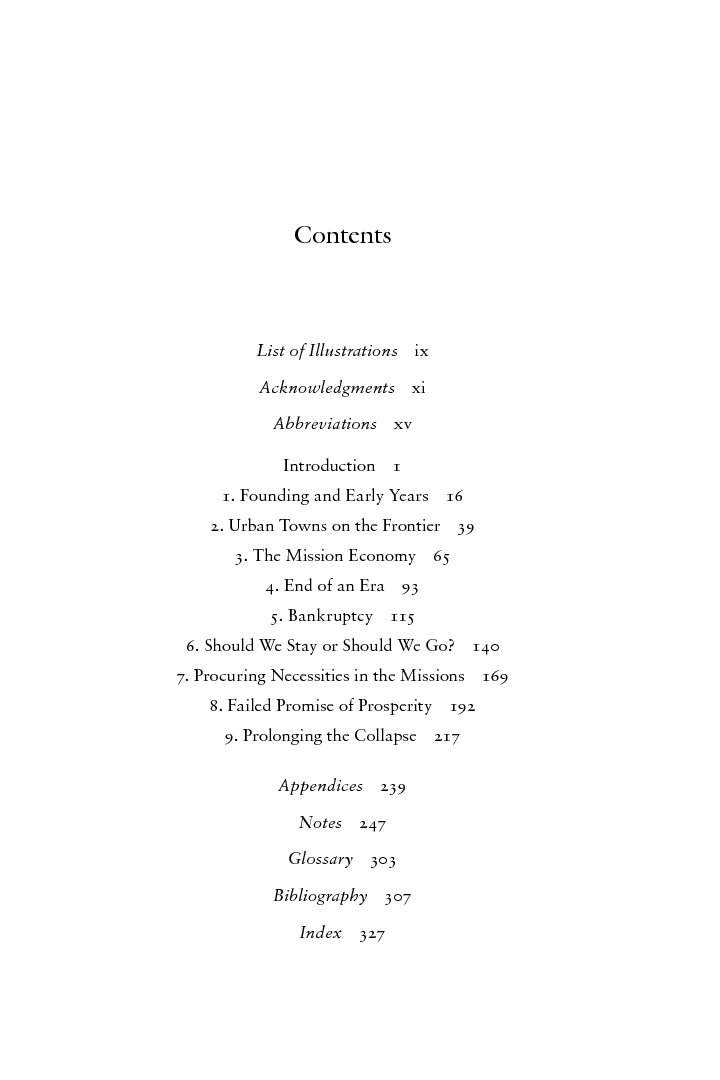 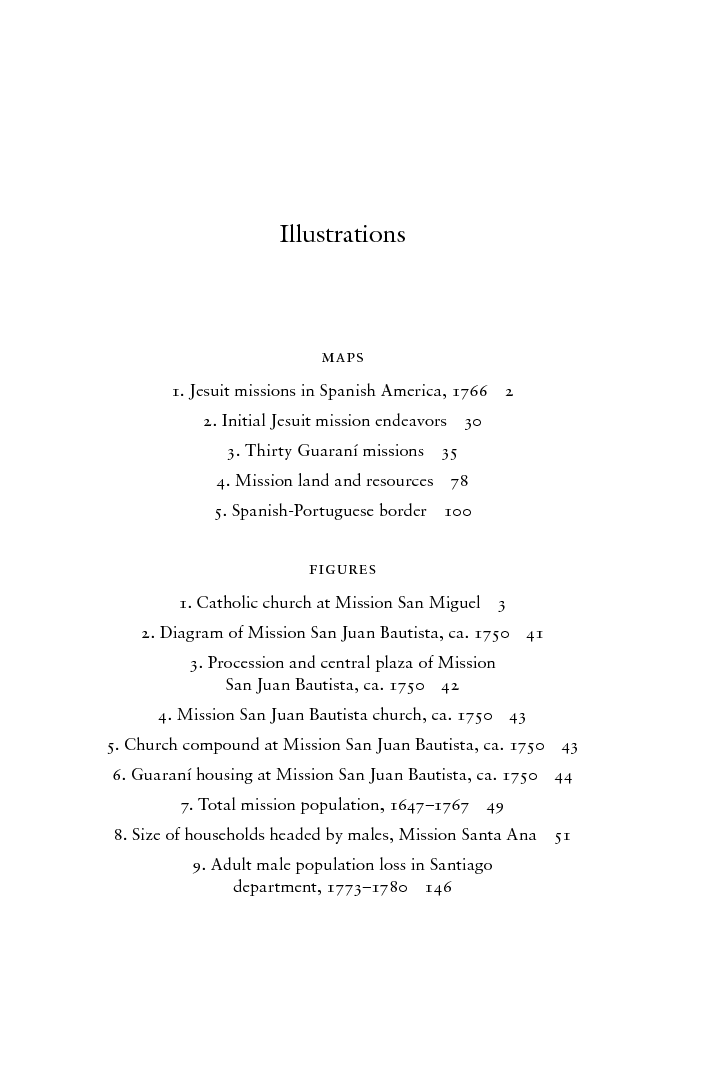 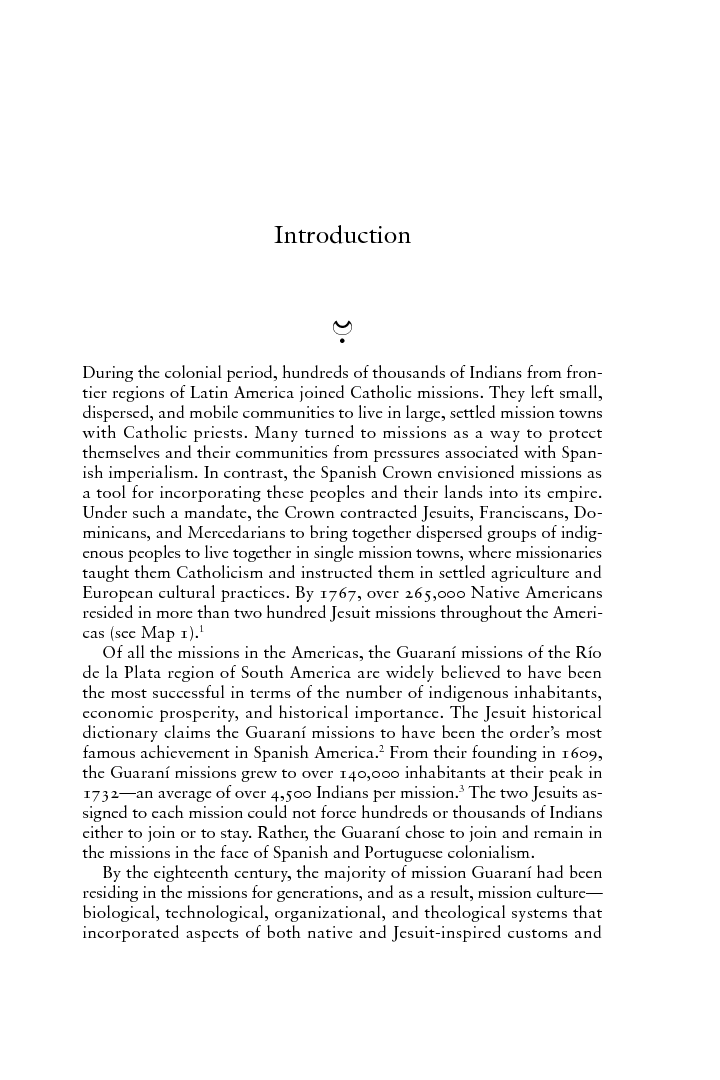