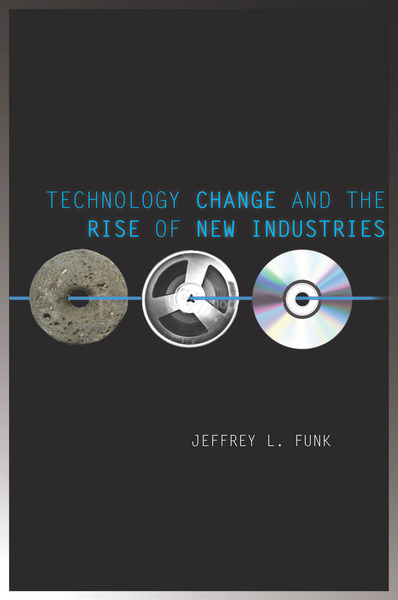 Technology Change and the Rise of New Industries
Jeffrey L. Funk
SERIES: Innovation and Technology in the World Economy

Technology Change and the Rise of New Industries explores why new industries emerge at specific moments in time and in certain countries. Part I shows that technologies which experience "exponential" improvements in cost and performance have a greater chance of becoming new industries. When "low-end" discontinuities incur exponential improvements, they often displace the dominant technologies and become "disruptive" innovations. Part II explores this phenomenon and instances in which discontinuities spawn new industries because they impact higher-level systems. Part III addresses a different set of questions—ones that consider the challenges of new industries for firms and governments. Part IV uses ideas from the previous chapters to analyze the present and future of selected technologies.

Based on analyses of many industries, including those with an electronic and clean energy focus, this book challenges the conventional wisdom that performance dramatically rises following the emergence of a new technology, that costs fall due to increases in cumulative production, and that low-end innovations automatically become disruptive ones.

Jeff Funk is Associate Professor of Technology Management at the National University of Singapore. He has consulted for numerous firms, particularly ones associated with the mobile communications industry. In 2004, he received the NTT DoCoMo Mobile Science Award for his research on the mobile phone industry.

"In this important book, Jeff Funk examines what it will take to realize the potential of new technologies for innovating out of the economic challenges that we face. He argues that many theories of innovation are incomplete, outdated, or just plain wrong, and that new insights are sorely needed to address such issues as how much time will be required to get alternative energy technologies to the mass market. The basic message is that we have to think of disruption and discontinuity as positive, productive forces for innovation that must be embraced for change to deliver improvements in human welfare."

—Anita M. McGahan, University of Toronto and Author of How Industries Evolve

"Without resorting to singular case studies, Funk takes a sophisticated approach to characterizing technological emergence and change, and the role that governments play in developmental trajectories. He builds a descriptive model using a historical analytical approach to reinterpret data from a host of industries. Based on this model, the book takes a daring step to speculate on future technological developments in energy and electronics, providing sobering advice to those who think that government intervention is the panacea for national innovation."

"In this vitally important advance in the analysis of innovation, Funk explores the limits of learning curves as a mere function of forced or subsidized volumes. Learning has to be real, integrated, and multifaceted in order to benefit from different paths to improvement in cost and performance. Trenchantly demonstrating the need for multidimensional, supply side innovation in the case of clean energy, he shows the futility of our current demand-side focus."

—George Gilder, venture capitalist and author of the forthcoming Knowledge and Power: The Information Theory of Capitalism

"Jeff Funk is one of the few scholars in the field of technological change who has tried to see the technology system as a whole. This book should be required reading for academics and government decision makers who need to acquaint themselves with this view."

"Explaining much about innovation that others have ignored, Funk helps us better understand how improvements in costs and performance occur with new technologies. While the conventional wisdom suggests that costs fall as cumulative production increases, Funk shows us that the reality of this relationship is different and more interesting. For example, technologies that benefit from reductions in scale (e.g., integrated circuits) have seen dramatic advances; finding these kinds of technologies (and products based on them) is a major task for R&D managers." 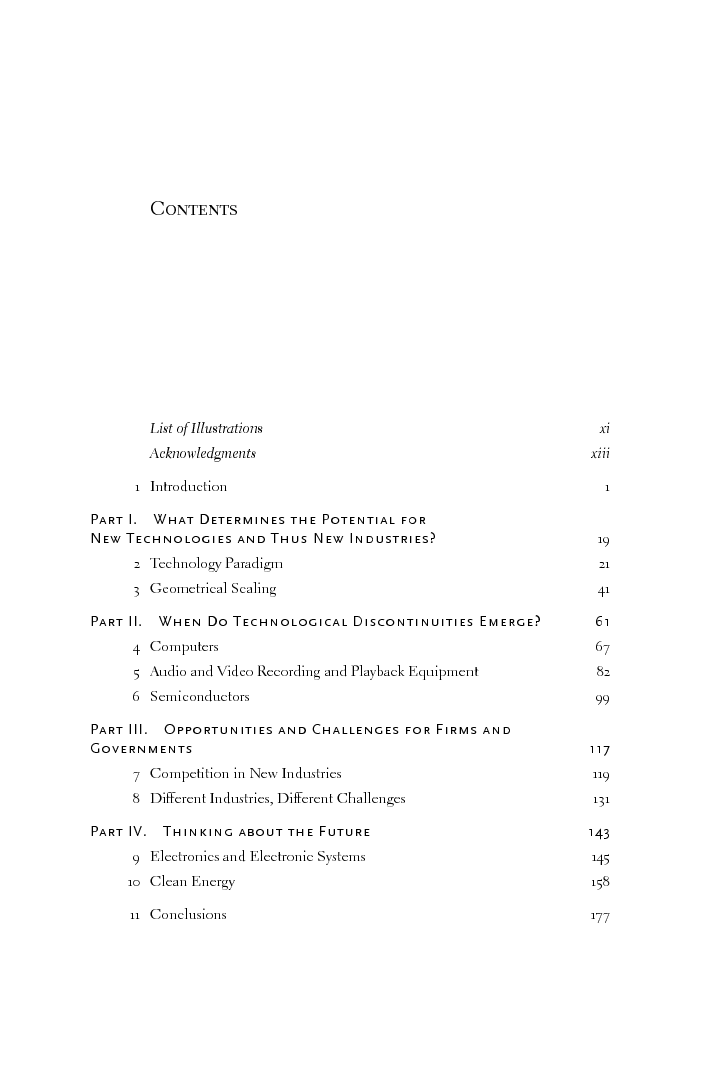 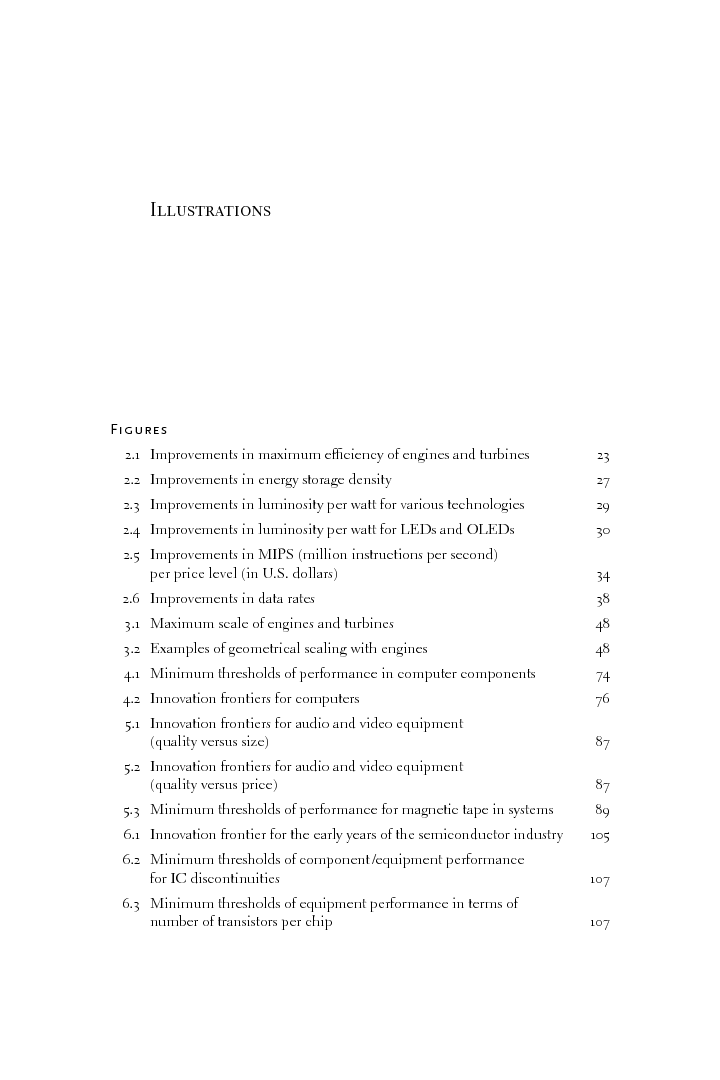 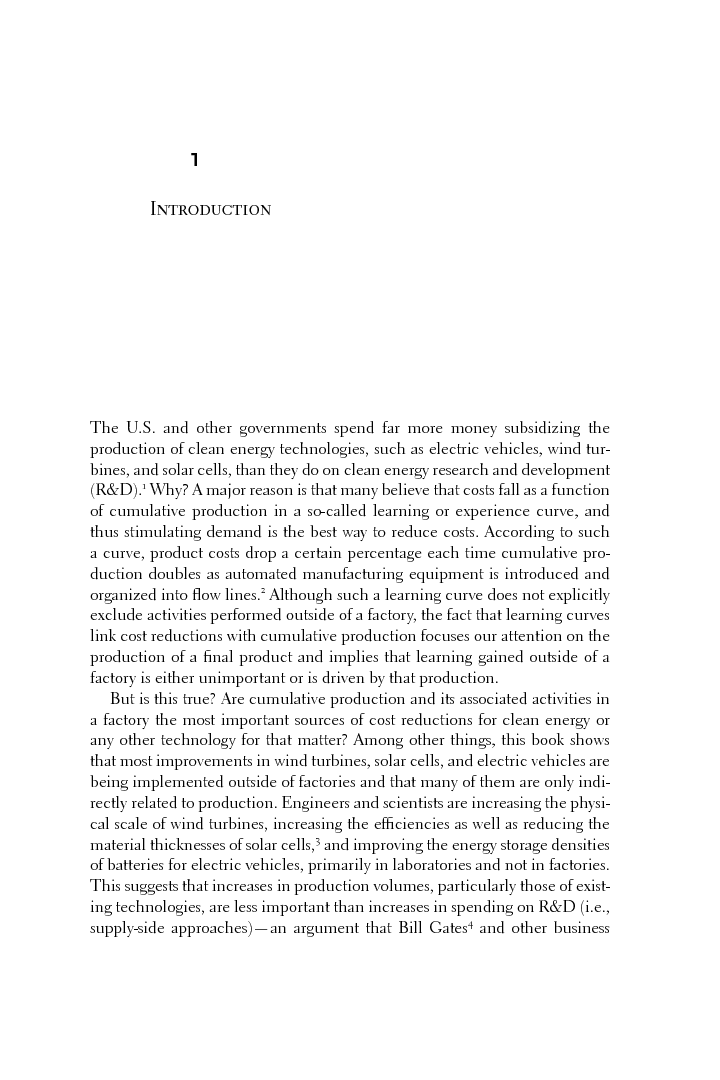