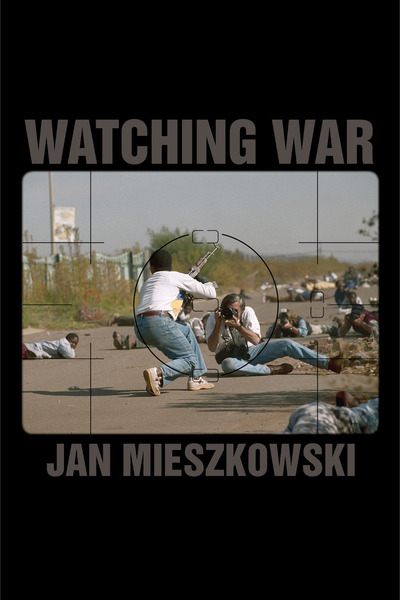 What does it mean to be a spectator to war in an era when the boundaries between witnessing and perpetrating violence have become profoundly blurred? Arguing that the contemporary dynamics of military spectatorship took shape in Napoleonic Europe, Watching War explores the status of warfare as a spectacle unfolding before a mass audience. By showing that the battlefield was a virtual phenomenon long before the invention of photography, film, or the Internet, this book proposes that the unique character of modern conflicts has been a product of imaginary as much as material forces.

Warfare first became total in the Napoleonic era, when battles became too large and violent to be observed firsthand and could only be grasped in the imagination. Thenceforth, fantasies of what war was or should be proved critical for how wars were fought and experienced. As war's reach came to be limited only by the creativity of the mind's eye, its campaigns gave rise to expectations that could not be fulfilled. As a result, war's modern audiences have often found themselves bored more than enthralled by their encounters with combat. Mieszkowski takes an interdisciplinary approach to this major ethical and political concern of our time, bringing literary and philosophical texts into dialogue with artworks, historical documents, and classics of photojournalism.

Jan Mieszkowski is Professor of German and Humanities at Reed College. His first book, Labors of Imagination: Aesthetics and Political Economy from Kant to Althusser was published in 2006.

"[Watching War seeks to theorize in a broad way the nature of modern war spectatorship rather than focusing specifically on Romantic literature . . . What Mieszkowski adds is a capacity to see the Romantic-era eyewitness in literary terms, particularly as he comes to focus on novelists who see in the imagination the best way to make sense of war (26)."

"Jan Mieszkowski's Watching War makes a compelling case for understanding questions about war spectatorship in a broader historical context, one that extends back to a historical period that predates the era of technological reproduction . . . The monograph's interdisciplinarity is one of its strengths. While theoretical, it is not overly so—it makes judicious use of a number of philosophers and theorists to underscore the continuity of the discussions about representability that have marked war depictions over the last 150 years. The author is able to shift deftly between fictional and philosophical texts and analyses literature and visual images with the same level of rigorous attention."

"The book's greatest value for the field of media ethics is in introducing a critical perspective on not only how writers, photographers, painters, and others represent war but also about the assumptions average citizens make as onlookers to war."

"Mieszkowski describes how the modern spectacle of war and the storytelling that surrounds it and contributes to its experience create distance and confusion, if not the impossibility of grasping the reality of its significance and lived experience . . . The questions he engages are of interest to many . . . Recommended."

"Urgent, difficult, and often painful questions drive this captivating book: the inextricable link between waging and representing war, between witnessing and perpetrating atrocity, and between the various logics that organize, mediate, disseminate, and legitimate the militarization of the world. We ignore such questions at our own peril."

"With consistent intelligence and a flair for newly formulating the paradoxes at the heart of its subject, Watching War advances a series of stalled debates about total war, representation, and agency. Wars become total, it argues, when they are too engulfing to be seen whole and must be imagined as total. Mieszkowski's book is a rigorous and original contribution to one of the liveliest areas of humanities scholarship today." 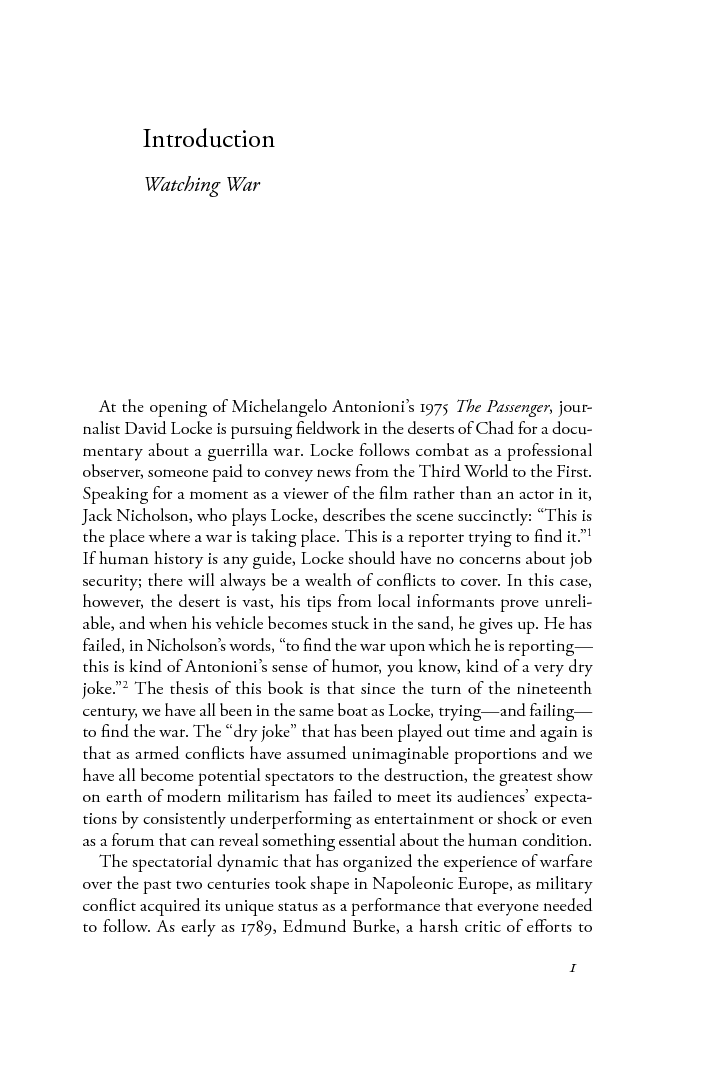 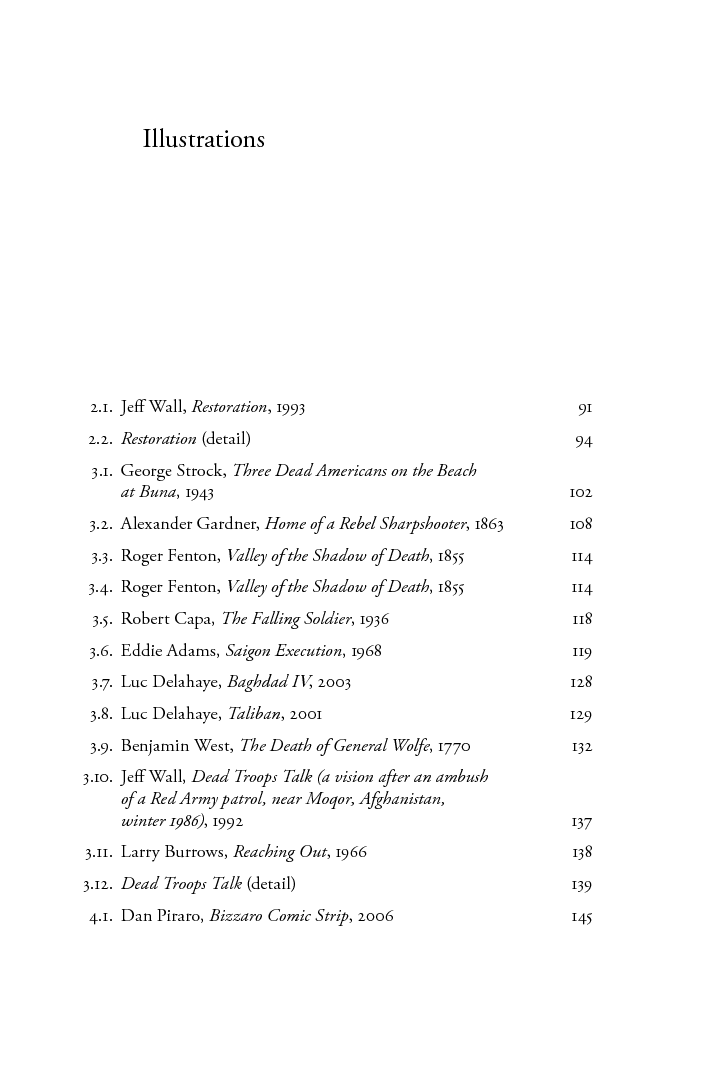 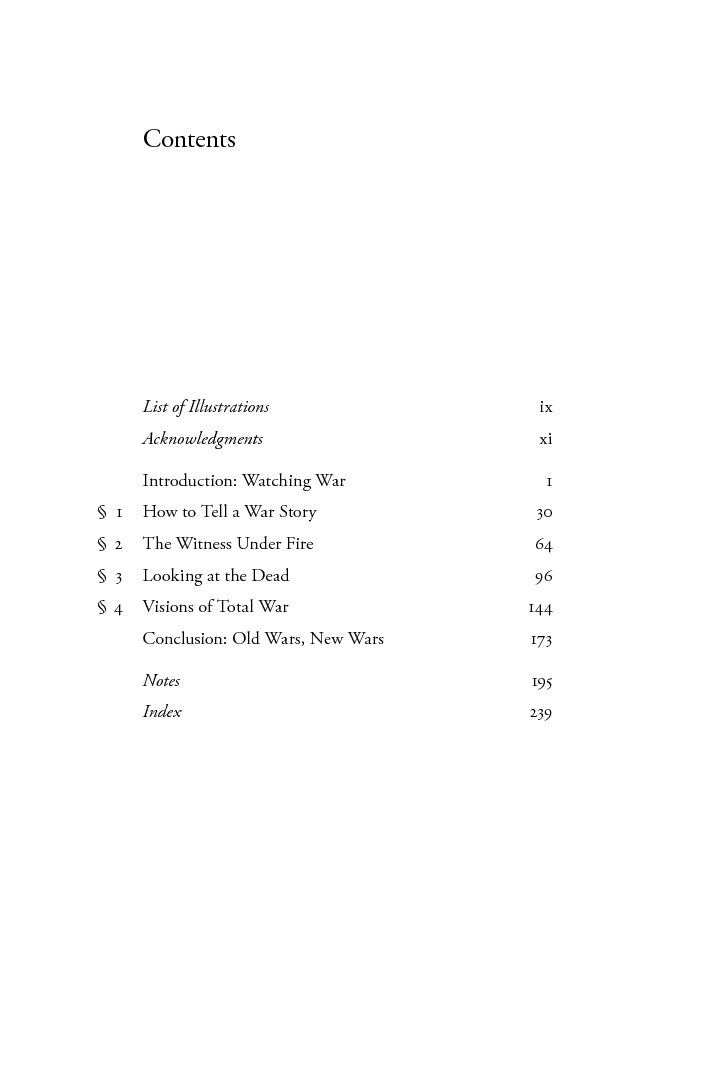