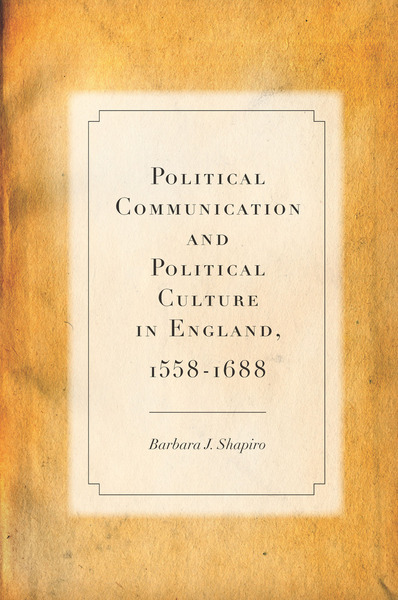 This book surveys the channels through which political ideas and knowledge were conveyed to the English people from the beginning of the reign of Elizabeth I to the Revolution of 1688. Shapiro argues that an assessment of English political culture requires an examination of all means by which this culture was expressed and communicated. While the discussion focuses primarily on genres such as the sermon, newsbook, poetry, and drama, it also considers the role of events and institutions. Shapiro is the first to explore and elucidate the entire web of communication in early modern English political life.

Barbara Shapiro is Professor in the Graduate School and Emerita Professor of Rhetoric at the University of California, Berkeley.

"Barbara J. Shapiro's Political Communication and Political Culture in England, 1558-1688 represents an ambitious synthesis, the work of a senior scholar bringing together diverse strands of scholarship and primary source research. While not a research monograph in the traditional sense, the book succeeds in introducing a broad range of concerns associated with the study of the media in early modern England . . . This is an excellent book for undergraduate and graduate students new to the field of early modern British history and for younger scholars looking for a broad overview of the various modes of political communication at work in early modern English political life, whether, print, script, ritual, performance, or the spoken word."

"Shapiro's command is stunning . . . Shapiro's assembly of sources frequently surprise. To anyone working on a related topic, Shapiro's book will be required reading for this reason alone."

"For scholars of politics or media studies in search of a historical overview for their ideas, this volume will provide a wealth of references to a wide range of source material . . . Shapiro has provided a helpful and well-organized overview that will appeal to those scholars seeking to understand the extremely complex and sophisticated channels of political communication in this turbulent period of English history."

"This is a splendid and important book in every way. The 'political culture' of early-modern England is often discussed but rarely analyzed—and never with the comprehensiveness and clarity of Barbara Shapiro's Political Communication and Political Culture in England, 1558–1688. Drawing on her vast and detailed knowledge of the period, its politics, its thought, and its people, Shapiro has provided a rich, subtle, and very readable account of the multiple sources of political knowledge and understanding. Like all her previous works, Shapiro's book is a breathtaking intellectual treat: it precisely the book we have wanted and needed for a long, long time."

"There is no doubt that Barbara Shapiro's latest book is a major and original contribution to existing scholarship, concerning the influence of aesthetic genres, events, and artifacts over the development of early modern English political culture. As I have come to expect from this author, the depth and breadth of research are outstanding. Shapiro provides a beautifully written, much-needed overview of the historiography of the period, from the accession of Elizabeth I in 1558 to the Glorious Revolution of 1688. The importance of the book lies not only in the expert handling and synthesis of complex and eclectic material, but also in providing a compelling analysis of a compendious body of work." 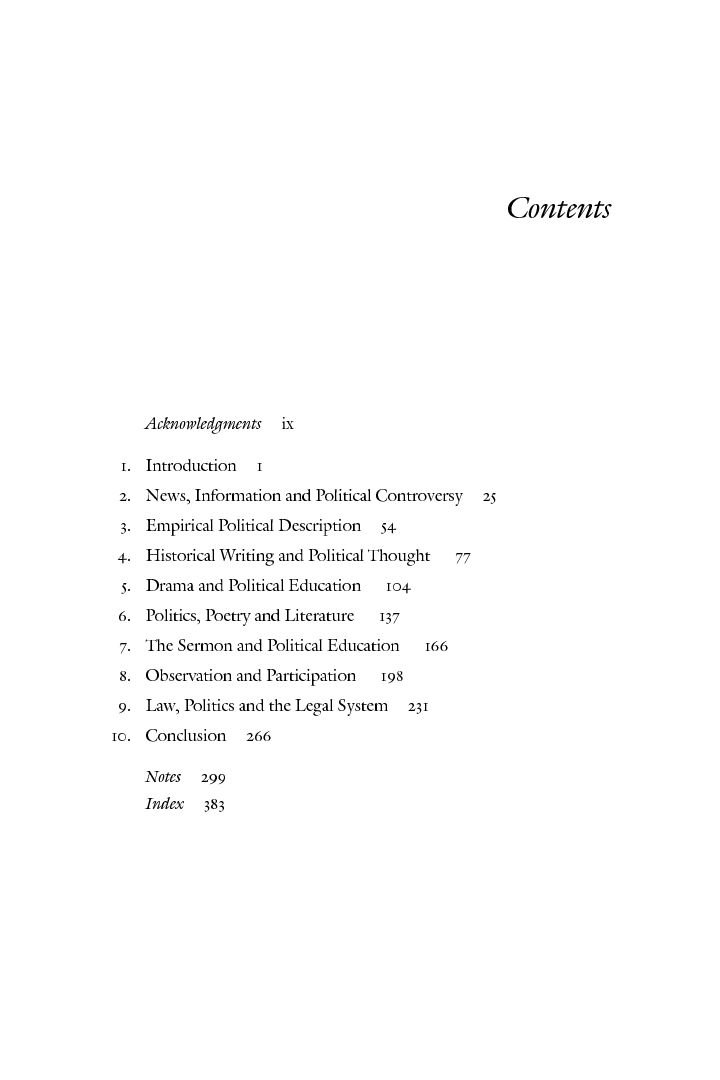 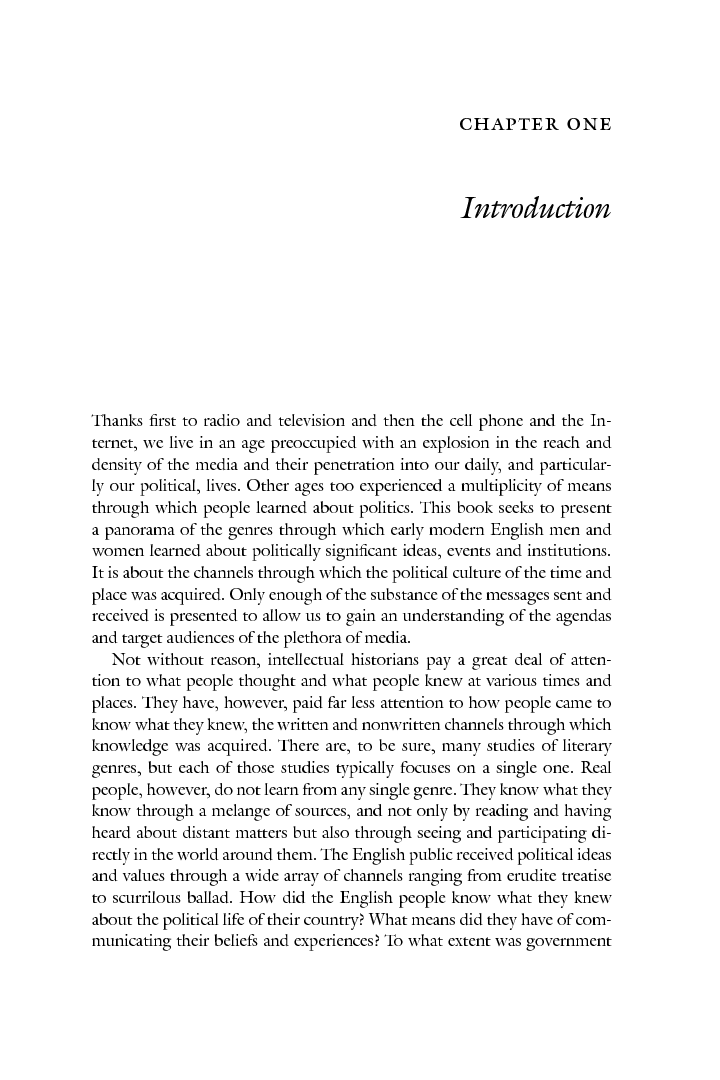