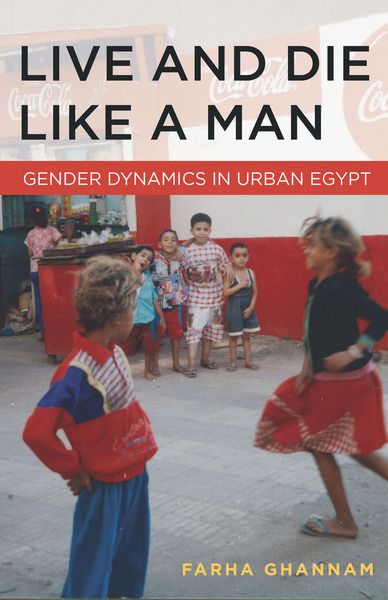 Honorable Mention in the 2014 JMEWS Book Award, sponsored by the Journal of Middle East Women’s Studies.

Watching the revolution of January 2011, the world saw Egyptians, men and women, come together to fight for freedom and social justice. These events gave renewed urgency to the fraught topic of gender in the Middle East. The role of women in public life, the meaning of manhood, and the future of gender inequalities are hotly debated by religious figures, government officials, activists, scholars, and ordinary citizens throughout Egypt. Live and Die Like a Man presents a unique twist on traditional understandings of gender and gender roles, shifting the attention to men and exploring how they are collectively "produced" as gendered subjects. It traces how masculinity is continuously maintained and reaffirmed by both men and women under changing socio-economic and political conditions.

Over a period of nearly twenty years, Farha Ghannam lived and conducted research in al-Zawiya, a low-income neighborhood not far from Tahrir Square in northern Cairo. Detailing her daily encounters and ongoing interviews, she develops life stories that reveal the everyday practices and struggles of the neighborhood over the years. We meet Hiba and her husband as they celebrate the birth of their first son and begin to teach him how to become a man; Samer, a forty-year-old man trying to find a suitable wife; Abu Hosni, who struggled with different illnesses; and other local men and women who share their reactions to the uprising and the changing situation in Egypt.

Against this backdrop of individual experiences, Ghannam develops the concept of masculine trajectories to account for the various paths men can take to embody social norms. In showing how men work to realize a "male ideal," she counters the prevalent dehumanizing stereotypes of Middle Eastern men all too frequently reproduced in media reports, and opens new spaces for rethinking patriarchal structures and their constraining effects on both men and women.

Farha Ghannam is Associate Professor of Anthropology at Swarthmore College and author of Remaking the Modern: Space, Relocation, and the Politics of Identity in a Global Cairo (2002). Listen to Farha Ghannam's presentations on "The Life and Death of an Egyptian Man" and "Reflections on Masculinity and Violence in the Egyptian Revolution."

"With its focus on masculinity, Farha Ghannam's thoughtful ethnography, Live and Die Like a Man, makes important interventions into the anthropological scholarship on gender, childhood, and family in the Middle East . . . Her ethnographic sensibility perfectly grasps the dynamic and complex intertwining of male and female ways of being and self-presentation and how that interrelationship forms men's lives."

"In Live and Die Like a Man: Gender Dynamics in Urban Egypt, anthropologist Farha Ghannam offers a compelling longitudinal study of masculinity in a lower- and middle-income neighborhood in Cairo known as al-Zawiya . . . Ghannam does a wonderful job showing the nuances of masculinity, as well as the complexities and contingencies of the masculine trajectory over time. Well written and accessible, Live and Die Like a Man would be an excellent texts for undergraduate classes, particularly those that aim to dispel stereotypes characterizing Middle Eastern men as macho and violent. This ethnography makes a welcome addition to a growing body of masculinity studies in the contemporary Middle East."

"Written in lucid prose and rife with Egyptian Arabic words and phrases that are translated and explained not in endnotes but in body paragraphs, Ghannam draws chiefly on participant observations rather than interviews . . . The result is a rich ethnography that shows rather than merely tells, and makes productive use of the author's long-standing involvement with the community in al-Zäwiya al-Hamra. Overall, this is a captivating study of working-class masculinities in Egypt and makes a significant contribution to the anthropology of the region as well as to masculinity and gender studies."

"Informed by nineteen years of field research in the same Cairo neighborhood, anthropologist Farha Ghannam's Live and Die Like a Man offers readers an incredibly well-rounded and dynamic portrait of the making (and remaking) of Egyptian working-class men that is at once intimate in its approach and capacious in its analytic reach . . . [The] explicitness of her critique in Live and Die Like a Man highlights the maturation of Ghannam's own scholarly voice . . . Its careful use of 'stories' to illustrate central theoretical claims makes it highly accessible for students, and its link to the 2011 uprising and (some of) its aftermath offers a way of understanding mass mobilization that is largely absent from most analysis and deeply convincing. Ghannam's insights, carefully wrought through the particular, have broad analytic reach and theoretical significance. Equally valuable for scholars and for teachers, Live and Die Like a Man is essential reading."

"In a book that lives up to its name, anthropologist Ghannam explores what in means to be a man in the working-class neighborhood of Zawiya al-Hamra . . . Her thick descriptions, amassed over 20 years of research, will make readers laugh, cry, and gasp at the lives of these individuals . . . By examining the construct of manhood, Ghannam is charting new territory in Middle Eastern studies. Summing Up: Highly recommended."

"In this groundbreaking working, anthropologist Farha Ghannam utilizes 20 years of field research in the working class neighborhood of Zawiya al-Hamra to deconstruct the notion of masculinity . . . [T]his work is a huge step forward in the field of Middle East Studies. Little work has been done on masculinity in general, and even less on what it means for the ordinary man."

"Despite the profusion of works on gender in the Middle East, few studies are devoted to masculinity. This pathbreaking volume is the first to examine Egyptian manhood through an ethnographic lens, following the stories of 'boys-to-men' on the brink of a revolution. A must-read for those interested in Middle East gender studies, anthropology, and contemporary Egypt."

"Farha Ghannam skillfully weaves the life stories of Egyptian men with an important accounting of the precarious balance between genders. This is a masterful treatise on masculinity in the Middle East and a timely contribution to understanding the Arab Spring and the socio-political changes facing the region. A book not to be missed."

"With Live and Die Like a Man, Farha Ghannam is far ahead of the academic curve, setting an imposing standard for future scholarship on the Arab Spring and gender across the Middle East and North Africa. This engrossing book breaks ground by using the study of men's experiences as a method for understanding contemporary societies." 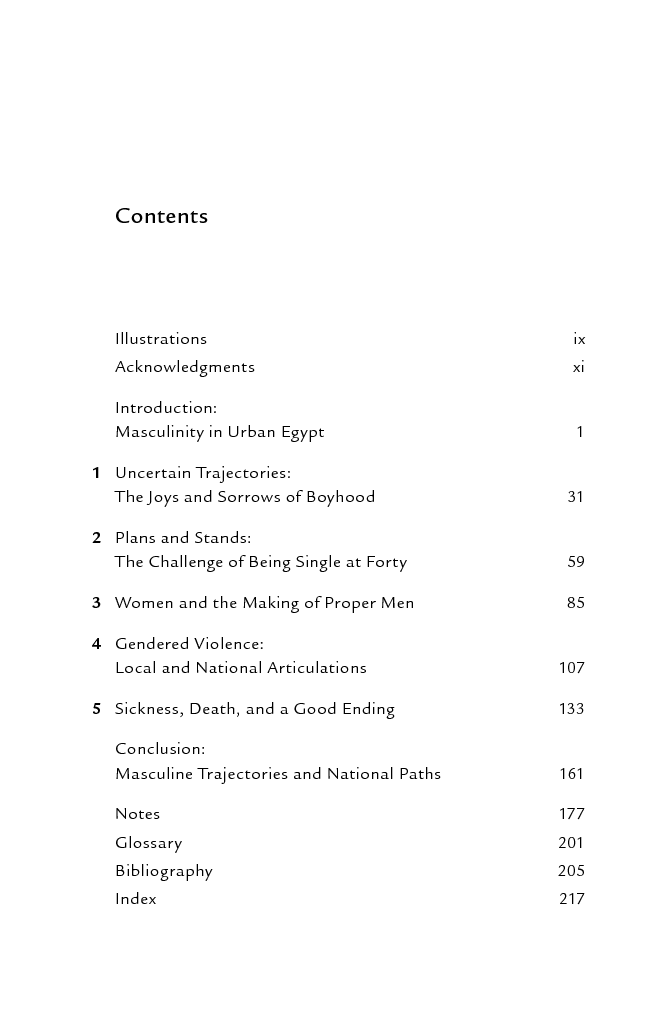 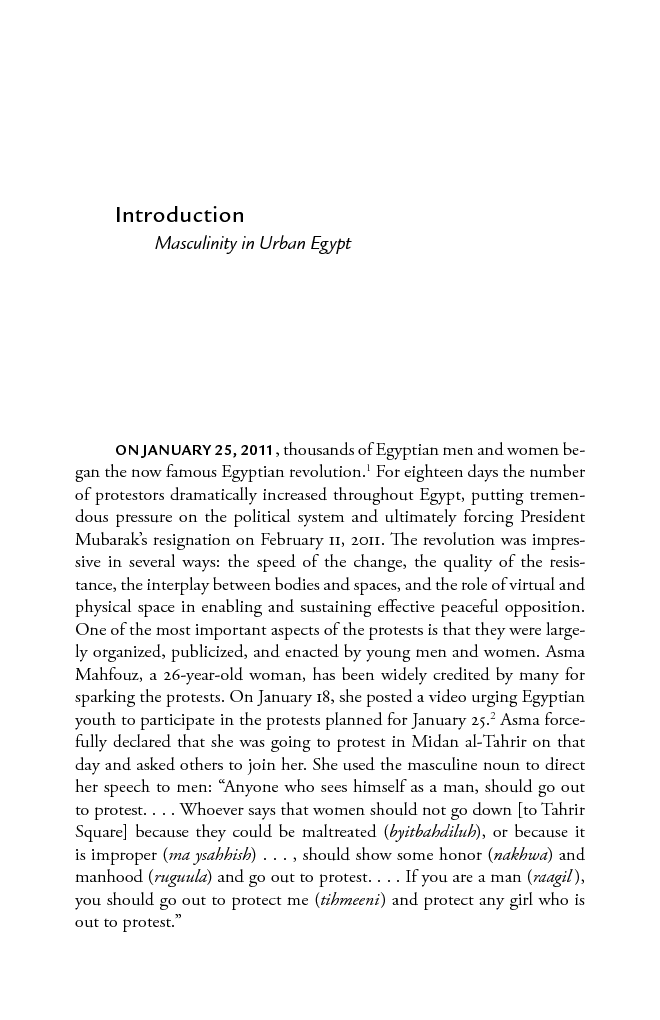 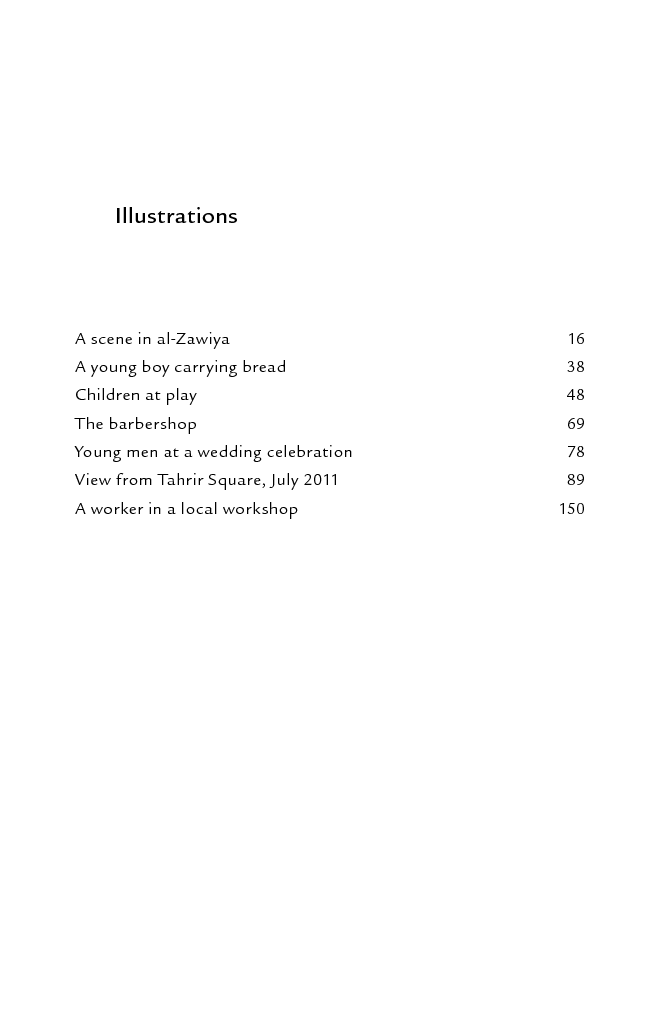