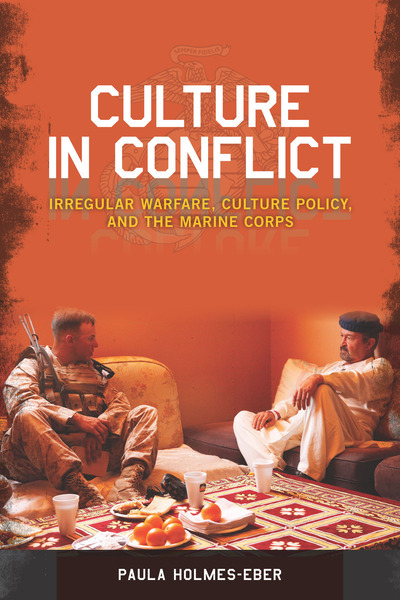 In response to the irregular warfare challenges facing the U.S. in Iraq and Afghanistan in 2005, General James Mattis—then commander of Marine Corps Combat Development Command—established a new Marine Corps cultural initiative. The goal was simple: teach Marines to interact successfully with the local population in areas of conflict. The implications, however, were anything but simple: transform an elite military culture founded on the principles of "locate, close with, and destroy the enemy" into a "culturally savvy" Marine Corps.

Culture in Conflict: Irregular Warfare, Culture Policy, and the Marine Corps examines the conflicted trajectory of the Marine Corps' efforts to institute a radical culture policy into a military organization that is structured and trained to fight conventional wars. More importantly, however, it is a compelling book about America's shifting military identity in a new world of unconventional warfare.

Paula Holmes-Eber is Professor of Operational Culture at the Marine Corps University.

"[Holmes-Eber] discusses how the Marine Corps came to grips with the necessity to expose its officers and enlisted Marines to cultural awareness so they could effectively operate in the combat arena. Yet, this Janowitzian approach conflicted with Marine Corps' warrior ethos. The result is a wonderful case study of an organization trying to merge two conflicting professional paradigms . . . The author does an excellent job of explaining how the different skill sets brought into the Corps by Marine reservists fit into [the concept of 'operational culture'] . . . [F]or anyone interested in professional military education and operating in the varied cultural environments that the Global War on Terrorism is going to demand, this book is a must read."

"Culture in Conflict describes the Marine Corps' assimilation of Department of Defense-directed culture and language training policies since 2003 and how the Corps innovatively structured and standardized its approach to these areas. Marine Corps University Professor of Operational Culture, Dr. Paula Holmes-Eber, meticulously details this complicated process, a work that is enriched by first-hand experience and a clear writing style . . . Culture in Conflict is a valuable and worthwhile book for civilians and military personnel of all branches. It fills a void in the literature on organizational change and deserves wide readership."

"This manuscript is unique. Dr. Holmes-Eber describes what she learned about the culture of the Marine Corps based on more than seven years of close observation from inside the Marine Corps. Pulling no punches she describes the good and the bad with a practiced eye. Civilian and military leaders interested in the professional education and preparation of officers and non-commissioned officers for service in foreign countries will find much of value in this document."

"An objective look inside America's Spartans, the U.S. Marine Corps. Paula Holmes-Eber has done for the Marines what the late Carl Builder did for the other armed services in The Masks of War. Culture in Conflict examines the acculturation that drives the Corps' unique level of individual commitment and sustained organizational excellence. Will appeal to scholars and students of U.S. security institutions and adaptation to contemporary conflict."

"Culture Wars is an engaging ethnographic account of the United States Marine Corps that significantly advances our understanding of military organizations, and adds empirical depth to 'military anthropology.' It is essential reading for anyone interested in the organization of the national security state and in how anthropologists relate to it."

—Robert A. Rubinstein, The Maxwell School of Syracuse University

"Written with an ethnographer's grace and verve, this book offers an empirically adept, theoretically rigorous, insider's account of cultural change within the Marine Corps. It tells how the Corps implemented a directive to build its cultural competence and yet also protected its identity as an elite conventional war fighting force."

—James Burk, Professor of Sociology, Texas A&M University and President of the Inter-University Seminar on Armed Forces and Society 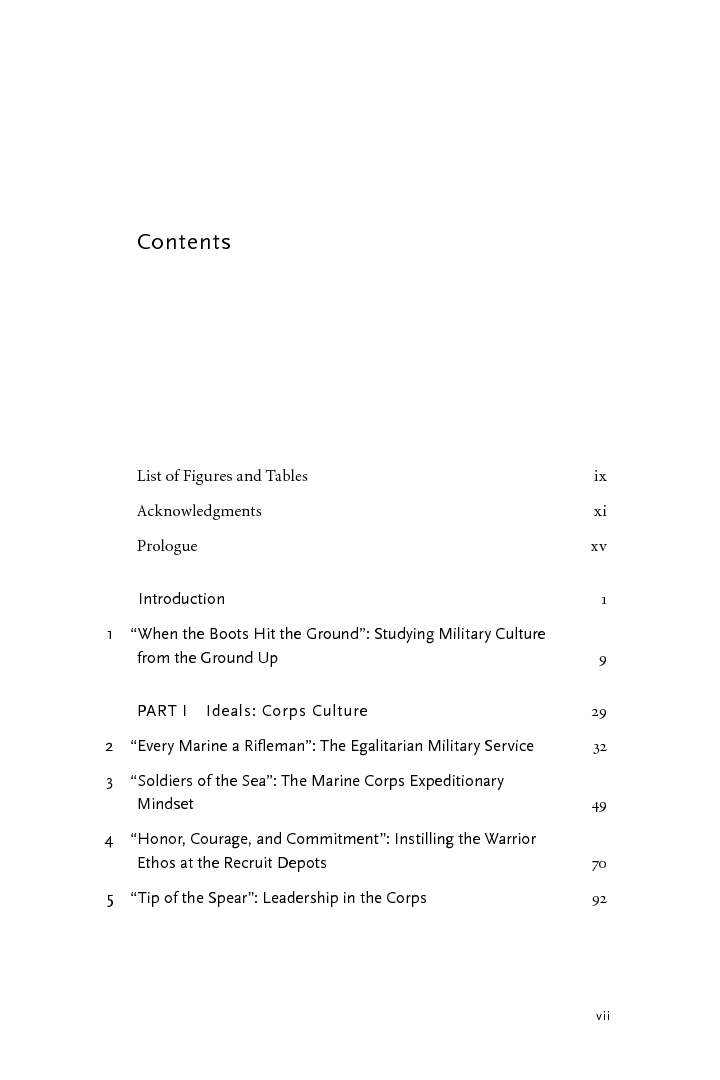 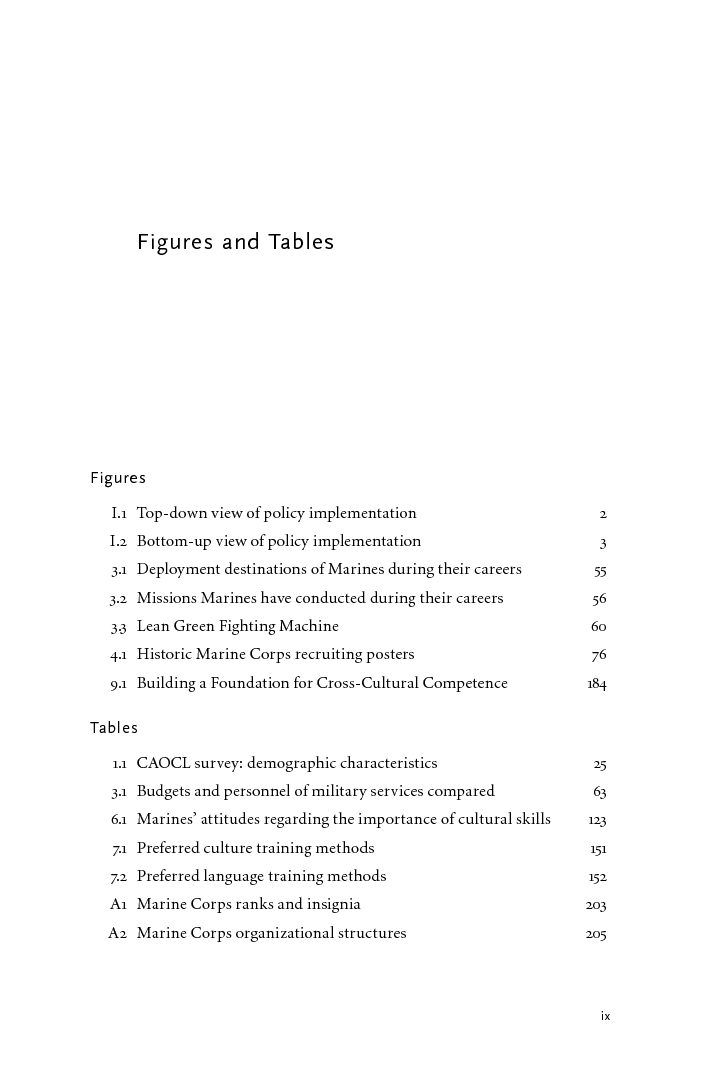 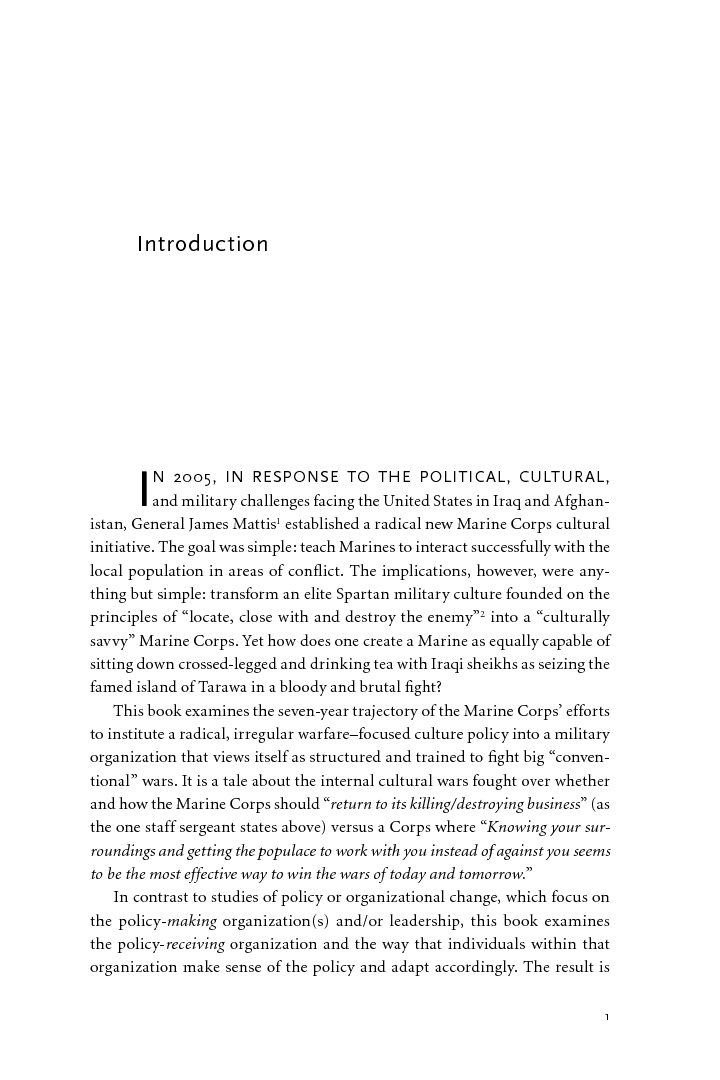 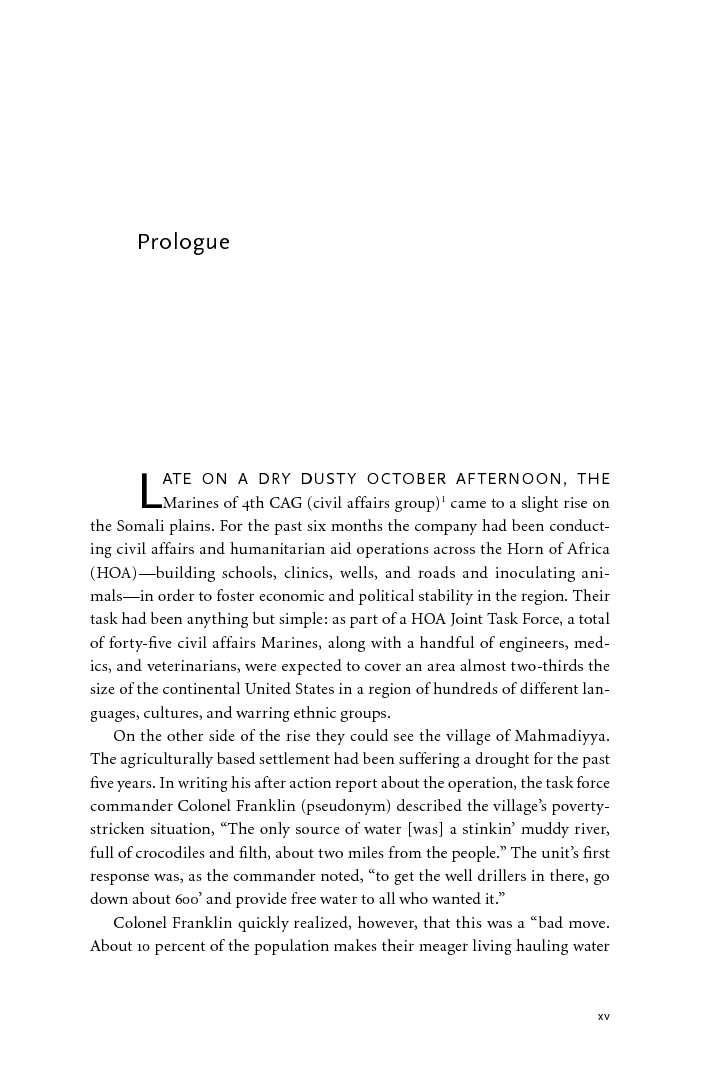