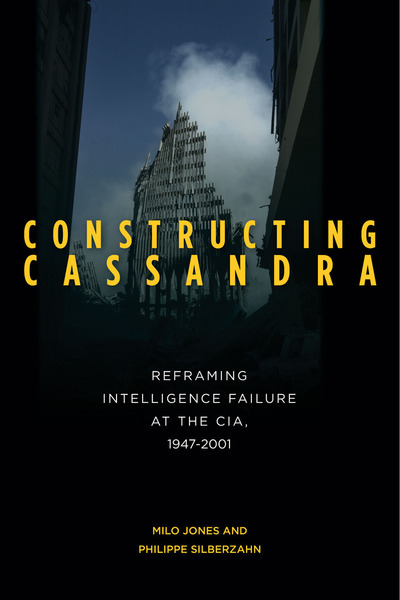 Constructing Cassandra analyzes the intelligence failures at the CIA that resulted in four key strategic surprises experienced by the US: the Cuban Missile Crisis in 1962, the Iranian revolution of 1978, the collapse of the USSR in 1991, and the 9/11 terrorist attacks—surprises still play out today in U.S. policy. Although there has been no shortage of studies exploring how intelligence failures can happen, none of them have been able to provide a unified understanding of the phenomenon.

To correct that omission, this book brings culture and identity to the foreground to present a unified model of strategic surprise; one that focuses on the internal make-up the CIA, and takes seriously those Cassandras who offered warnings, but were ignored. This systematic exploration of the sources of the CIA's intelligence failures points to ways to prevent future strategic surprises.

Milo Jones is Managing Director of a consulting firm and teaches geopolitics and strategy as a Visiting Professor at IE Business School in Madrid, Spain.

Philippe Silberzahn is Professor of Strategy at EMLyon Business School in France and a Research Fellow at Ecole Polytechnique in France.

"This smoothly written and sophisticated study of intelligence analysis will appeal to a broad audience . . . [The authors'] social science approach, lack of ideological bias, and ability to dissect organizational behavior produce a masterful account . . . Recommended."

"This important book will provoke a debate within the Intelligence Community that will expose new truths and frame current intelligence dilemmas in a new light. Its emphasis on the social nature of intelligence analysis will contribute to a new understanding of the intelligence process."

"The authors should be complimented for providing a fresh look at the functioning of the CIA as they analyze the commonalities underlying its numerous intelligence failures. The book touches upon some of the most profound issues that have divided the Directorate of Intelligence as it struggles to understand the often complex and confusing international realities with a special emphasis on the analytical tradition of Sherman Kent, the intellectually architect of the DI. It is a welcome addition to the literature on intelligence failures and a timely remainder of the difficulties that American intelligence faces in coping with the Arab Spring." 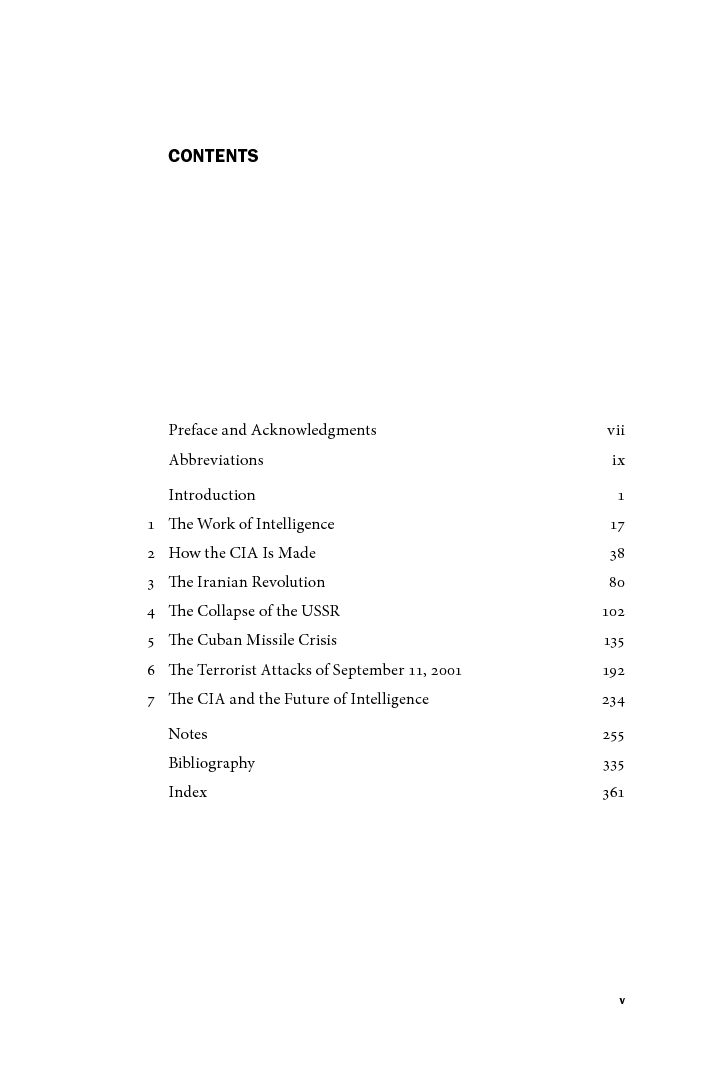 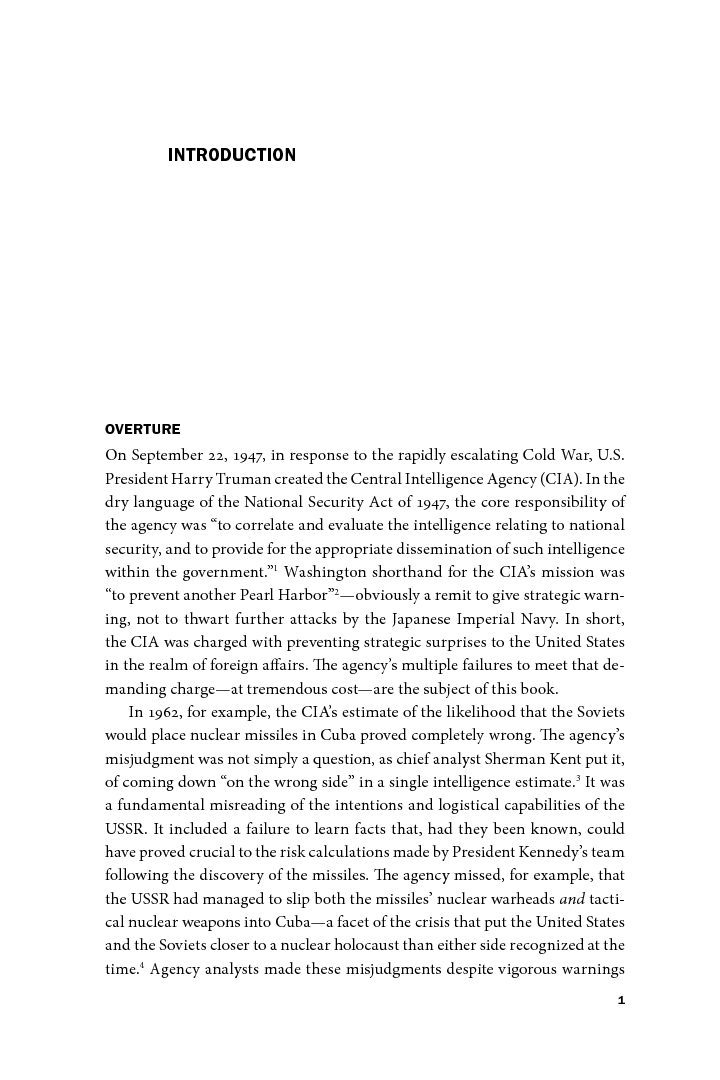