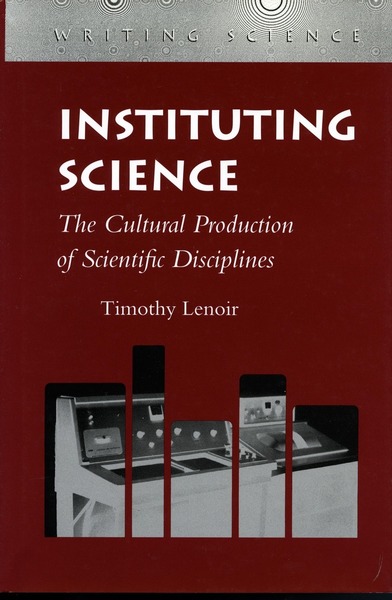 Early practitioners of the social studies of science turned their attention away from questions of institutionalization, which had tended to emphasize macrolevel explanations, and attended instead to microstudies of laboratory practice. Though sympathetic to this approach—as the microstudies included in this book attest—the author is interested in re-investigating certain aspects of institution formation, notably the formation of scientific, medical, and engineering disciplines. He emphasizes the manner in which science as cultural practice is imbricated with other forms of social, political, and even aesthetic practices.

This book offers case studies that reexamine certain critical junctures in the traditional historical picture of the evolution of the role of the scientist in modern Western society. It focuses especially on the establishment of new disciplines within German research universities in the nineteenth century, the problematic relationship that emerged between science, industry, and the state at the turn of the twentieth century, and post-World War II developments in science and technology.

After an Introduction and two chapters dealing with science and technology as cultural production and the struggles of disciplines to achieve legitimation and authority, the author considers the following topics: the organic physics of 1847; the innovative research program of Carl Ludwig as a model for institutionalizing science-based medicine; optics, painting, and ideology in Germany, 1845-95; Paul Ehrlich's "magic bullet"; the Haber-Bosch synthesis of ammonia; and the introduction of nuclear magnetic resonance instrumentation into the practice of organic chemistry.

Timothy Lenoir is Professor of the History of Science at Stanford University. He is the author of The Strategy of Life: Teleology and Mechanics in Nineteenth-Century Biology.