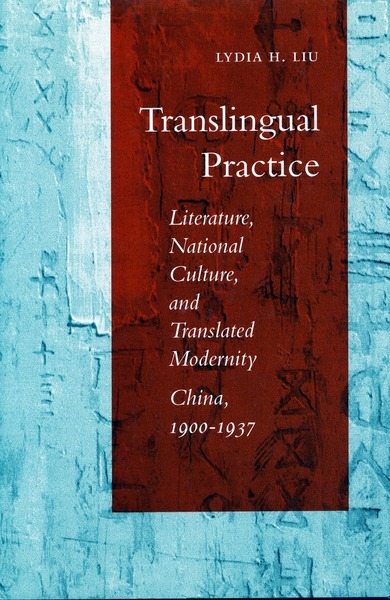 Are languages incommensurate? If so, how do people establish and maintain hypothetical equivalences between words and their meanings? What does it mean to translate one culture into the language of another on the basis of commonly conceived equivalences?

This study—bridging contemporary theory, Chinese history, comparative literature, and culture studies—analyzes the historical interactions among China, Japan, and the West in terms of "translingual practice." By this term, the author refers to the process by which new words, meanings, discourses, and modes of representation arose, circulated, and acquired legitimacy in early modern China as it contacted/collided with European/Japanese languages and literatures. In reexamining the rise of modern Chinese literature in this context, the book asks three central questions: How did "modernity" and "the West" become legitimized in May fourth literary discourse? What happened to native agency in this complex process of legitimation? How did the Chinese national culture imagine and interpret its own moment of unfolding?

Lyida H. Liu is Associate Professor of Chinese and Comparative Literature at the University of California, Berkeley.

"This important book will be of great interest and immense use to anyone in modern Chinese cultural studies who would understand the process by which new words, meanings, discourses, and modes of representation arose, circulated, and acquired legitimacy in early modern China through contact with European and Japanese languages and literatures."

"This book will be of interest to a wide audience and is must reading for those pursuing comparative studies."