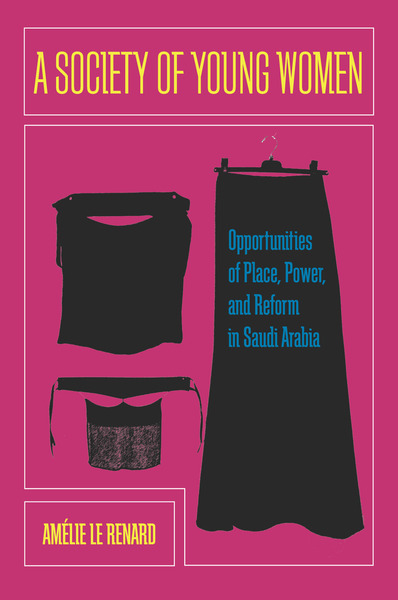 Honorable Mention in the 2015 AMEWS Book Award, sponsored by the Association for Middle East Women’s Studies.

The cities of Saudi Arabia are among the most gender segregated in the world. In recent years the Saudi government has felt increasing international pressure to offer greater roles for women in society. Implicit in these calls for reform, however, is an assumption that the only "real" society is male society. Little consideration has been given to the rapidly evolving activities within women's spaces. This book joins young urban women in their daily lives—in the workplace, on the female university campus, at the mall—to show how these women are transforming Saudi cities from within and creating their own urban, professional, consumerist lifestyles.

As young Saudi women are emerging as an increasingly visible social group, they are shaping new social norms. Their shared urban spaces offer women the opportunity to shed certain constraints and imagine themselves in new roles. But to feel included in this peer group, women must adhere to new constraints: to be sophisticated, fashionable, feminine, and modern. The position of "other" women—poor, rural, or non-Saudi women—is increasingly marginalized. While young urban women may embody the image of a "reformed" Saudi nation, the reform project ultimately remains incomplete, drawing new hierarchies and lines of exclusion among women.

Amélie Le Renard is a sociologist at the National Center for Scientific Research, Paris.

"By incorporating interviews with young Saudi women, this book takes its readers to places that visitors to Saudi Arabia usually cannot go and provides perspective on Saudi life that is not generally available. I recommend the book highly. Undergraduates as well as graduate students would find the book useful. It may also attract educated readers with an interest in Saudi Arabia and the status of women there."

"[I]n this book, the French sociologist Amélie Le Renard undertakes an excellent analysis of young urban women in Saudi society . . . She does so by employing postcolonial analysis in conducting ethnographic fieldwork on Saudi women in the capital city of Riyadh. As such, Le Renard's book is a most welcome addition to the slowly growing literature on critical sociological analyses of non-Western women."

"Amélie Le Renard's groundbreaking ethnography provides a richly layered look into the diversity of young Saudi women's lives in Riyadh. the book overturns ideas about Saudi society as closed or backward by highlighting how the production of homosocial spaces and the limitations placed on Saudi women's mobility are entirely modern conventions tied to rapid urbanization, oil wealth, and the presence of a large foreign resident population."

"This splendid ethnography shatters many of the myths surrounding Saudi women. Amelie Le Renard brilliantly shows that women in Saudi Arabia don't need to be saved from their culture or religion and have invented creative ways to talk back to power."

"Le Renard's engagement with the way young urban Saudi women transform Saudi femininities by inventing new lifestyles is a skillful, well-balanced first-hand account of a social setting to which only a few non-Saudi researchers are able to gain access. This highly comprehensible, well-reasoned book bears valuable insights for scholars interested in women and gender in Middle Eastern Islamic contexts..." 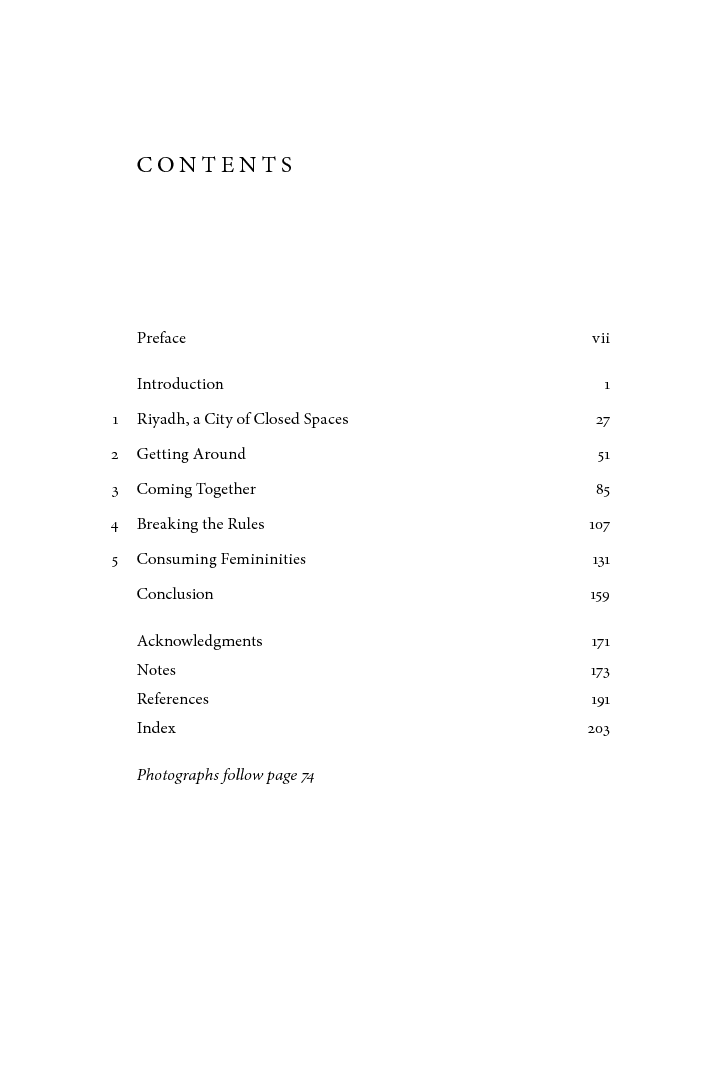 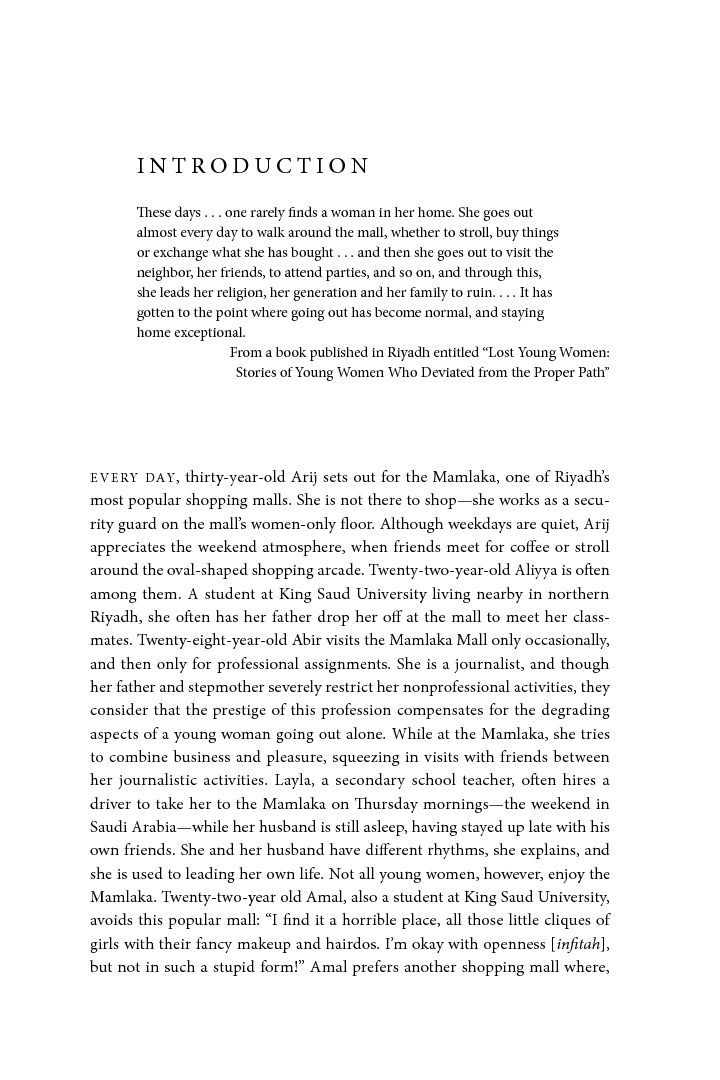 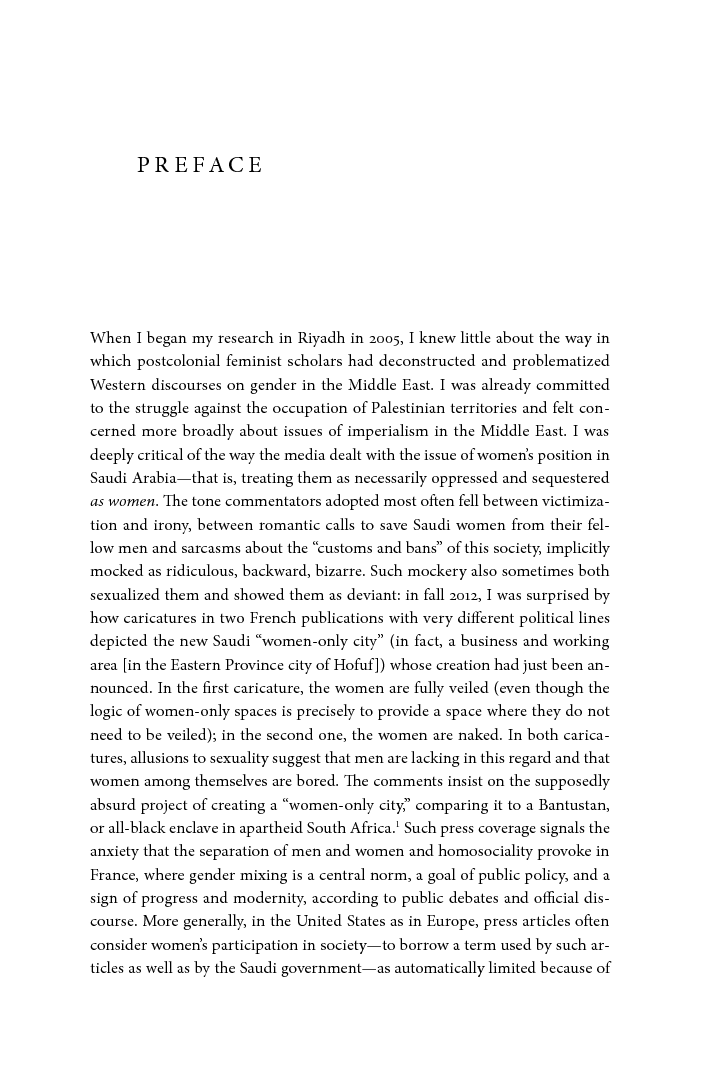