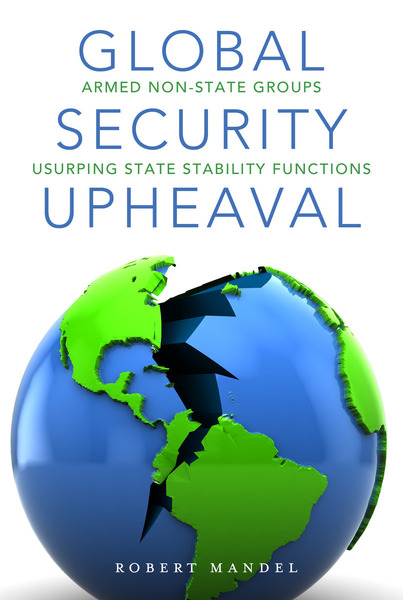 This book calls into question the commonly held contentions that central governments are the most important or even the sole sources of a nation's stability, and that subnational and transnational nonstate forces are a major source of global instability.

By assessing recent real-world trends, Mandel reveals that areas exist where it makes little sense to rely on state governments for stability, and that attempts to bolster such governments to promote stability often prove futile. He demonstrates how armed nonstate groups can sometimes provide local stability better than states, and how power-sharing arrangements between states and armed nonstate groups may sometimes be viable. He concludes that these trends in the international setting call for major shifts in our understanding of what constitutes stable governance—proposing that we adopt a fluid "emergent actor" approach. And he calls for significant deviation from standard policy responses to the opportunities and dangers posed by nontraditional sources of national authority.

Robert Mandel is Professor of International Affairs at Lewis and Clark College. He is the author of Dark Logic: Transnational Criminal Tactics and Global Security (Stanford University Press, 2011).

"Robert Mandel's Global Security Upheaval: Armed Non-state Groups Usurping State Stability Functions is a tour de force in the field of security studies. The author's arguments and recommendations turn the Westphalian state system on its head. . . . I recommend this book to anyone interested in global security studies and future military leaders. This text can be especially useful to students at the US Army War College, many of whom will have to face the dilemma raised by Mandel."

"This is a well-written, provocative work. . . . Recommended."

"Global Security Upheaval contributes to the growing debate about whether state sovereignty should be respected as an automatic right and provides a practical framework for thinking about international responses to difficult situations like ensuring stability in places such as Afghanistan, Libya, and Syria. The book's proposal to support local actors who provide people with security and are seen locally as legitimate—whether state or non-state armed groups—makes it an unusually important contribution to the study of governance in the context of conflict."

"Armed non-state groups have always been seen as diametrically opposed to stability. Robert Mandel, in this latest, thought-provoking book, challenges this notion. The outcomes of his research are certain to surprise you. The book also makes a bold attempt at creating a much needed alternative for the state-centric paradigm that has dominated thinking about security for too long. The book is innovative and masterly, and a great addition to the debate. A must-read!"

"Professor Mandel's fascinating and comprehensive analysis challenges the widespread assumption that armed non-state actors have to be eliminated in order to achieve national and international stability." 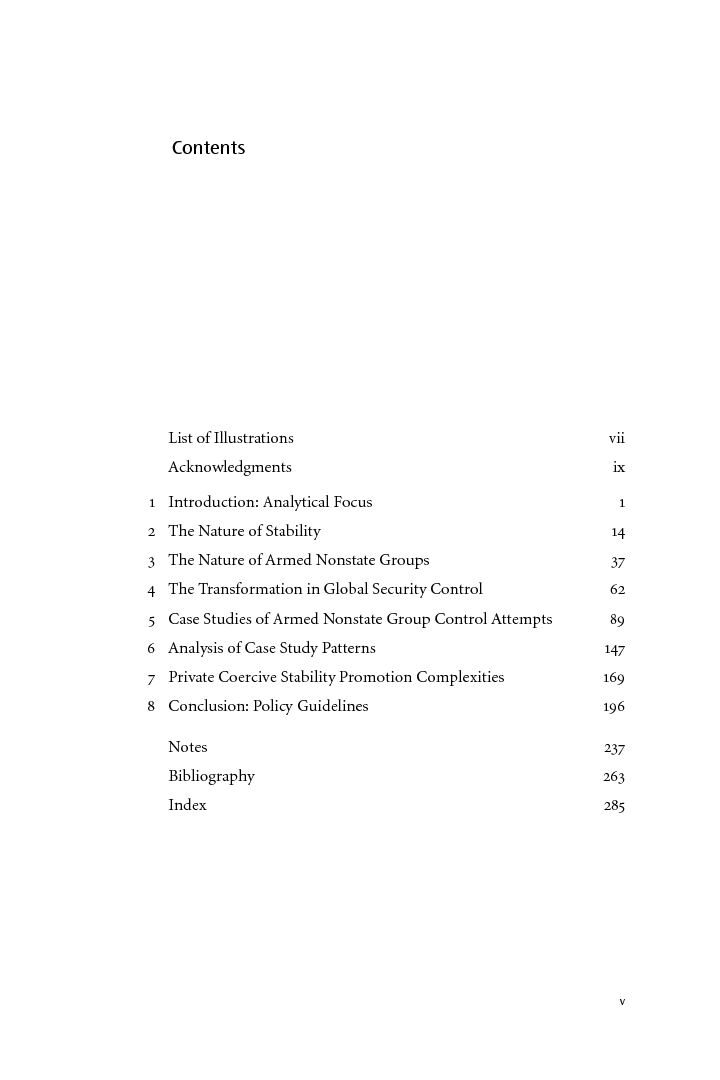 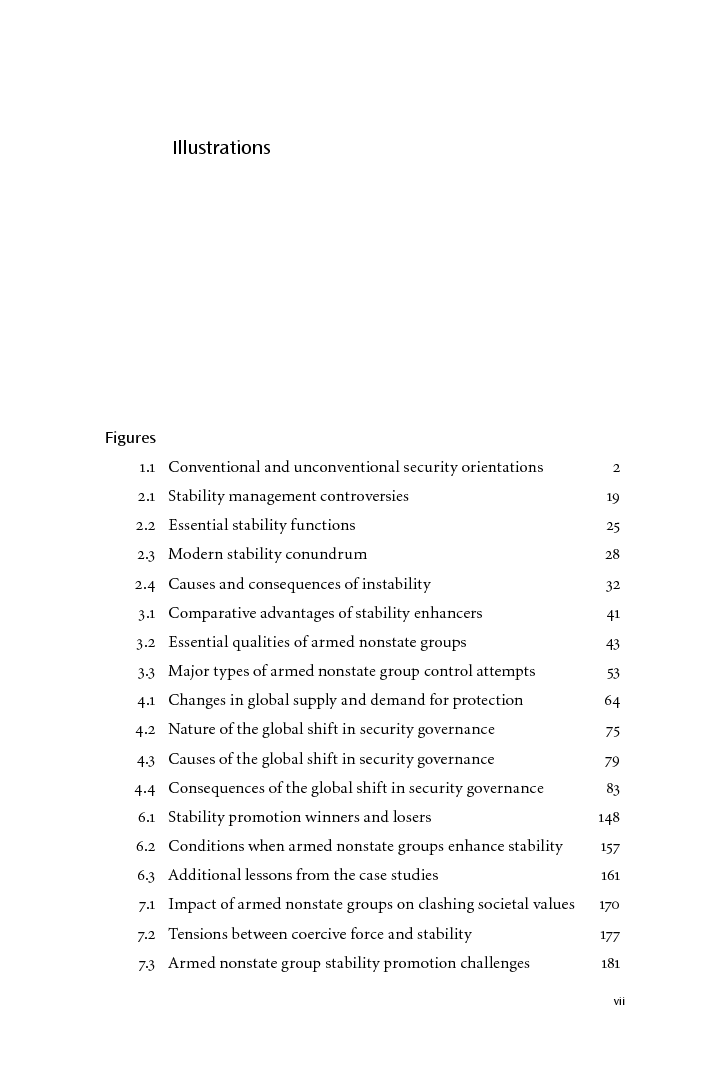 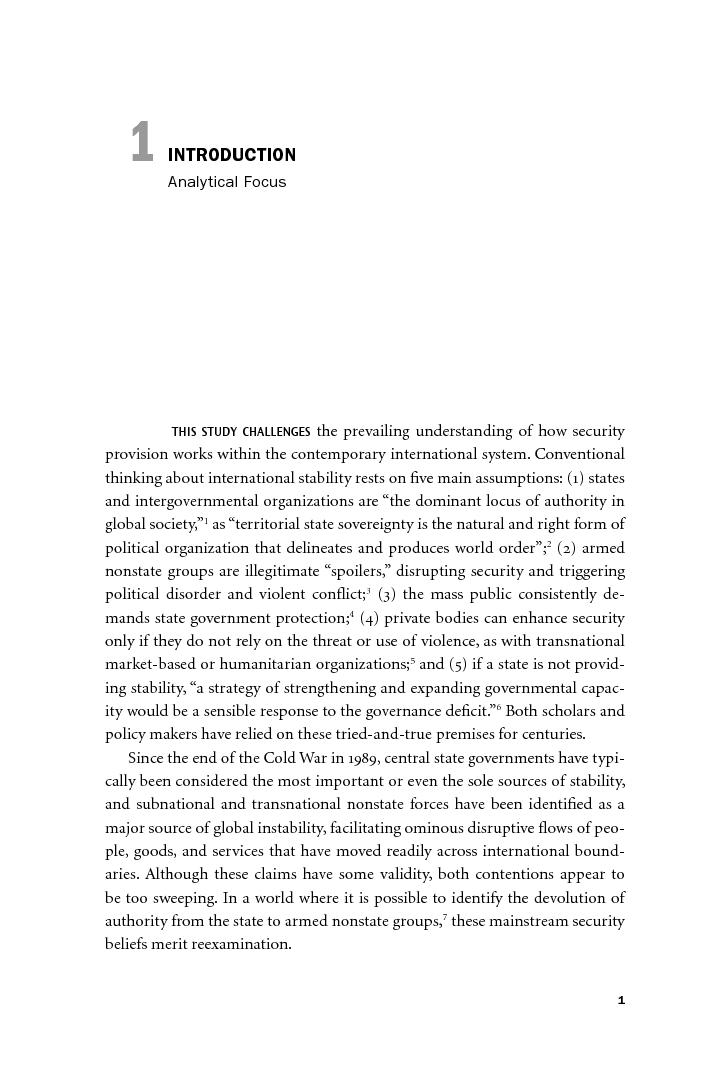