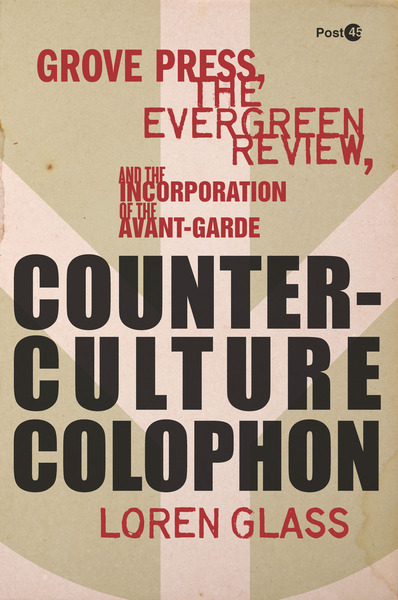 Responsible for such landmark publications as Lady Chatterley's Lover, Tropic of Cancer, Naked Lunch, Waiting for Godot,The Wretched of the Earth , and The Autobiography of Malcolm X, Grove Press was the most innovative publisher of the postwar era. Counterculture Colophon tells the story of how the press and its house journal, The Evergreen Review, revolutionized the publishing industry and radicalized the reading habits of the "paperback generation." In the process, it offers a new window onto the 1960s, from 1951, when Barney Rosset purchased the fledgling press for $3,000, to 1970, when the multimedia corporation into which he had built the company was crippled by a strike and feminist takeover.

Grove Press was not only responsible for ending censorship of the printed word in the United States but also for bringing avant-garde literature, especially drama, into the cultural mainstream as part of the quality paperback revolution. Much of this happened thanks to Rosset, whose charismatic leadership was crucial to Grove's success. With chapters covering world literature and the Latin American boom, including Grove's close association with UNESCO and the rise of cultural diplomacy; experimental drama such as the theater of the absurd, the Living Theater, and the political epics of Bertolt Brecht; pornography and obscenity, including the landmark publication of the complete work of the Marquis de Sade; revolutionary writing, featuring Rosset's daring pursuit of the Bolivian journals of Che Guevara; and underground film, including the innovative development of the pocket filmscript, Loren Glass covers the full spectrum of Grove's remarkable achievement as a communications center of the counterculture.

Loren Glass is Associate Professor of English at the University of Iowa. He is the author of Authors Inc.: Literary Celebrity in the Modern United States, 1880–1980 (2004).

"This is a very smart and elegantly written biography of a major commercial press that played a key role in bringing the late modernist avant-garde into the mainstream postwar US culture."

'[A]cademic focus has occluded the study of other institutions, most notably the publishing industry. Loren Glass' Counterculture Colophon helps remedy this gap in post-World War II studies, focusing on the rise and fall of Grove Press . . . Glass' book offers a model of institutional analysis that' s refreshingly new to post-World War II literary studies. The book is essential reading for anyone interested in the 1960's."

"This book has turned out to be one of the most influential on my recent thinking about publishing and how it should work, proving that history can tell us a great deal about both the present and the future . . . The heroic and sometimes tragic saga reminds us of what it means to be a passionate and committed publisher . . . <>Counterculture Colophon is a book I strongly recommend to anyone interested in contemporary literature and of course, publishing . . . [F]or many, it will be a truly inspiring tale."

"With this richly evocative and incisive history of Grove Press, Glass celebrates the achievement of Grove's charismatic founder, Barney Rosset, whose mission to democratize the avant-garde brought European experimental literature and an expanded world canon into the American mainstream during the 1950s and 60s."

"Loren Glass's book Counterculture Colophon: Grove Press, the Evergreen Review, and the Incorporation of the Avant-Garde is essential reading for those who care about American literary and cultural history in the mid and late 20th century . . . If you like reading about an era of vibrant transatlantic cultural exchange and a time when France mattered mightily to American aesthetes, you will love this book . . . It should be required reading for those studying the history of the U.S. publishing industry, the history of the left, and the history of the battle for free speech."

"Academics customarily deploy the term 'modernism' when thinking of the fifties and sixties, but back then the more risky and progressive-sounding word 'avant-garde' was more abroad and sounded highly exciting. Glass makes a good fist of conveying this uneven excitement and its difficult mix of both 'cultural elitism and cultural pluralism' . . . Glass grasps Grove's flawed achievement in bringing to U.S. publishing and reading a new way of thinking."

"I had such a good time reading Loren Glass's study of the Grove Press, I barely noticed that he had packed a whole education in the American reception of the European avant-garde into its pages. Brimming with as many colorful and brilliant personalities as it is with good ideas and cogent analyses, this book fills in a major gap in our knowledge of postwar American culture, and will appeal to anyone who has ever felt the lure of dangerously sexy ideas."

"Loren Glass tells a terrific story, detailing the rise and fall of Grove Press; of Barney Rosset, its pioneering publisher; and of the once booming US market for avant-garde literature, experimental theater, and foreign films. A riveting and highly entertaining narrative, Glass's book offers a compelling new map of the world system of postwar literature, a map on which Paris and New York figure less as competing capitals than as the closest of trading partners. Counterculture Colophon provides a whole new perspective on the American literary scene of the 1950s, 60s, and 70s."

"As a scholarly look at Grove's cultural achievement, Counterculture Colophon is enormously valuable. Its attention to the paratexts of Grove volumes, particularly Roy Kuhlman's book covers, are illuminating, and its account of the globalization of the literary marketplace during the postwar era will interest both literary scholars and book historians." 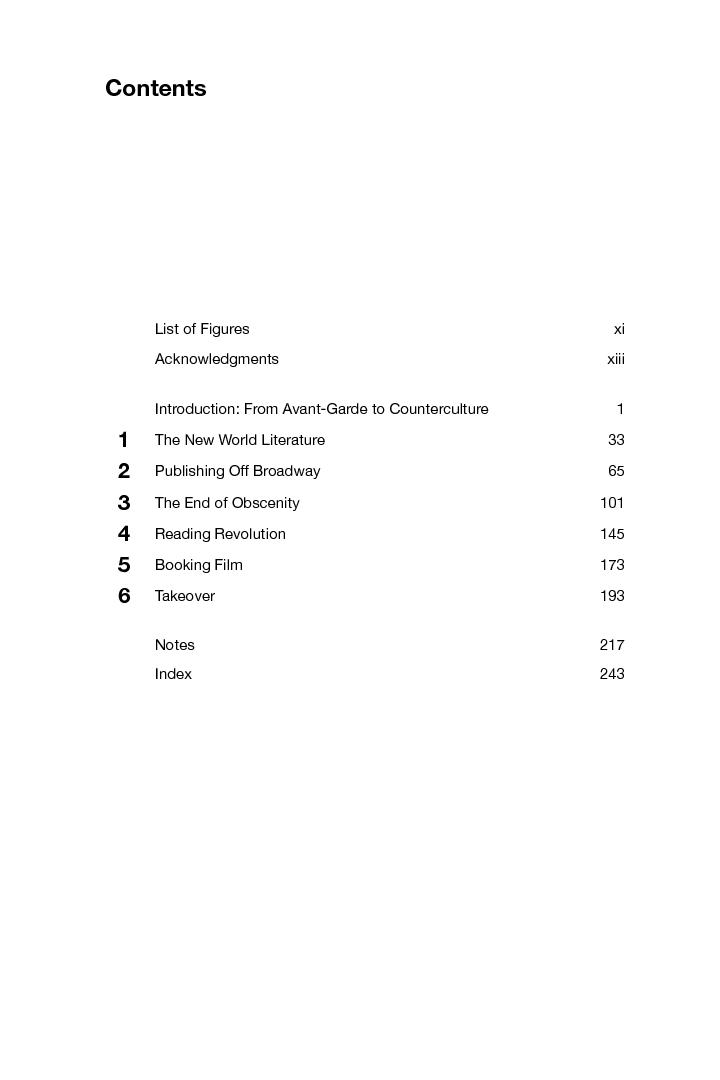 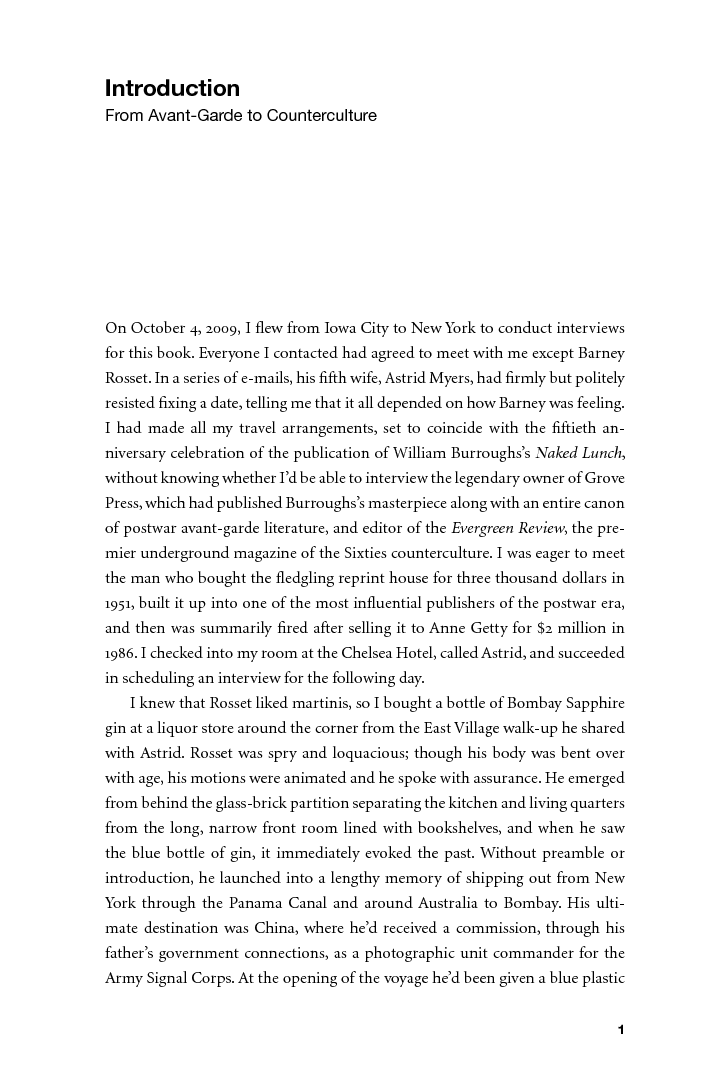 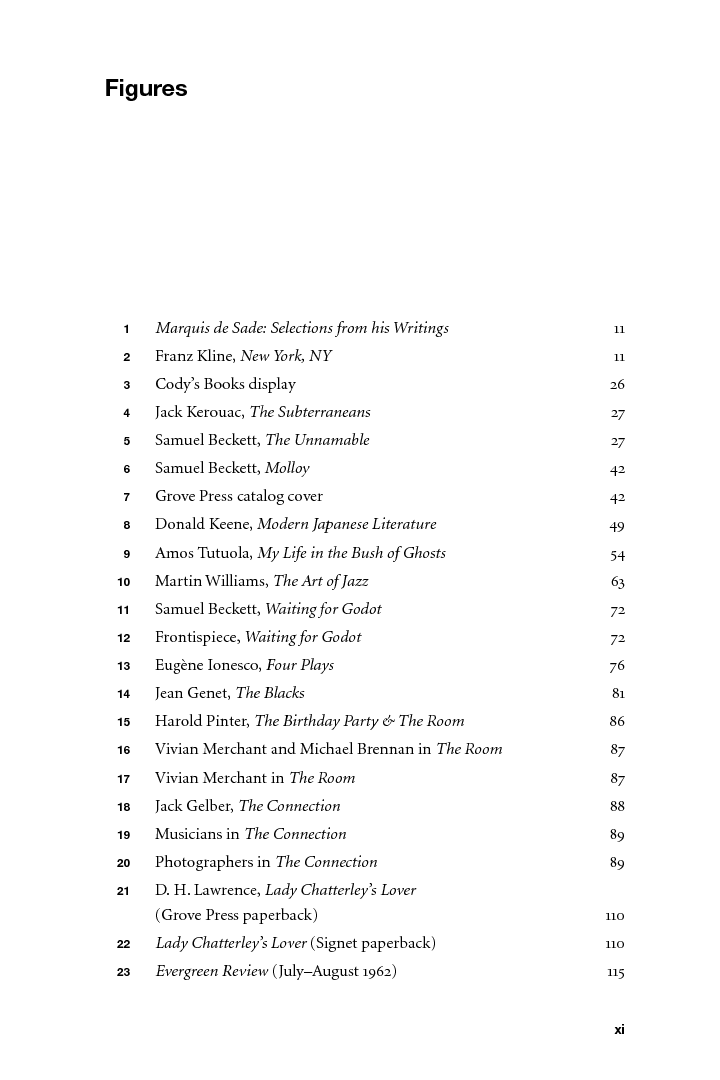