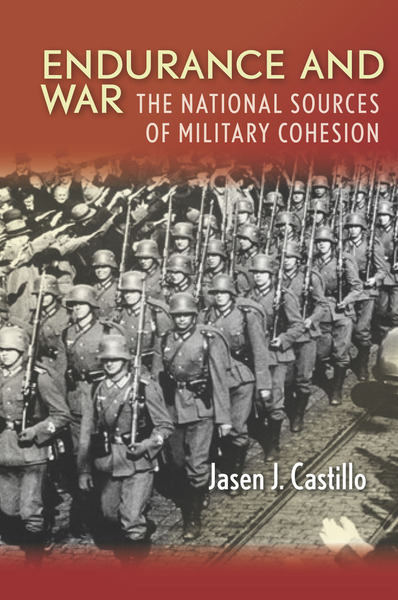 Scholars and military practitioners alike have long sought to understand why some country's militaries fight hard when facing defeat while others collapse. In Endurance and War, Jasen Castillo presents a new unifying theory—cohesion theory—to explain why national militaries differ in their staying power. His argument builds on insights from the literatures on group solidarity in general and military effectiveness in particular, which argue that the stronger the ties binding together individuals in a group of any kind, the higher the degree of cohesion that a group will exhibit when taking collective action, including fighting in war. Specifically, he argues that two types of ties determine the cohesion, and therefore the resilience, of a nation's armed forces during war: the degree of control a regime holds over its citizens and the amount of autonomy the armed forces possess to focus on training for warfighting.

Understanding why armed forces differ in their cohesion should help U.S. military planners better assess the military capabilities of potential adversaries, like Iran and North Korea. For scholars of international politics, cohesion theory can help provide insights into how countries create military power and how they win wars.

Jasen Castillo is an assistant professor in the Bush School of Government and Public Service at Texas A&M University.

"[This] well-written book provides . . . a new and compelling template through which to examine military effectiveness . . . [A] valuable tool for conducting in-depth analysis of adversary forces, or of one's own military forces. His book is exceptionally readable . . . It is highly recommended for both specialists in the field of military history as well as the general reader."

"Why do national militaries differ in their ability to fight with determination and with flexibility on the battlefield while enduring difficult strategic circumstances? Castillo proposes 'cohesion theory' as a way to answer that question; he then tests its application in seven comparable case studies drawn from various participants in WWII and the Vietnam conflict . . . Castillo then applies the theory to recent U.S. national security operations in Afghanistan and projects policy options against potential future foes such as Iran and North Korea. The work belongs in academic libraries with significant holdings in national security studies . . . Summing Up: Recommended"

"Endurance and War is an important and innovative contribution to our understanding of military effectiveness. Jasen Castillo bucks popular views that attribute military cohesion to small-group ties or democracy, explaining instead that cohesion depends on the ability of governments to inculcate and enforce norms of absolute loyalty in society and governments' willingness to allow the military to develop strong internal bonds. Castillo persuasively argues that certain non-democratic states are likely to field the most cohesive militaries, whereas democracies face significant disadvantages in maintaining cohesion, particularly in protracted wars. Castillo's provocative arguments merit the attention of scholars and policymakers alike."

"Castillo's theoretical framework is convincing and parsimonious. His five case studies—Germany, 1944–45; France, 1940; the Soviet Union, 1941; North Vietnam, 1965–73, and the United States, 1968–72—are meticulously researched. His argument can serve policy-makers as they assess the state of a nation's armed forces and battlefield potential, as well as that of militaries of friends and foes alike. And while Castillo's case studies are restricted to the armed forces, the overall logic of his argument can just as well be applied to other groups, for instance, terrorist organizations. Endurance and War is well written, relevant, and highly readable."

"Jasen Castillo has written—if not the last word on military cohesion—then an excellent book on a critically important but much neglected subject. The military effectiveness literature has been remarkably unbalanced in its focus on skill over will. Hopefully Endurance and War will begin the re-balancing of this literature. There is no doubt that every work on cohesion that follows will have to reckon with its powerful and persuasive arguments."

"This book examines the puzzle of why some armies fight hard until the bitter end while others do not. Evaluating the expected wartime performance and endurance of an enemy's military remains a relevant task for policymakers and military planners assessing the likely outcome of war. Jasen Castillo does both groups a service with this well-written and accessible book presenting a theory of military cohesion."

"Jasen Castillo's Endurance and War is a systematic effort to explore and explain this variation. He does so by combining a relatively parsimonious theory (based on a variety of existing literatures) with extensive empirical research. The result is illuminating and engaging." 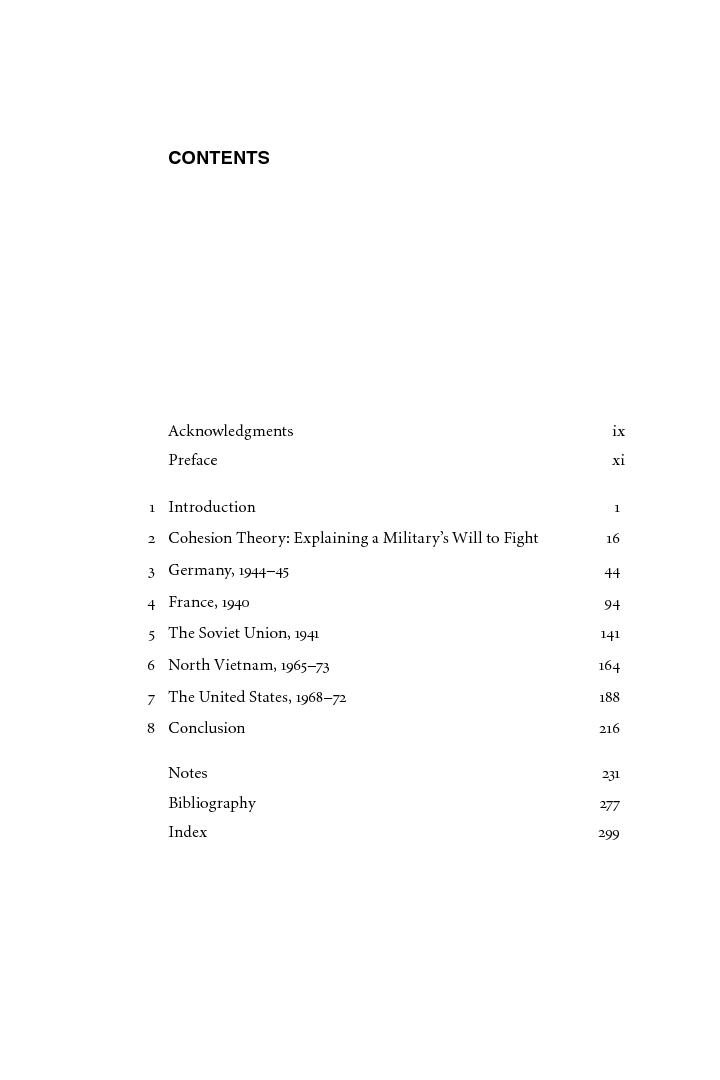 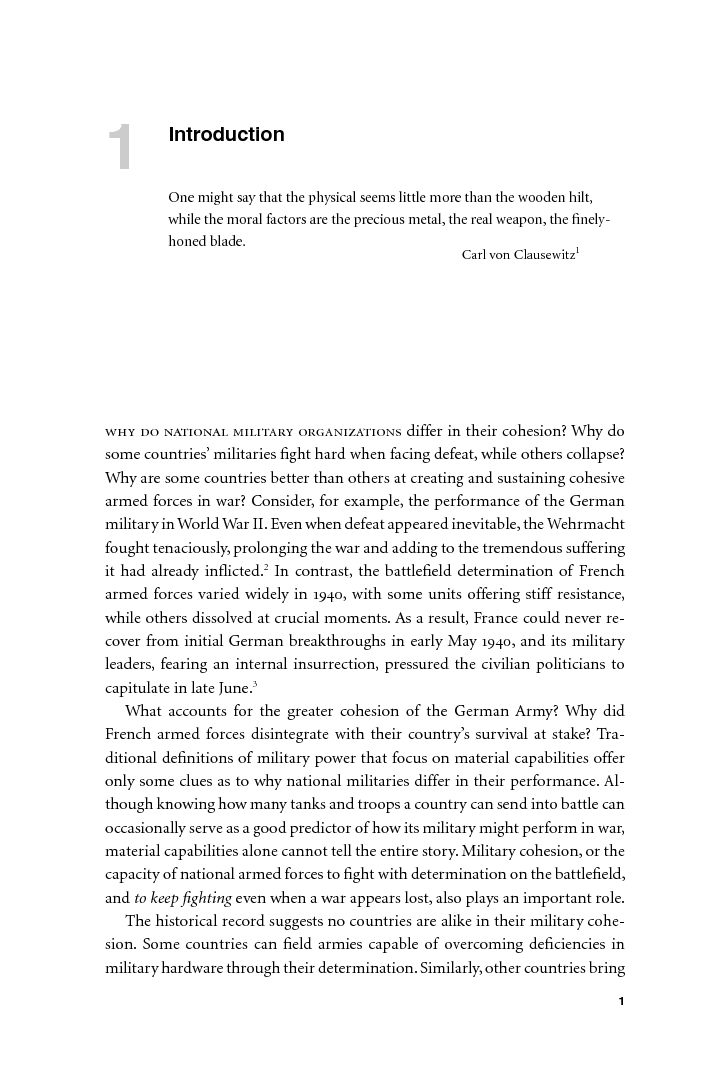 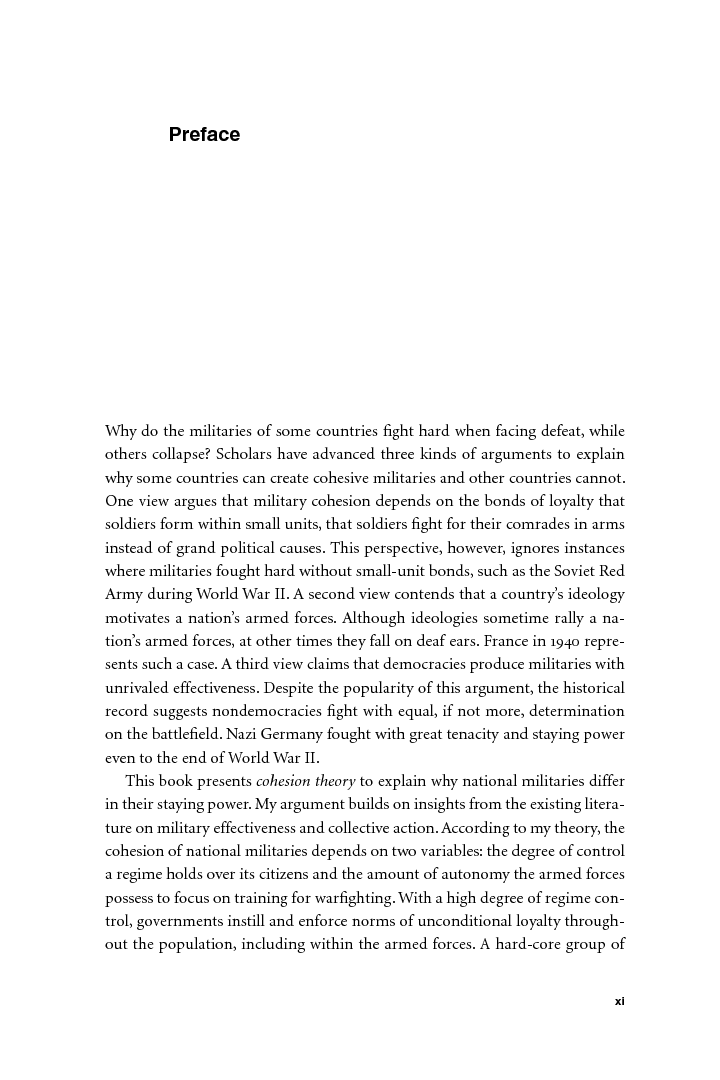