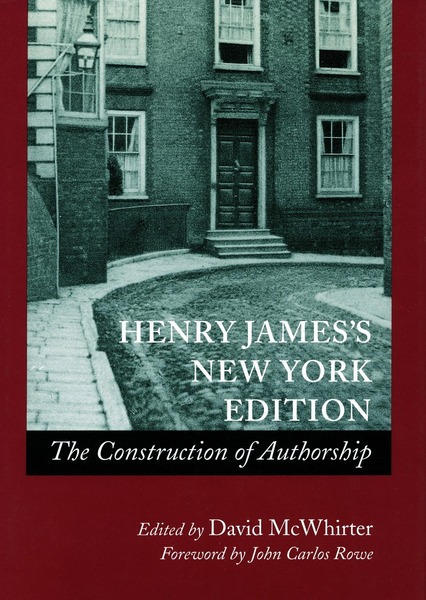 Toward the end of Henry James's career, Charles Scribner's Sons offered him the opportunity to publish his collected works in a single edition under the overall title The New York Edition of the Novels and Tales of Henry James (1907-1909). Rather than simply reprint his fictional oeuvre, James entered into a massive work of self-monumentalization: revising the texts extensively; writing prefaces that have become classic texts on prose aesthetics and the novelist's art; and omitting many works, among them some major novels. The thirty illustrations include all twenty-four frontispiece photographs made, under James's supervision, for the edition.

David McWhirter is Associate Professor of English at Texas A & M University.

"McWhirter's collection of essays takes on the long-awaited task of situating the 24-volume New York edition and its author within a cultural/historical framework. . . . Easily establishes itself as a must for Jamesians and a valuable read for anyone concerned with narrative theory and/or the history of the novel."