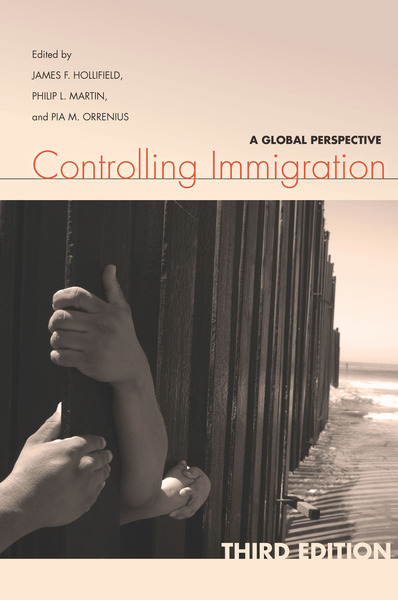 The third edition of this major work provides a systematic, comparative assessment of the efforts of a selection of major countries, including the U.S., to deal with immigration and immigrant issues— paying particular attention to the ever-widening gap between their migration policy goals and outcomes.

Retaining its comprehensive coverage of nations built by immigrants and those with a more recent history of immigration, the new edition pays particular attention to the tensions created by post-colonial immigration, and explores how countries have attempted to control the entry and employment of legal and illegal Third World immigrants, how they cope with the social and economic integration of these new waves of immigrants, and how they deal with forced migration.

Philip L. Martin is Professor of Agricultural and Resource Economics and Chair of the UC Comparative Immigration & Integration Program at UC Davis.

"The third edition of Controlling Immigration: A Global Perspective is the best so far. Managing migration is one of the major challenges of the 21st century. Under the able guidance of editors Hollifield, Orrenius, and Martin, the volume provides excellent comparative perspective on immigration policies in both emerging and traditional countries of immigration. A must read for academics and policymakers alike."

"By now a classic among the key texts on international migration, this third edition of Controlling Immigration: A Global Perspective continues to provide the best comparative account of states' efforts to manage cross-border migration and their limited effectiveness in doing so."

—Eiko Thielemann, Department of Government and the European Institute, London School of Economics and Political Science

"Controlling Immigration is the gold standard for comparative studies of modern trends in immigrant-receiving nations. Its contributors form a stellar interdisciplinary roster of leading immigration scholars. Its core arguments—that immigration policies are converging globally, but also failing to achieve their goals—are vital for understanding contemporary politics in many lands." 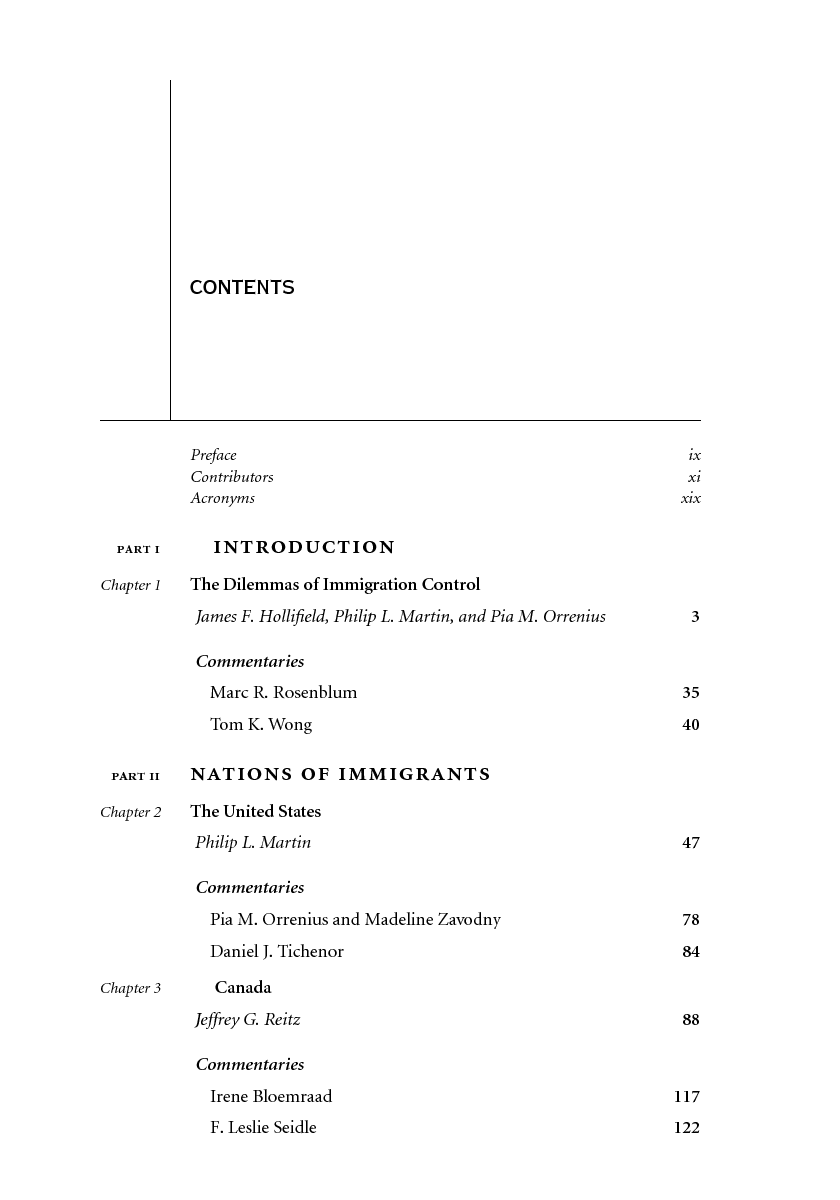 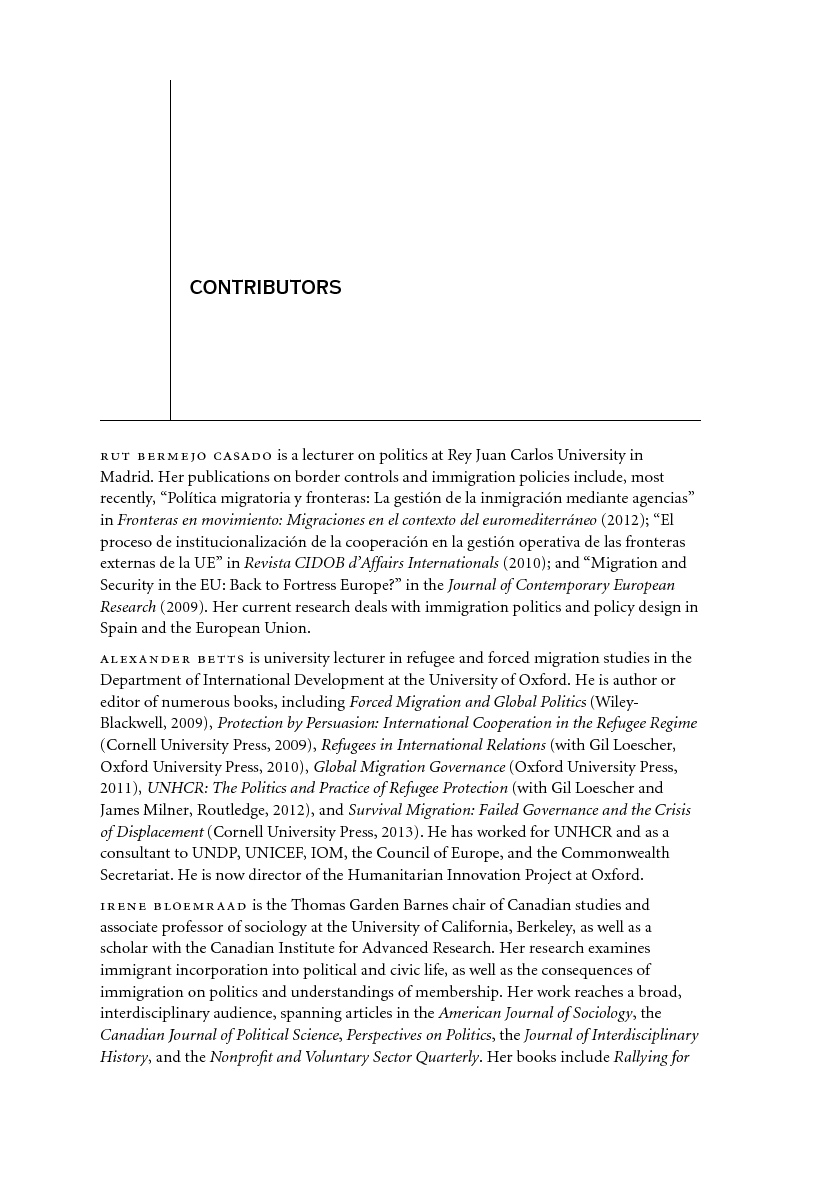 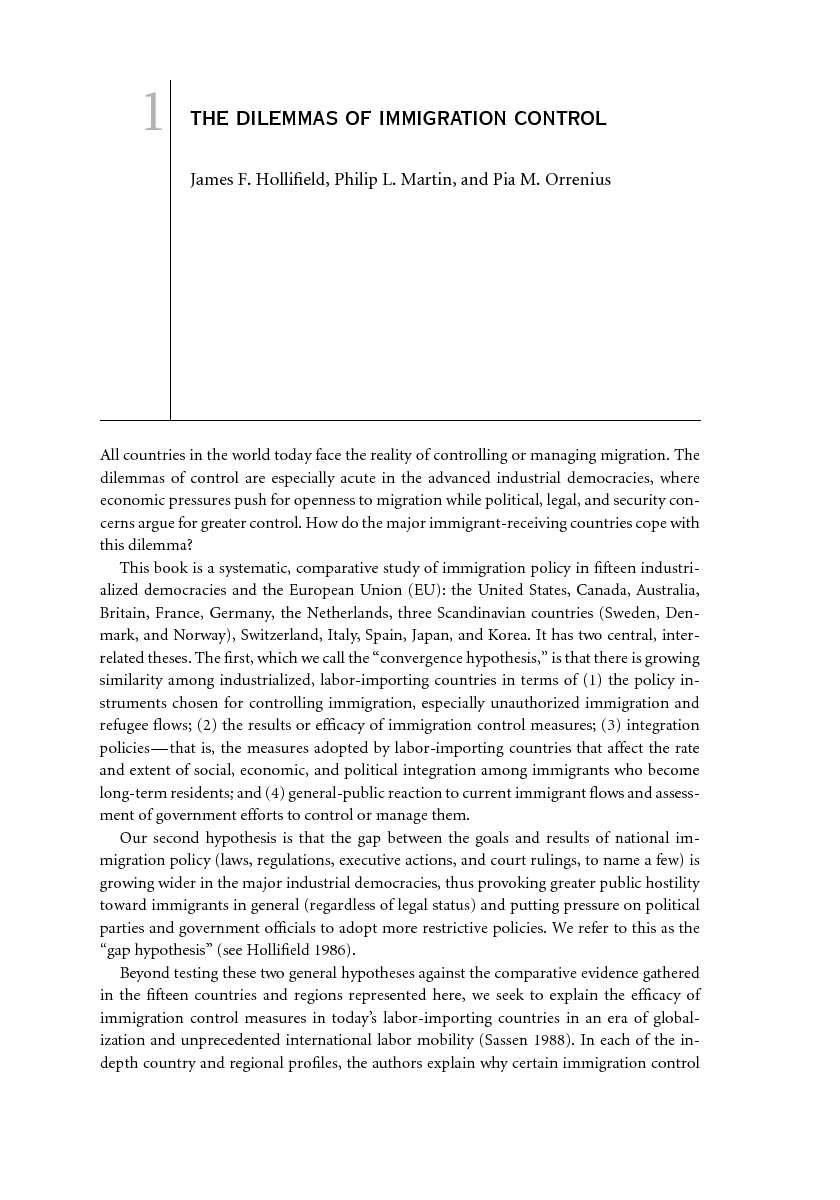 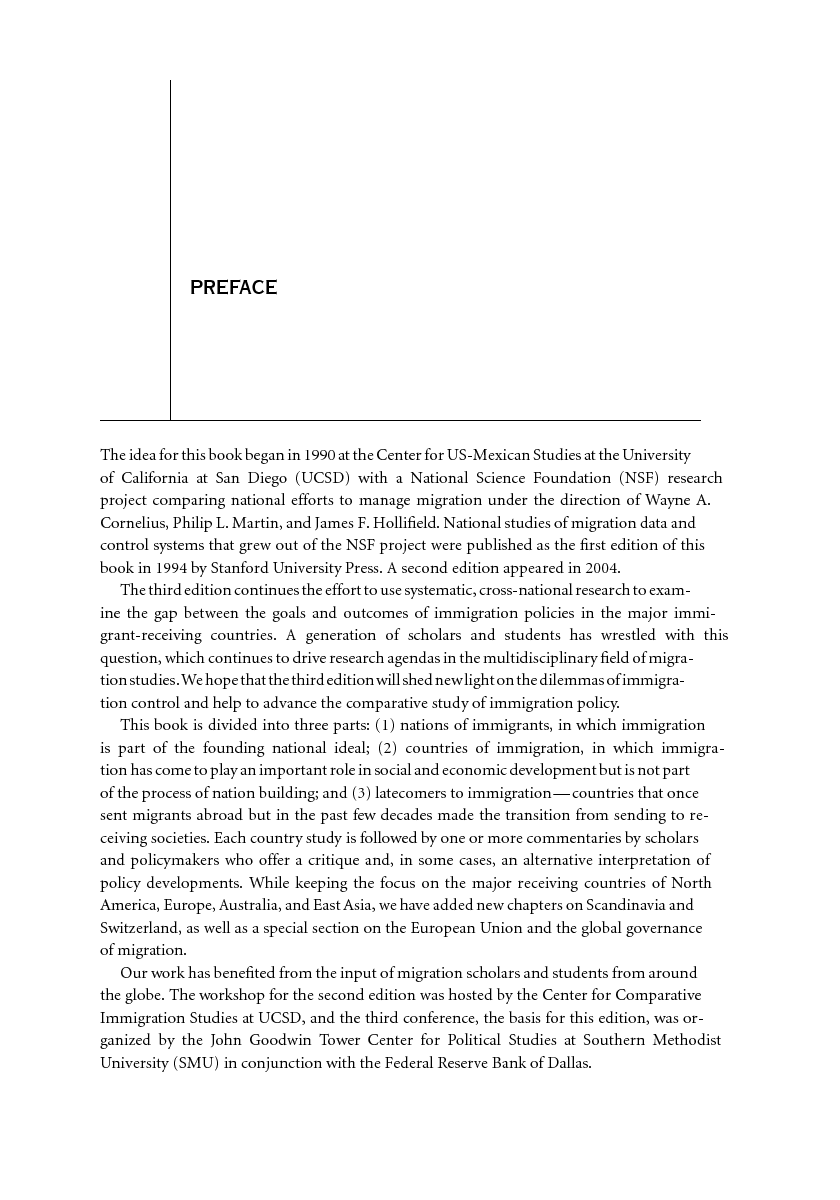