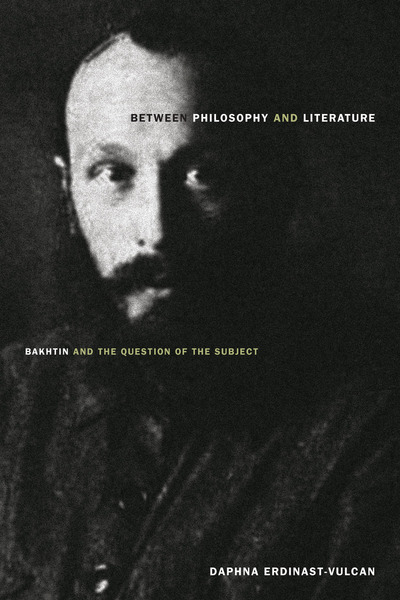 This is an original reading of Mikhail Bakhtin in the context of Western philosophical traditions and counter-traditions. The book portrays Bakhtin as a Modernist thinker torn between an ideological secularity and a profound religious sensibility, invariably concerned with questions of ethics and impelled to turn from philosophy to literature as another way of knowing.

Most major studies of Bakhtin highlight the fragmented and apparently discontinuous nature of his work. Erdinast-Vulcan emphasizes, instead, the underlying coherence of the Bakhtinian project, reading its inherent ambivalences as an intersection of philosophical, literary, and psychological insights into the dynamics of embodied subjectivity. Bakhtin's turn to literature and poetry, as well as the dissatisfactions that motivated it, align him with three other "exilic" Continental philosophers who were his contemporaries: Bergson, Merleau-Ponty, and Levinas. Adopting Bakhtin's own open-ended approach to the human sciences, the book stages a series of philosophical encounters between these thinkers, highlighting their respective itineraries and impasses, and generating a Bakhtinian synergy of ideas.

Daphna Erdinast-Vulcan is Professor of English at the University of Haifa, Israel.

"A recurrent motif of the book, reflecting both Bakhtin's work and human experience in general, is the subject's need for a framing structure alongside the need to transcend those frames. The ethical subject pushes through the frame while understanding its deep dependence on that very frame - the individual acting at the limits of being even if those limits are impossible to fully cross. In her study, Erdinast-Vulcan has distilled the complexity of Bakhtin's thought while preserving its core of humanity - achieving that rare feat of a scholarly work that deals with questions that are pressing in human life."

—David Stromberg, Partial Answers: Journal of LIterature and the History of Ideas

"Between Philosophy and Literature is profoundly interesting . . . [I]ts vision of a better way to live is genuinely persuasive . . . The chapters in which Bakhtin is compared to Bergson, Merleau-Ponty and Lévinas are particularly well-achieved and show how the examination of a concrete, historically situated, and creative self became a sustained philosophical concern in the 20th century."

"Erdinast-Vulcan provides an interpretation of Bakhtin's neglected early writings that effectively makes them available for the first time to a general audience. Her readings are critical, but they insightfully convey the essence of what Bakhtin was trying to do in his earliest phase. Her lucid exposition will result in a discovery of those writings as the important documents they are in the formation of new paths in linguistics, ethics, aesthetics—and even theology."

"By uncovering the layers of Bakhtin's understanding of the subject, Erdinast-Vulcan's offers an in-depth interpretation of his 'philosophizing under the mask' at a time when literary theory came under the threat of totalitarianism. She portrays his vision of the subject in the process of its formation, and by placing it in a broad historical context she discloses the range of his influence on modern philosophy and the humanities."

"Daphna Erdinast-Vulcan's study avoids the standard lines of inquiry into the work of Mikhail Bakhtin. It aspires neither to provide a full exposition of his thought, nor to situate it in its cultural context or trace its intellectual genealogies. Drawing largely on sources that are less widely known—the early philosophical manuscripts and the suggestive notebooks—she provides instead a compelling account of Bakhtin's idiosyncratic place within the Western philosophical tradition, and in particular within the tradition of thinking about subjectivity and ethics....Bakhtin's work emerges as neither a curiosity from the past, fit for little more than intellectual-historical unpacking, nor a repository of helpful terms to be applied to our respective domains of study, but rather as our untimely contemporary, still grappling with the deadlock between a discredited foundationalism and an unsatisfying relativism....Lucid and beautifully written." 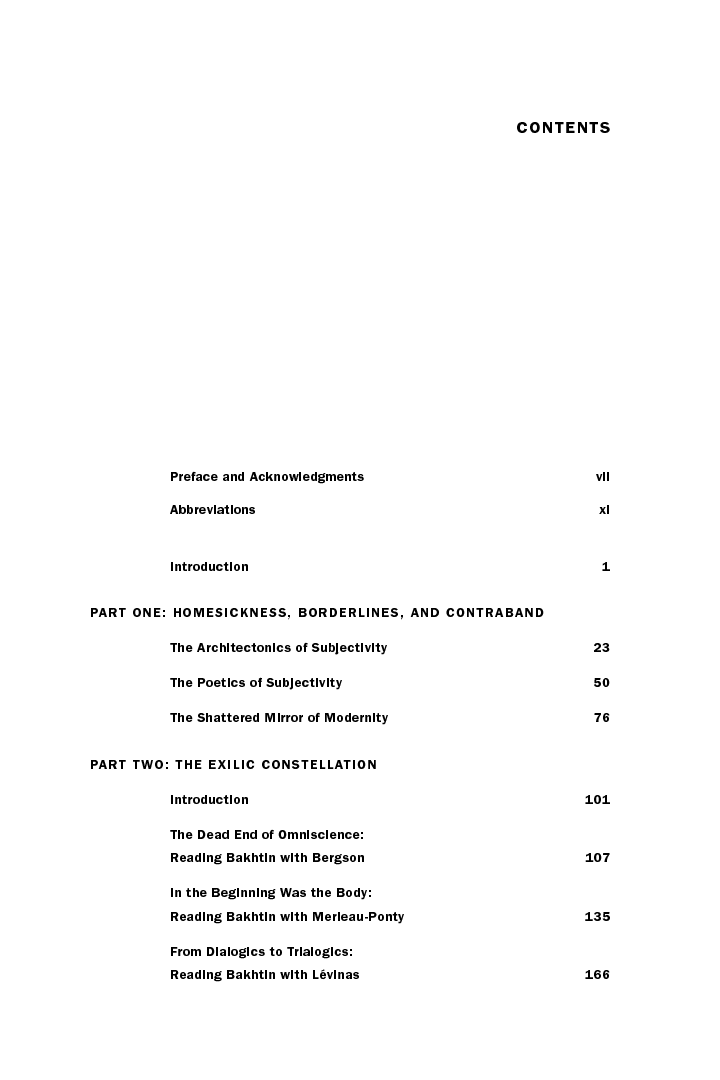 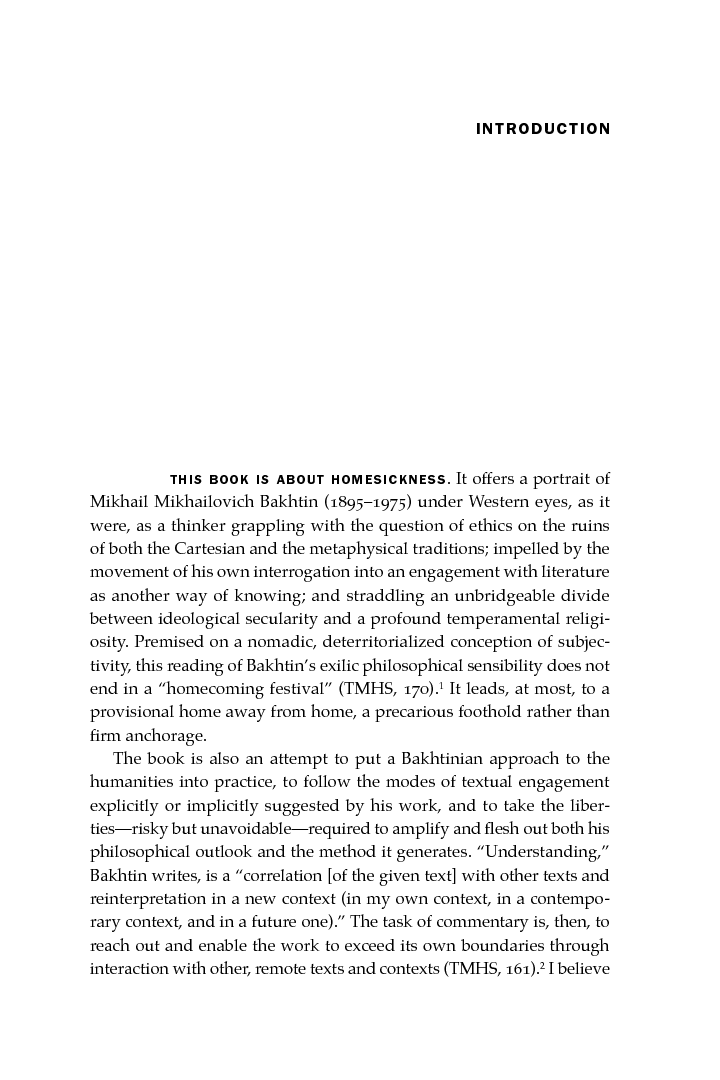