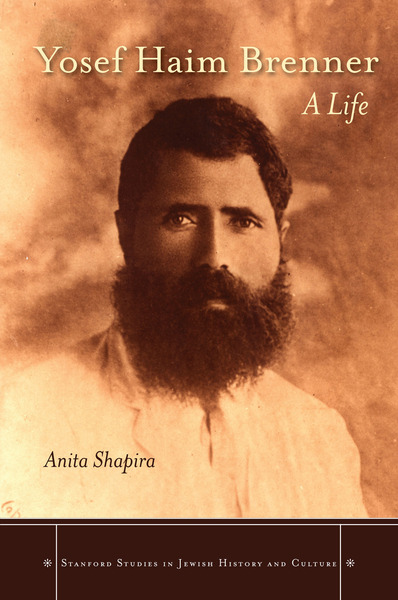 Based on previously unexploited primary sources, this is the first comprehensive biography of Yosef Haim Brenner, one of the pioneers of Modern Hebrew literature. Born in 1881 to a poor Jewish family in Russia, Brenner published his first story, "A Loaf of Bread," in 1900. After being drafted into the Russian army, he deserted to England and later immigrated to Palestine where he became an eminent writer, critic and cultural icon of the Jewish and Zionist cultural milieu. His life was tragically ended in the violent 1921 Jaffa riots.

In a nutshell, Brenner's life story encompasses the generation that made "the great leap" from Imperial Russia's Pale of Settlement to the metropolitan centers of modernity, and from traditional Jewish beliefs and way of life to secularism and existentialism. In his writing he experimented with language and form, but always attempting to portray life realistically. A highly acerbic critic of Jewish society, Brenner was relentless in portraying the vices of both Jewish public life and individual Jews. Most of his contemporaries not only accepted his critique, but admired him for his forthrightness and took it as evidence of his honesty and veracity.

Renowned author and historian Anita Shapira's new biography illuminates Brenner's life and times, and his relationships with leading cultural leaders such as Nobel laureate S.Y. Agnon, Hayim Nahman Bialik, Israel's National Poet, and many others. Undermining the accepted myths about his life and his death, his depression, his relations with writers, women, and men—including the question of his homoeroticism—this new biography examines Brenner's life in all its complexity and contradiction.

Anita Shapira is Professor Emerita at Tel Aviv University and the Chair of the Chaim Weizmann Institute for the Study of Zionism and Israel. She is the author of numerous books including Israel: A History.

"Anita Shapira has done a fantastic job of documenting Brenner's life in her biography . . . Throughout, like Brenner, [Shapira] does not pull her punches. She tackles Brenner's mental health issues and personal difficulties, as well as his triumphs, and his legacy . . . Yosef Haim Brenner: a Life is a fascinating book that is sure to enthrall both general readers and academics."

"Anita Shapira, the most eminent historian of modern Israel, has written a gripping biography of the tormented master of early 20th-century Hebrew literature. Brenner's troubled and unflinchingly honest approach to Judaism and Zionism speaks to our own era, while Shapira's empathetic narrative illuminates the private as well as public aspects of Brenner's troubled life. Set in the context of fin-de-siècle Russia and late-Ottoman Palestine, Shapira's book is a fascinating study of the relationships between politics and art, literary friendship and rivalry, and mental illness and creative genius." 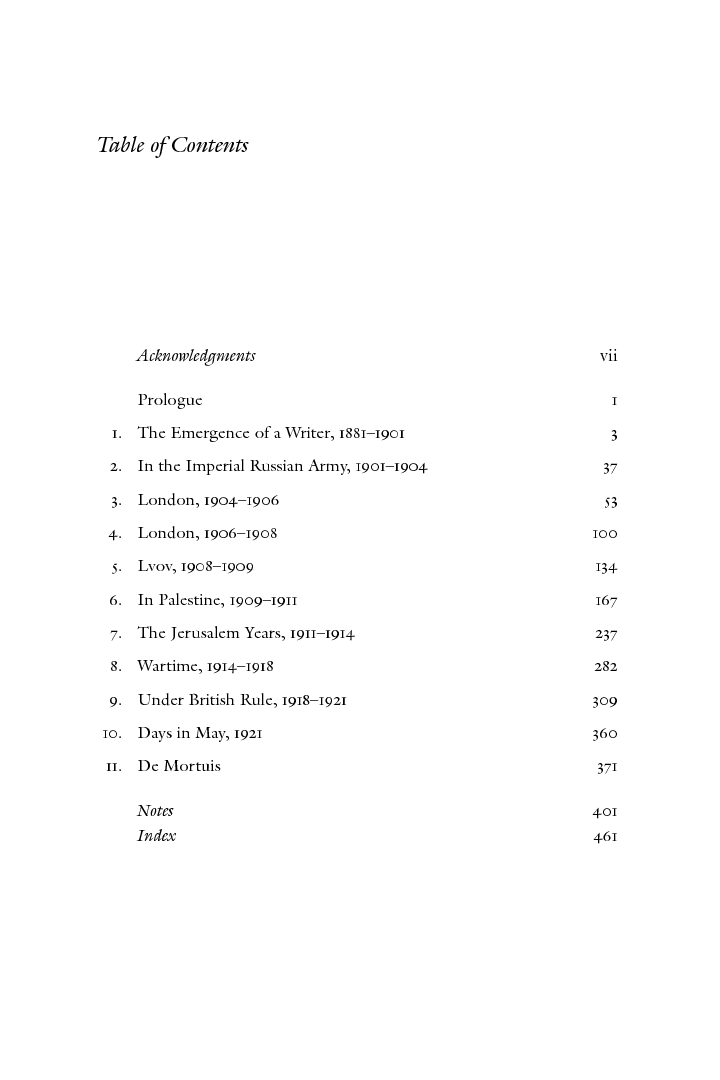 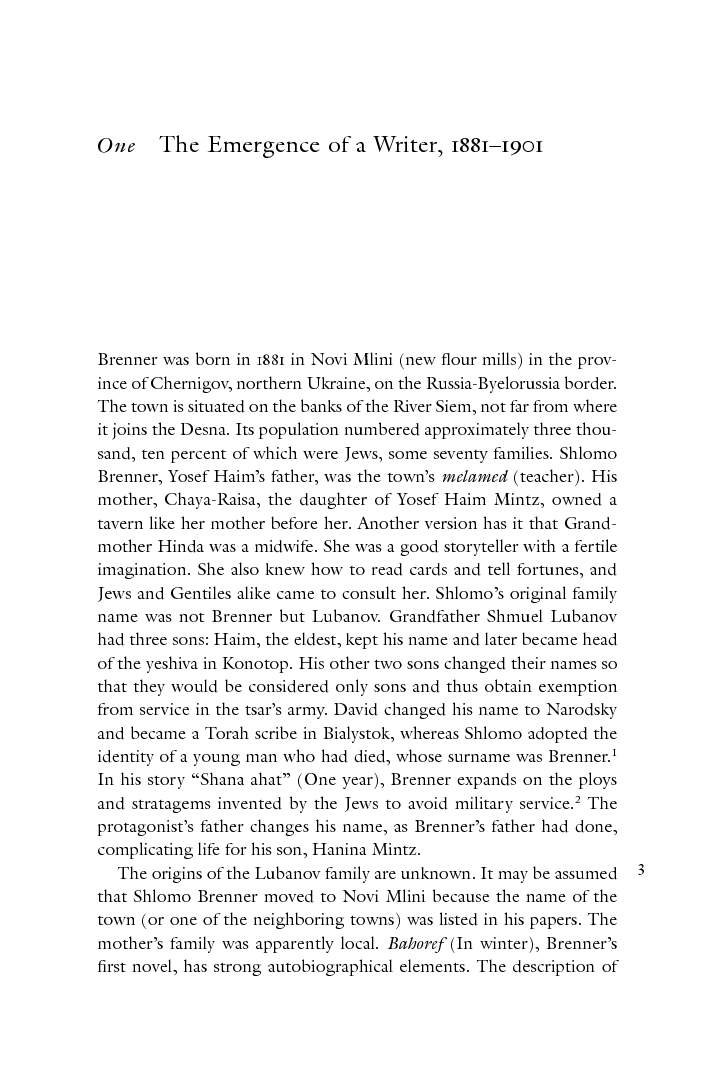 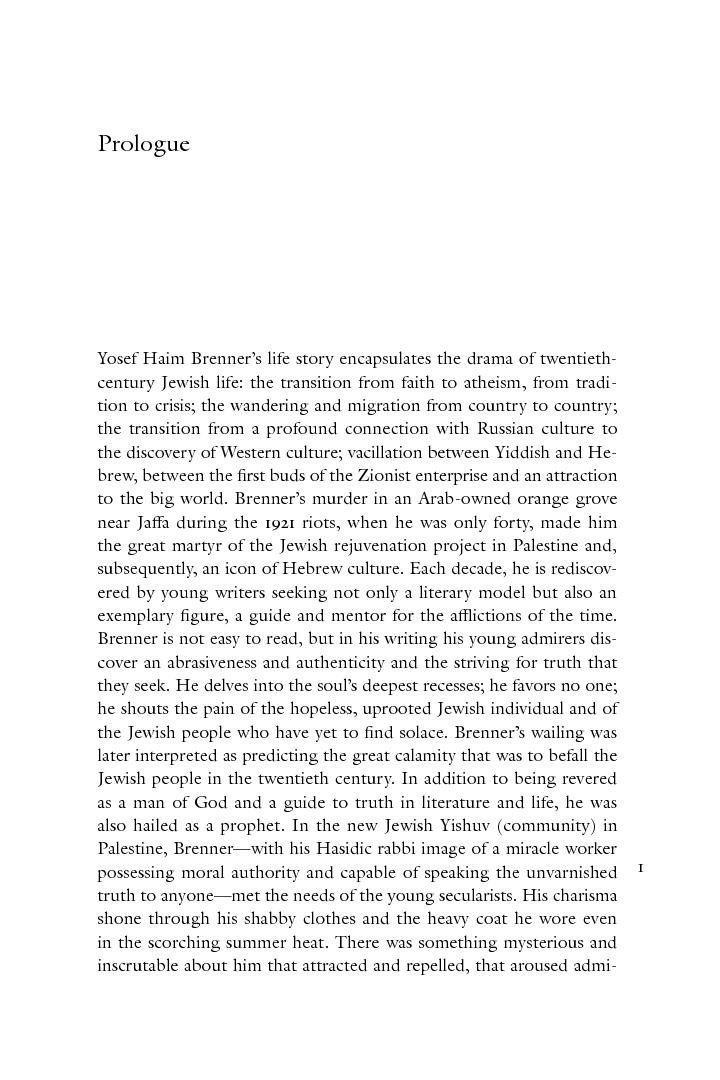