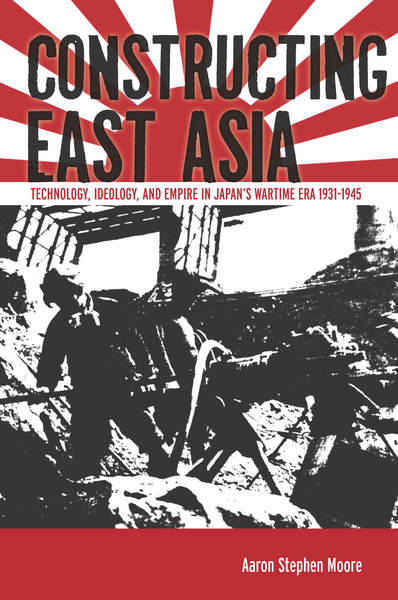 The conventional understanding of Japanese wartime ideology has for years been summed up by just a few words: anti-modern, spiritualist, and irrational. Yet such a cut-and-dried picture is not at all reflective of the principles that guided national policy from 1931–1945. Challenging the status quo, Constructing East Asia examines how Japanese intellectuals, bureaucrats, and engineers used technology as a system of power and mobilization—what historian Aaron Moore terms a "technological imaginary"—to rally people in Japan and its expanding empire. By analyzing how these different actors defined technology in public discourse, national policies, and large-scale infrastructure projects, Moore reveals wartime elites as far more calculated in thought and action than previous scholarship allows. Moreover, Moore positions the wartime origins of technology deployment as an essential part of the country's national policy and identity, upending another predominant narrative—namely, that technology did not play a modernizing role in Japan until the "economic miracle" of the postwar years.

"Aaron Stephen Moore's Constructing East Asia is one of several recent important studies that offer a corrective by revealing just how fundamental technology was to the shaping of interwar and wartime Japan . . . [I]t is among the few truly innovative studies on the Japanese empire to come out in recent years. It is, for one, an excellent example of how one might integrate intellectual history with histories of empire, technology and political economy. Constructing East Asia should be of much interest not only to historians of modern Japan and East Asia, but also to those interested in the politics of technology and the intellectual foundations of sociotechnical regimes."

"Aaron Moore's discerning and persuasive book should be required reading for anyone seeking to understand Japan's failed attempt to develop an East Asian empire. It offers a breathtaking exposé of the arrogant fantasies of the 'rational' technocrats, engineers, and reform bureaucrats who led Japan into the abyss."

"Constructing East Asia challenges us to see Japanese technocrats, their professional aims, their continental objectives, and the realities of their undertakings in Northeast Asia in new, sometimes rational, ways . . . Constructing East Asia is a solid and at times engaging study of the tantalizing allure of technocratic modernity as a force of rationalization and development both in Japan and in Northeast Asia. It reminds us that Japan's colonies were not blank slates awaiting uncomplicated exploitation and development. Academics and graduate students interested in science, technology, engineering, and empire will find much about this book rewarding."

"Moore is to be thanked for opening up a fascinating line of inquiry in the burgeoning historiography of postwar Japan."

"Constructing East Asia deserves praise for bridging the disciplinary gap across the technological and intellectual divide. Moore inspires his readers to take a more comprehensive view of colonial modernity that pays close attention to the history of specific artifacts, even as it takes into account the dynamic interplay of power, technology, and ideas."

"Aaron Stephen Moore's Constructing East Asia provides important new insights into wartime Japan by examining the various manifestations of the concept of 'technology' and its meanings in different contexts . . . One innovative aspect of Moore's work is its analysis of not only aspects of the discourse about technology among intellectuals and civil servants but also the concrete applications of theoretical concepts about technology by engineers."

"Paying careful attention to the ways that technological and colonial development co-produced and challenged each other, Moore's story respects the archives of both text and practice . . . It is a fascinating case study that informs a larger global historiography of the modern technosciences, while also using the social study of technology to extend the historiography of Japanese empire."

"An expertly written and cogently argued study, singular in its skillful combining of intellectual, cultural, and politico-economic history. Moore breaks new ground in particular by showing how Japanese engineers in the 1930s and early forties strove to make 'concrete' expanded notions of technology through infrastructure projects on the continent." 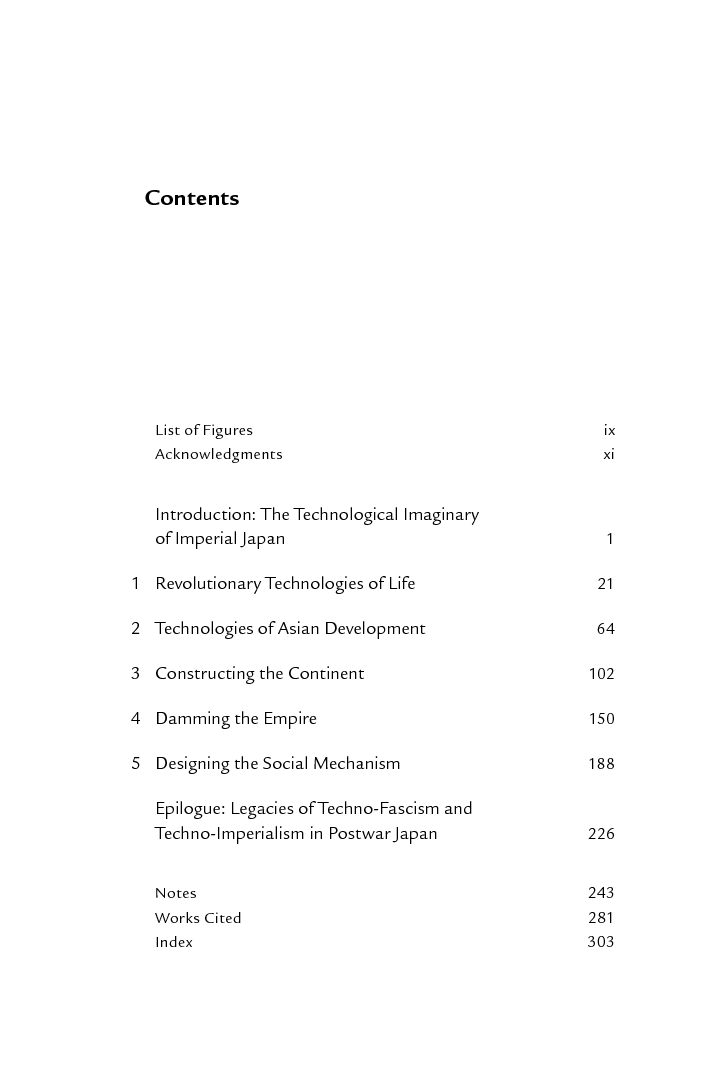 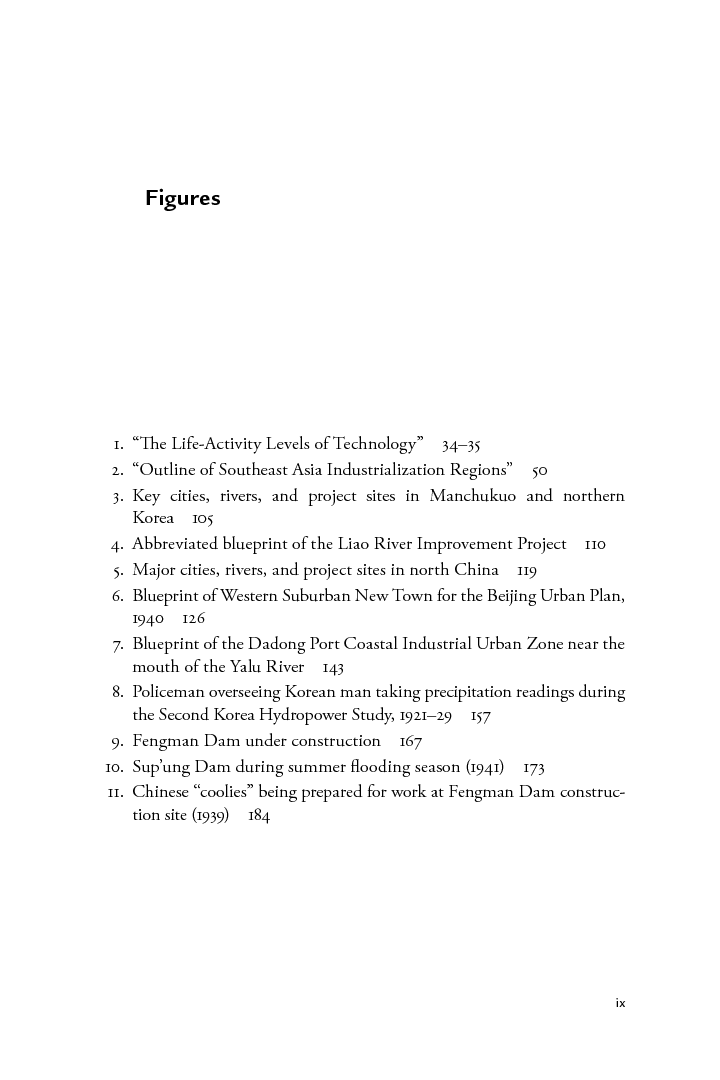 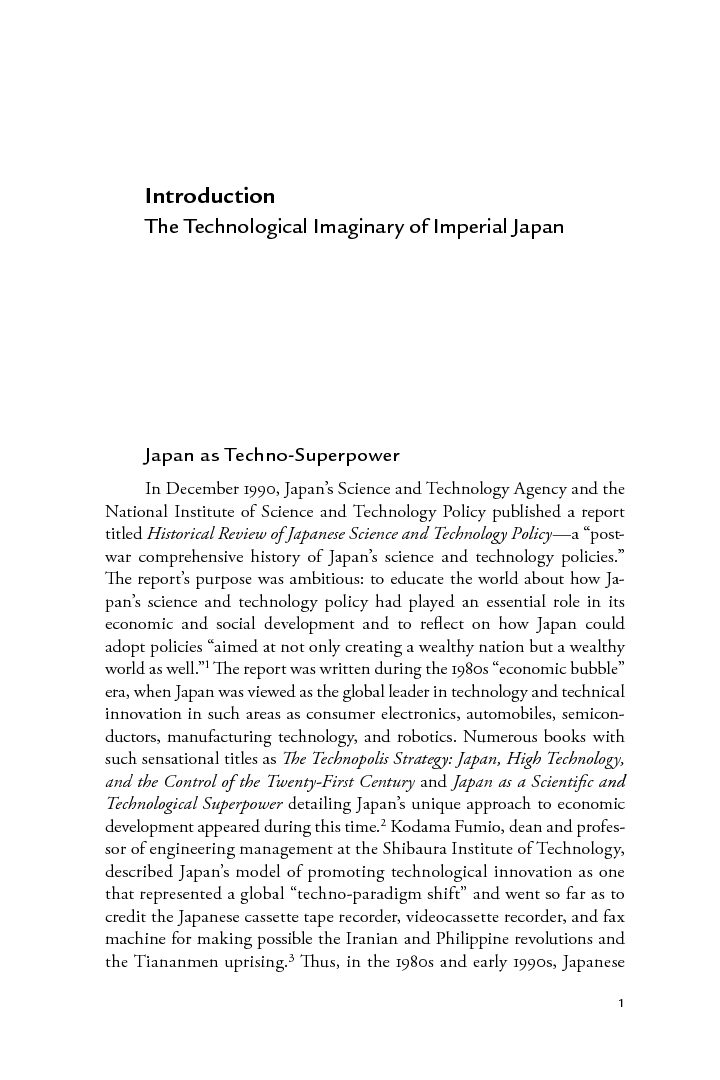