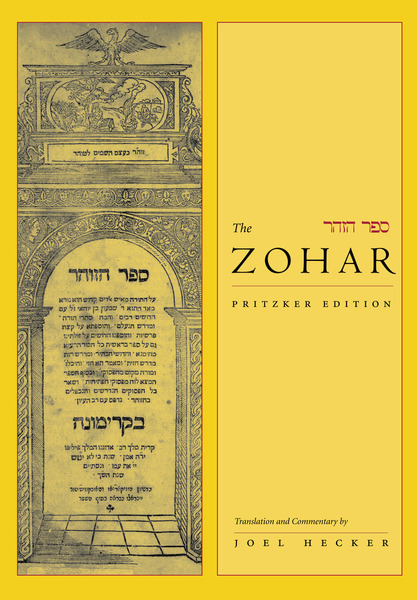 Winner of the 2017 Canadian Jewish Literary Awards in the Scholarship category.

Sefer ha-Zohar (The Book of Radiance) has captivated readers ever since it emerged in Spain over seven hundred years ago. Written in a lyrical Aramaic, the Zohar, a masterpiece of Kabbalah, features mystical interpretation of the Torah, rabbinic tradition, and Jewish practice.

The Zohar on Song of Songs consists of dueling homilies between Rabbi Shim'on bar Yohai and the prophet Elijah, contrasting spiritual ascent with the presence of the demonic. The climax projects the eros of the Song of Songs onto the celestial letters that constitute the core of existence. Matnitin and Tosefta are dense, compact passages in which heavenly heralds chide humanity for its spiritual slumber, rousing people to learn the mysteries of holiness. Packed with neologisms and hortatory in tone, these passages are spurs to pietistic devotion and mystical insight.

Joel Hecker is a leading academic scholar of The Zohar and Jewish mysticism. He is Associate Professor of Jewish Mysticism at the Reconstructionist Rabbinical College. He has also taught at the University of Pennsylvania, Jewish Theological Seminary, and Yeshiva University. He is the author of Mystical Bodies, Mystical Meals: Eating and Embodiment in Medieval Kabbalah (2005), and does research on ritual and mystical experience in The Zohar and its contemporary literature.

"As with previous volumes in this series, the translation is lucid and accurate....The comprehensive commentary masterfully guides the reader through the thickets, and illumines the underlying sources and ideas. Joel Hecker's translation and commentary continues the highest standards of scholarship that are a hallmark of this series. It is an indispensable resource for the study of the Zohar which achieves the golden mean of accessiblity to the non-specialist, but also as an invaluable resource for the specialist."

New translation of Jewish mystical text for a new audience

The Inquirer
Joel Hecker Finally Bringing His ‘Baby’ Into the World