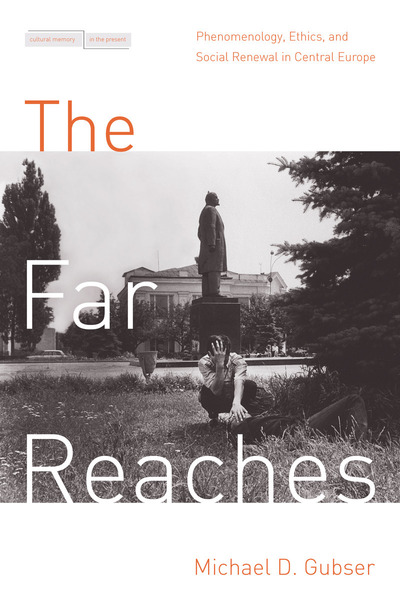 When future historians chronicle the twentieth century, they will see phenomenology as one of the preeminent social and ethical philosophies of its age. The phenomenological movement not only produced systematic reflection on common moral concerns such as distinguishing right from wrong and explaining the status of values; it also called on philosophy to renew European societies facing crisis, an aim that inspired thinkers in interwar Europe as well as later communist bloc dissidents.

Despite this legacy, phenomenology continues to be largely discounted as esoteric and solipsistic, the last gasp of a Cartesian dream to base knowledge on the isolated rational mind. Intellectual histories tend to cite Husserl's epistemological influence on philosophies like existentialism and deconstruction without considering his social or ethical imprint. And while a few recent scholars have begun to note phenomenology's wider ethical resonance, especially in French social thought, its image as stubbornly academic continues to hold sway. The Far Reaches challenges that image by tracing the first history of phenomenological ethics and social thought in Central Europe, from its founders Franz Brentano and Edmund Husserl through its reception in East Central Europe by dissident thinkers such as Jan Patočka, Karol Wojtyła (Pope John Paul II), and Václav Havel.

"Michael Gubser's The Far Reaches: Phenomenology, Ethics and Social Renewal in Central Europe is a comprehensive history of Central European phenomenology that recovers Eastern European thinkers in order to reorganise and rethink our dominant understandings of this influential philosophical movement . . . The book's central contribution [. . . ] is its identification of a shared set of phenomenological concerns that run throughout post-war Eastern European thought, bringing together movements traditionally viewed as in tension with one another, whether Marxist or anti-communist, secular or neo-Thomist."

"In this important contribution to the intellectual history of phenomenology, Gubser traces the way that central European phenomenologists employed phenomenology to create an ethics that could respond to the perceived alienation brought on by the forces of the modern world . . . Gubser does an excellent job placing the work of these phenomenologists in their social and political context and should push scholars working on better known French and later German thinkers to grapple with a different, but no less important, tradition of phenomenological thinking."

"Gubser's book is a success and it accomplishes its stated aims admirably. Despite the daunting range and complexity of the subject, Gubser weaves a masterful narrative throughout and achieves a consistent balance between readability and thoroughness. The Far Reaches does a service both to our understanding of the development and influence of phenomenology in Central Europe and to our understanding of the social significance and influence of phenomenology in general. Like any good work of intellectual history, Gubser's book revitalizes (if not opens up) a field of research and provides an important foundation for more work to be done in a fascinating direction of study."

—Daniel Leufer, Journal of the British Society for Phenomenology

"In his fascinating and elegantly written book, Michael Gubser leads us away from intellectual history's traditional stomping grounds in France, Germany, and the United States, and focuses on the understudied Eastern bloc. He shows how Polish and Czechoslovakian dissidence from the 1960s, 1970s, and 1980s is embedded in the intellectual history of phenomenology, which stretches back to the turn of the century."

"Michael Gubser, an American intellectual historian, challenges radically in his new book the 'space cadets' narrative of the history of Phenomenology. He decenters the metaphysical aspects of the study of consciousness and concentrates on Central European Phenomenological ethics and social and political philosophy . . . Gubser follows the various roads taken from the study of pure consciousness to the development of ethics and philosophically grounded politically grounded politics, if not political philosophy."

"In his fascinating and elegantly written book, Michael Gubser leads us away from intellectual history's traditional stomping grounds in France, Germany, and the United states, and focuses on the understudied Eastern bloc . . . Gubser argues that phenomenology was a 'worldly' philosophy, combining a tendency towards realism and a concern for ethics."

"Phenomenology professed no uncontested doctrine or politics. Wherever it traveled, it spawned disciplines and rebels, academics and scholastics, cloistered partisans of pure logic and worldly politicians, some of whom roused crowds to resistance against totalitarianism. Hence the great importance of The Far Reaches: Phenomenology, Ethics, and Social Renewal in Central Europe, the exciting and beautifully written study by Michael Gubser, who traces the career of what he calls 'worldly phenomenology' across Central Europe, casting a vivid light on players in this drama whose roles have remained too long obscure. The achievement is quite simply superb."

"Michael Gubser's scintillating accomplishment both recaptures the geographical breadth of the phenomenological tradition over the twentieth century and brings out how many of its members emphasized its ethical contributions. Reviving the lost vocation for social renewal among the Central European founders of phenomenology, The Far Reaches then turns to how East European dissidents drew heavily on their legacy. By restoring morality to phenomenology, and phenomenology to East European politics, Gubser has rewritten the intellectual history of the twentieth century."

"Husserl was a terrible writer. Michael Gubser is not. He guides us very capably through some of the most complex thinkers and difficult texts. Phenomenology, he shows us, is not just the name for an esoteric philosophical movement detached from life. On the contrary, phenomenology focused precisely on the connection between the human subject and the world. From its origins in late-imperial, German-speaking Central Europe to its later forms in communist Czechoslovakia and Poland, phenomenology was always about ethics—and social renewal in a time of crisis."

"Michael Gubser's profoundly interesting, important, and rich work on phenomenology, its Catholic and Central European traditions, and its ethical and social legacy, offers a stunning confrontation between the twentieth century and one of its most famous philosophical systems. Like few other works before it, it simply reboots the field." 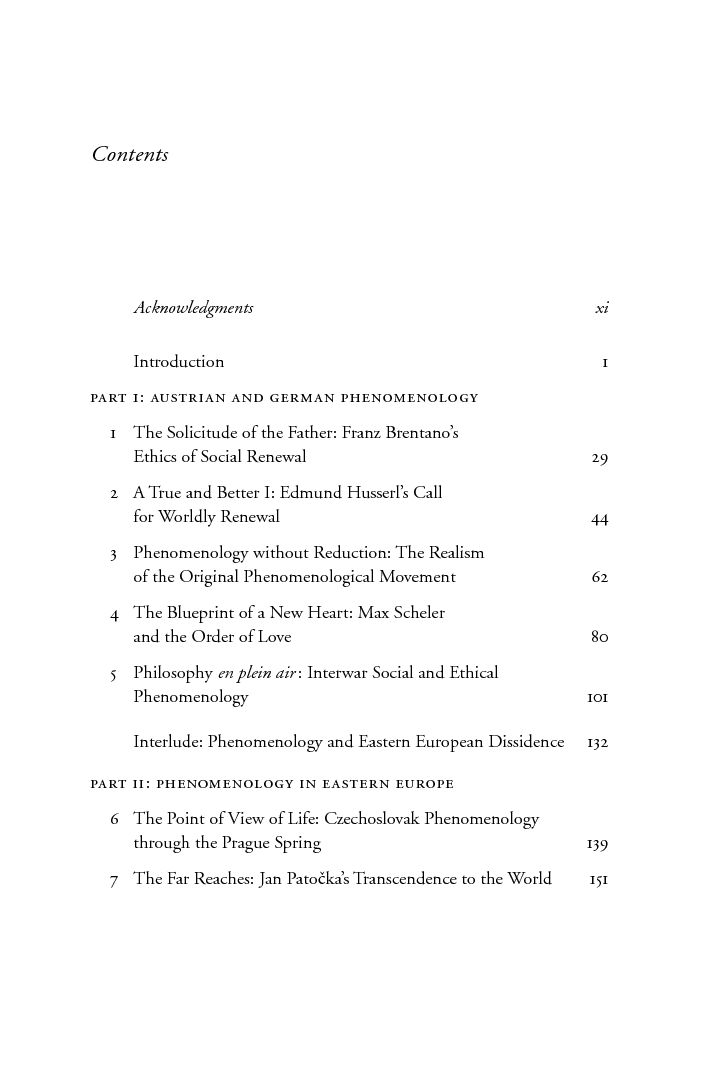 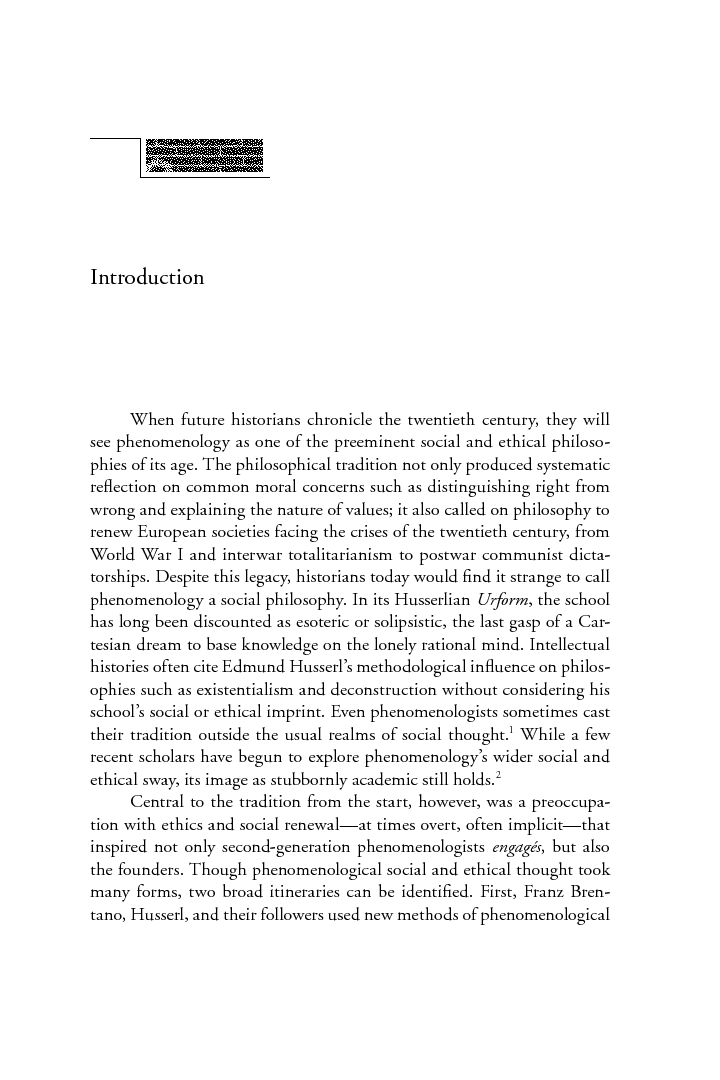