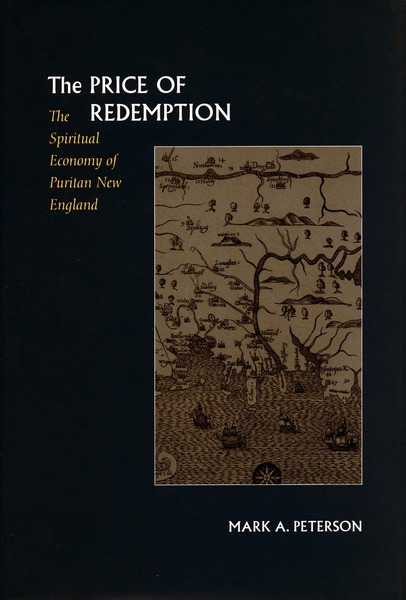 The Price of Redemption
The Spiritual Economy of Puritan New England
Mark A. Peterson

Beginning with the first colonists and continuing down to the present, the dominant narrative of New England Puritanism has maintained that piety and prosperity were enemies, that the rise of commerce delivered a mortal blow to the fervor of the founders, and that later generations of Puritans fell away from their religious heritage as they moved out across the New England landscape. This book offers a new alternative to the prevailing narrative, which has been frequently criticized but heretofore never adequately replaced.

The author’s argument follows two main strands. First, he shows that commercial development, rather than being detrimental to religion, was necessary to sustain Puritan religious culture. It was costly to establish and maintain a vital Puritan church, for the needs were many, including educated ministers who commanded substantial salaries; public education so that the laity could be immersed in the Bible and devotional literature (substantial expenses in themselves); the building of meeting houses; and the furnishing of communion tables—all and more were required for the maintenance of Puritan piety.

Second, the author analyzes how the Puritans gradually developed the evangelical impulse to broadcast the seeds of grace as widely as possible. The spread of Puritan churches throughout most of New England was fostered by the steady devotion of material resources to the maintenance of an intense and demanding religion, a devotion made possible by the belief that money sown to the spirit would reap divine rewards.

In 1651, about 20,000 English colonists were settled in some 30 New England towns, each with a newly formed Puritan church. A century later, the population had grown to 350,000, and there were 500 meetinghouses for Puritan churches. This book tells the story of this remarkable century of growth and adaptation through intertwined histories of two Massachusetts churches, one in Boston and one in Westfield, a village on the remote western frontier, from their foundings in the 1660’s to the religious revivals of the 1740’s. In conclusion, the author argues that the Great Awakening was a product of the continuous cultivation of traditional religion, a cultural achievement built on New England’s economic development, rather than an indictment and rejection of its Puritan heritage.

Mark A. Peterson is a Lecturer on History at Harvard University.

"Peterson has produced an uncommonly well-written and appealing scholarly work that makes a significant contribution to our understanding of the post-Restoration experience of the New England Puritans."

"Peterson's intriguing study . . . appears to be a new 'commercial' paradigm of Puritan development in New England that has far-reaching implications."