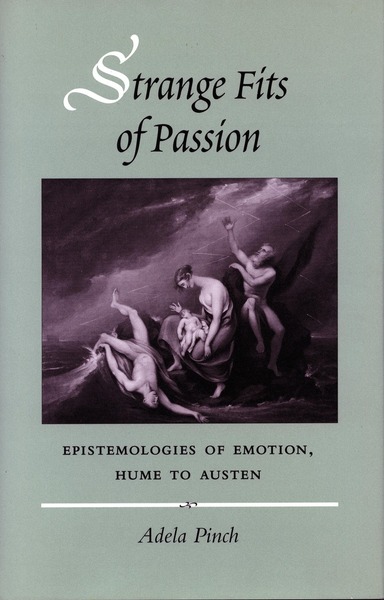 This book contends that when late eighteenth- and early nineteenth-century writers sought to explain the origins of emotions, they often discovered that their feelings may not really have been their own. It explores the paradoxes of representing feelings in philosophy, aesthetic theory, gender ideology, literature, and popular sentimentality, and it argues that this period’s obsession with sentimental, wayward emotion was inseparable from the dilemmas resulting from attempts to locate the origins of feelings in experience.

The book shows how these epistemological dilemmas became gendered by studying a series of extravagantly affective scenes: Hume’s extraordinary confession of his own melancholy in the Treatise of Human Nature; Charlotte Smith’s insistence that she really feels the gloomy feelings portrayed in her Elegiac Sonnets; Wordsworth’s witnessing of a woman poet reading and weeping; tearful exchanges between fathers and daughters in the gothic novel; the climactic debate over the strengths of men’s and women’s feelings in Jane Austen’s Persuasion; and the poetic and public mourning of a dead princess in 1817.

Adela Pinch is Associate Professor of English at the University of Michigan.

"It stirred feelings of admiration, gratitude, and wonder in this reviewer. It is well conceived, well researched, well argued, and well written, with good readings and plausible interpretations of a fresh assortment of texts."

"Pinch's excellent book ... is an admirably clear and incisive study."