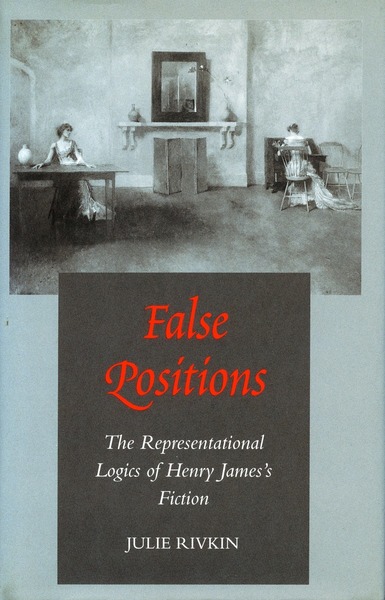 Representation is the subject of this book, representation taken in a series of senses, from the formal and linguistic to the social and political. Representation poses a theoretical problem that can be located in the inconsistency between two vocabularies for compositional method: one positing a “centre of consciousness” (James’s term), the other being a story of displaced agency and intermediaries, of deputies, delegates, and substitutes. What the center promises—that consciousness can be fully incarnated in a given character who will then constitute a foundation for meaning and truth in the novel—is exactly what the “delegate” acknowledges as an impossibility.

Drawing largely on the theory of representation of Jacques Derrida, this book examines the interplay between the two contradictory positions in detailed readings of James’s stories of writers and artists and his novels The Ambassadors, The Wings of the Dove, What Maisie Knew, and The Awkward Age. Throughout, the readings are organized by the supplementary logic of representation—a logic that understands that a thing standing for another thing both completes it and suggests a lack or limitation in that which it completes, and hence ultimately in itself.

Julie Rivkin is Associate Professor of English at Connecticut College.