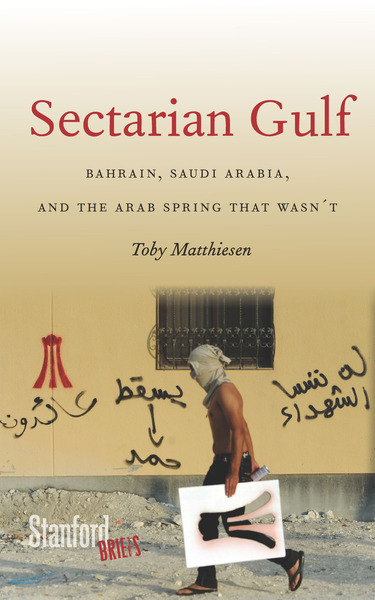 As popular uprisings spread across the Middle East, popular wisdom often held that the Gulf States would remain beyond the fray. In Sectarian Gulf, Toby Matthiesen paints a very different picture, offering the first assessment of the Arab Spring across the region. With first-hand accounts of events in Bahrain, Saudi Arabia, and Kuwait, Matthiesen tells the story of the early protests, and illuminates how the regimes quickly suppressed these movements.

Pitting citizen against citizen, the regimes have warned of an increasing threat from the Shia population. Relations between the Gulf regimes and their Shia citizens have soured to levels as bad as 1979, following the Iranian revolution. Since the crackdown on protesters in Bahrain in mid-March 2011, the "Shia threat" has again become the catchall answer to demands for democratic reform and accountability. While this strategy has ensured regime survival in the short term, Matthiesen warns of the dire consequences this will have—for the social fabric of the Gulf States, for the rise of transnational Islamist networks, and for the future of the Middle East.

Toby Matthiesen is a Research Fellow in Islamic and Middle Eastern Studies at Pembroke College, University of Cambridge. He has published in The New York Review of Books, The Guardian, Foreign Policy, Middle East Journal, and Middle East Report, and has done extensive fieldwork in the Middle East during the Arab Spring. He previously worked as a Gulf Consultant for the International Crisis Group.

"In this account of the controversial tactics employed by Gulf-region governments to supress domestic uprisings during the Arab Spring, Matthiesen argues that, while these methods staved off revolution in the short term, failure to address calls for democratic reform will ultimately intensify a range of problems, endangering the future stability of the Middle East."

"...Sectarian Gulf is unquestionably an important book because it contributes to our understanding of the Middle East in a new way . . . [Matthiesen] has written an excellent and personal account of the challenges facing the Persian Gulf."

"Toby Matthiesen's Sectarian Gulf: Bahrain, Saudi Arabia, and the Arab Spring that Wasn't is an extremely timely analysis: an attempt to 'tell the story of how the Arab Spring affect these Gulf countries' and to delineate the use of sectarianism as a governance strategy since 2011 . . . [I]t is ideal as an introductory reader that contributes to academic understandings of sectarianism and Gulf politics while remaining comprehensible to general readers . . . [T]his book offers a convincing and balanced analysis that is well worth reading."

"Sectarian Gulf [presents] informative and lucid accounts of the forces, characters, and events shaping the recent development of the sectarian politics of the Gulf region [and also contains] direct eyewitness accounts and a . . . vivid portrayal of the characters and events."

"Toby Matthiesen's Sectarian Gulf: Bahrain, Saudi Arabia, and the Arab Spring That Wasn't is an important book. It serves as both an eyewitness account to the initial phase of the Arab Spring, as demands for reform cascaded across parts of the Gulf states, and an analysis of how and why the regional counterrevolution succeeded in isolating and fracturing the burgeoning protest movements . . . The points put forward by Matthiesen to depict the rise of sectarian politics in the Gulf as a policy response to the Arab Spring are compelling. So, too, are the personal observations from the author's travels to Bahrain and Kuwait in 2011 and after, and to Saudi Arabia prior to the start of the upheaval . . . Matthiesen's work breaks new ground in analyzing both the root causes and the trajectory of sectarian tension in the Middle East . . . Sectarian Gulf therefore sets the scene for a much longer and more complex set of struggles that will define the politics of the Gulf for years and even decades to come."

"The description and analysis of events in Bahrain and Saudi Arabia are excellent, especially the information of Shi'ite political movements in each country . . . Recommended."

"Providing an unbiased analysis of how the Arab Spring transformed politics-as-usual in the Gulf, Toby Matthiesen has given us an invaluable contribution to the discussion of the grassroots revolutionary movements that have swept the region. His insight on the rise of politically-driven sectarianism is critical to our understanding of the chief drivers of conflict in the Middle East today."

"Sectarian Gulf is an excellent and timely account of the challenges facing the Persian Gulf today. A must read for anyone interested in understanding the region and the forces that are pulling it apart."

"Toby Matthiesen has combined first-rate academic research with intensive on-the-ground investigations to produce an excellent account of the Arab Spring in the Gulf monarchies. He artfully weaves first-person reporting with scholarly analysis in a very readable and topical book."

"Matthiesen offers a personal, gripping, and rigorous account of how political entrepreneurs and governments have worked to produce sectarianism across the Gulf, with dangerous implications for the future stability of the region. This short book will help readers to put into context a wide range of developments across the region, and to understand the true significance of the resurgence of an alarming new form of sectarian politics."

"The same abuses of power that provoked uprisings across the Arab world have driven protests in Bahrain and Saudi Arabia in recent years. Toby Matthiesen offers an admirably clear and dispassionate account of how, as in Syria, these regimes have used a sectarian framing to strengthen their own efforts at counter-revolution."

"In Sectarian Gulf Toby Matthiesen provides an excellent introduction to the current situation there He saw dramatic change close up, and bears witness to the damage done." 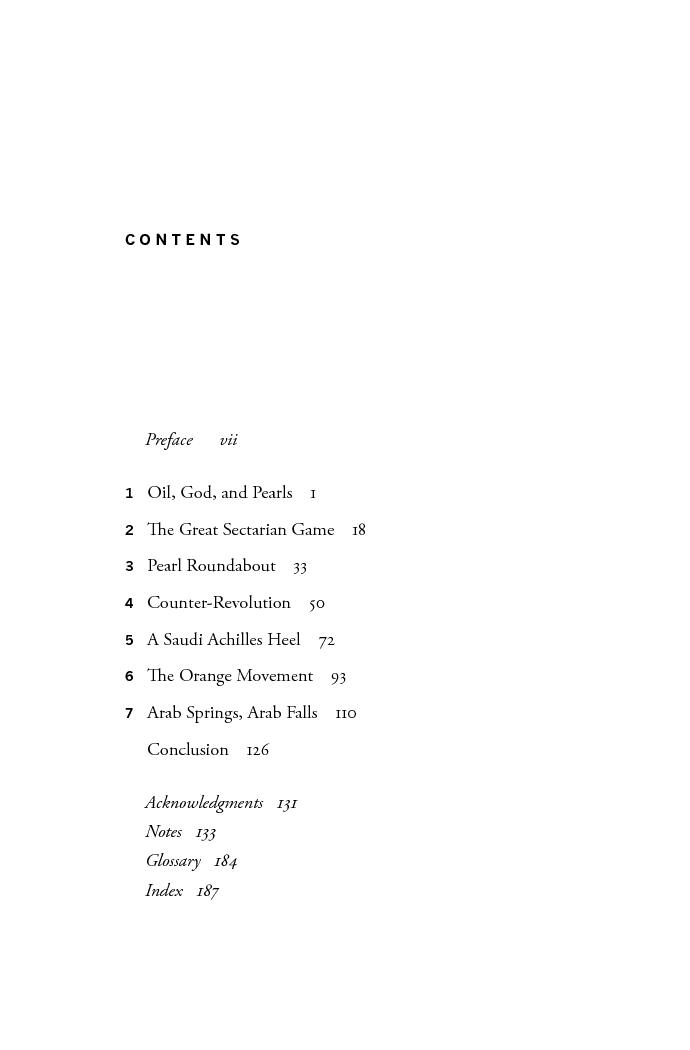 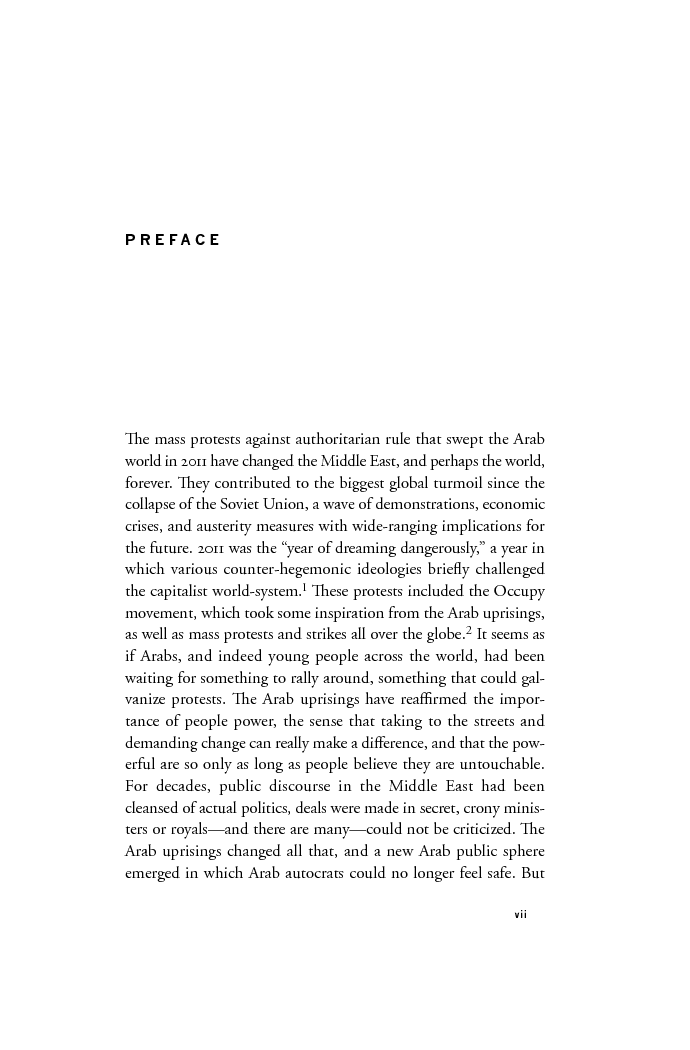