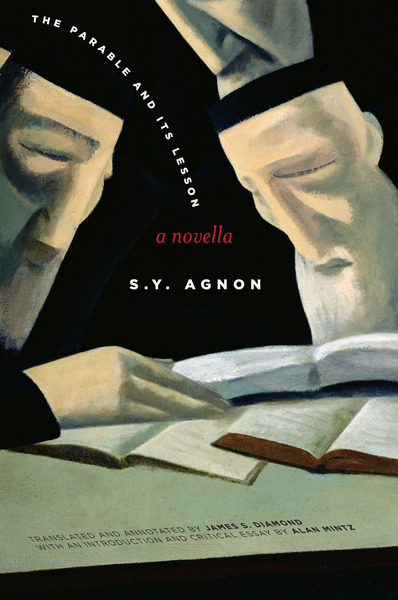 The Parable and Its Lesson
A Novella
S. Y. Agnon, Translated and Annotated by James S. Diamond, with an Introduction and Critical Essay by Alan Mintz
SERIES: Stanford Studies in Jewish History and Culture

S.Y. Agnon was the greatest Hebrew writer of the twentieth century, and the only Hebrew writer to receive the Nobel Prize for literature. He devoted the last years of his life to writing a massive cycle of stories about Buczacz, the Galician town (now in Ukraine) in which he grew up. Yet when these stories were collected and published three years after Agnon's death, few took notice. Years passed before the brilliance and audacity of Agnon's late project could be appreciated.

The Parable and Its Lesson is one of the major stories from this work. Set shortly after the massacres of hundreds of Jewish communities in the Ukraine in 1648, it tells the tale of a journey into the Netherworld taken by a rabbi and his young assistant. What the rabbi finds in his infernal journey is a series of troubling theological contradictions that bear on divine justice. Agnon's story gives us a fascinating window onto a community in the throes of mourning its losses and reconstituting its spiritual, communal, and economic life in the aftermath of catastrophe. There is no question that Agnon wrote of the 1648 massacres out of an awareness of the singular catastrophic massacre of his own time—the Holocaust.

James S. Diamond has provides an extensive set of notes to make it possible for today's reader to grasp the rich cultural world of the text. The introduction and interpretive essay by Alan Mintz illuminate Agnon's grand project for recreating the life of Polish Jewry, and steer the reader through the knots and twists of the plot.

S. Y. Agnon was born in 1888 in Buczacz, Galicia. He emigrated to Palestine in 1908 and lived there for five years before beginning an extended stay in Germany. He returned to Palestine in 1924 and settled permanently in Jerusalem. He received the Nobel Prize in literature in 1966.

James S. Diamond is a rabbi, academic, and translator. He taught literature at Princeton University for over a decade, and has written extensively on Agnon and modern Hebrew literature.

Alan Mintz is the Chana Kekst Professor of Hebrew Literature at the Jewish Theological Seminary in New York. He is author, most recently, of Sanctuary in the Wilderness: A Critical Introduction to American Hebrew Poetry (Stanford, 2011). He was a recipient of a Guggenheim Fellowship in 2012.

"James Diamond's fluid translation and helpful comments enable English speakers to enjoy and experience Agnon at his best. Alan Mints with his introduction and illuminating Essay on The Parable and Its Lesson explains many hidden details and a connection to the Holocaust. The Parable and Its Lesson is a most welcome addition to all literature lovers. It should be part of all academic libraries, as well as public libraries, and high school collections."

"Agnon is perhaps the greatest brooding presence in Israel's angst-filled literary stable, and richly deserves first-rate translation. The pairing of Mintz and Diamond is splendid, and they've managed to open up Agnon to a new generation of readers."

"The time has finally come to introduce readers, scholars, and students to the work of 'late Agnon,' which is both unfamiliar and misunderstood. One could not hope for a better introduction than this volume. It will make one of Agnon's unknown masterpieces accessible to readers, and will expand our knowledge and understanding both of Agnon's writing and of literary responses to the Holocaust."

"[A] must-have for those interested in Hebrew literature, Agnon, Holocaust literature, and Jewish cultural history. One wants now to read the other 149 stories. Mintz and Diamond accomplished their purpose." 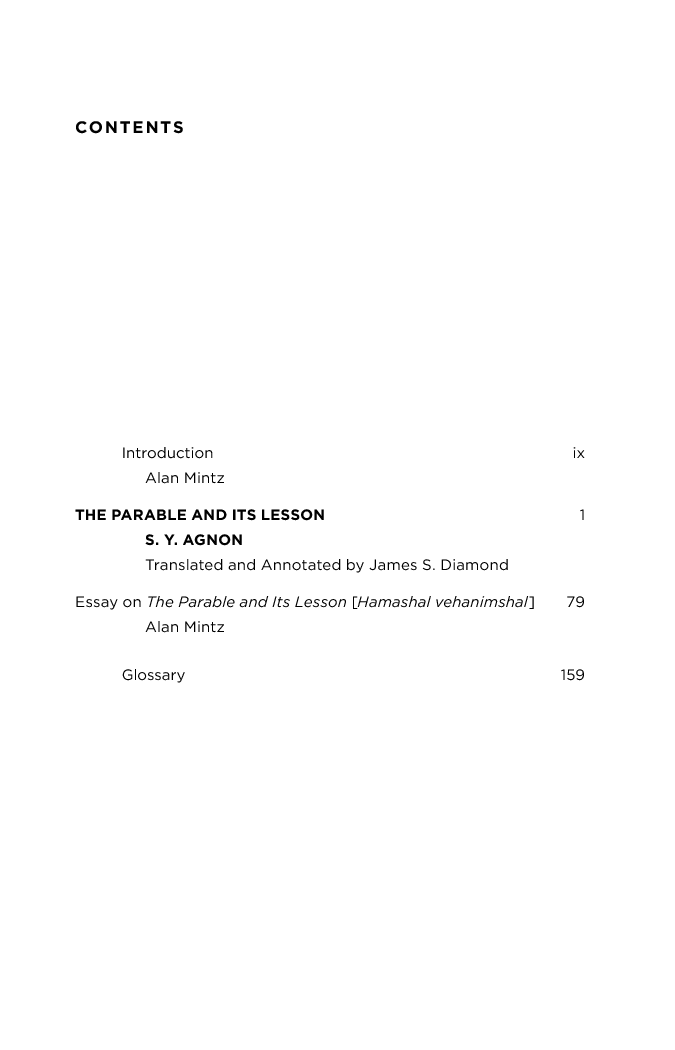 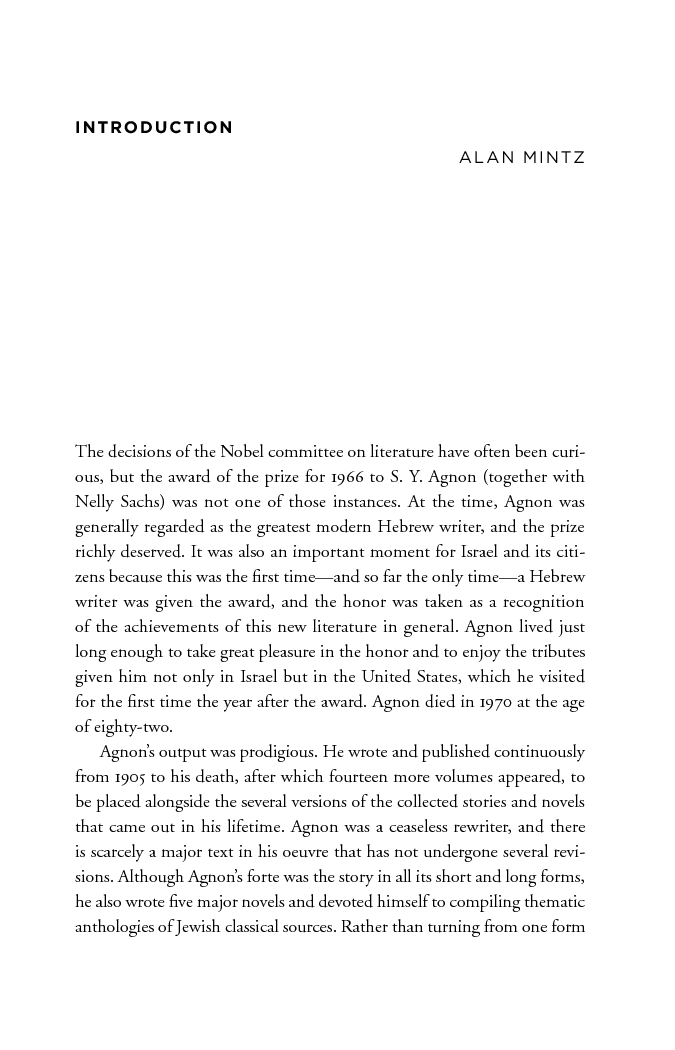