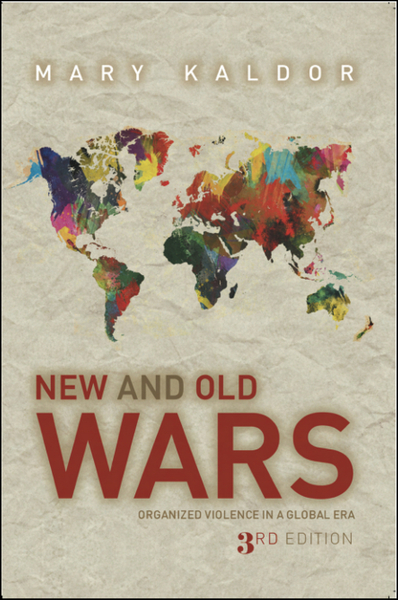 New and Old Wars has fundamentally changed the way both scholars and policy-makers understand contemporary war and conflict. In the context of globalization, this path-breaking book has shown that what we think of as war is becoming an anachronism. In its place is a new type of organized violence or 'new wars'—a mixture of war, organized crime, and massive violations of human rights.

This new edition has been fully revised and updated, and includes an afterword answering the critics of the New Wars argument. A new chapter shows how old war thinking in Afghanistan and Iraq greatly exacerbated what turned out to be, in many ways, archetypal new wars—characterized by identity politics, a criminalized war economy, and civilians as the main victims. The third edition of New and Old Wars will be essential reading for students of international relations, politics, and conflict studies, as well as to all those interested in the changing nature and prospect of warfare.

Mary Kaldor is Professor of Global Governance and Director of the Civil Society and Human Security Research Unit at the London School of Economics and Political Science.

"A timely and important book. Putting the so-called revolution in military affairs firmly to one side, Mary Kaldor has provided us with a window into the future of war."

"If you don't read Mary Kaldor's New and Old Wars, you won't understand the world of violence we live in. And you will miss the only way out: the perspective of a cosmopolitan realpolitik that Kaldor opens up and paints in detail in her highly sophisticated and original analysis. Now revised and updated, it is the classical book on new wars."

"More than any other book, the third edition of Mary Kaldor's brilliantly sustained enquiry into 'new wars' helps us grasp the complex terrain of political violence since the end of the Cold War. The richness and clarity of the overall presentation greatly strengthens Kaldor's stature as one of the most consistently imaginative and conceptually creative thinkers of our time on the central issues of global affairs."