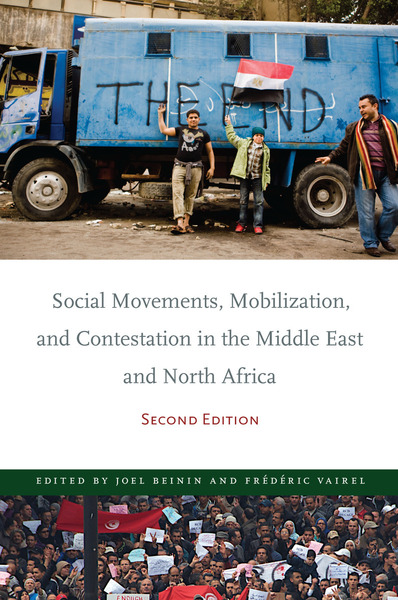 Before the 2011 uprisings, the Middle East and North Africa were frequently seen as a uniquely undemocratic region with little civic activism. The first edition of this volume, published at the start of the Arab Spring, challenged these views by revealing a region rich with social and political mobilizations. This fully revised second edition extends the earlier explorations of Egypt, Morocco, Lebanon, Saudi Arabia, and Turkey, and adds new case studies on the uprisings in Tunisia, Syria, and Yemen.

The case studies are inspired by social movement theory, but they also critique and expand the horizons of the theory's classical concepts of political opportunity structures, collective action frames, mobilization structures, and repertoires of contention based on intensive fieldwork. This strong empirical base allows for a nuanced understanding of contexts, culturally conditioned rationality, the strengths and weaknesses of local networks, and innovation in contentious action to give the reader a substantive understanding of events in the Arab world before and since 2011.

Joel Beinin is Donald J. McLachlan Professor of History at Stanford University, and a past president of the Middle East Studies Association of North America. He is coeditor of The Struggle for Sovereignty: Palestine and Israel, 1993-2005 (Stanford, 2006) and author of The Dispersion of Egyptian Jewry: Culture, Politics, and the Formation of a Modern Diaspora (2005). He is the series editor of Stanford Studies in Middle Eastern and Islamic Societies and Cultures.

Frédéric Vairel is Assistant Professor of Political Studies at the University of Ottawa.

"This book is an invaluable source of empirical data on contention and mobilization in the [Middle East and North Africa] region, both at the center and the peripheries, and goes a long way to explain the 'Arab Spring'. Its greatest strengths lie in the nuanced and actor-focused depiction of mobilization and contention dynamics and in challenging conventional knowledge regarding the prevalence of radicalization, the role of Islamist actors, and the teleological drive of contention . . . [F]or everyone trying to understand the ongoing events in the MENA region with the whole range and complexity of its activism, this book is essential reading."

"The second edition of their volume provides new chapters on the situations in Syria, Yemen, and Tunisia, while adding and revising the sections of Egypt, Morocco, Lebanon, Saudi Arabia, and Turkey. The editors acknowledge the complexities of the dynamic region while providing empirical analysis that seeks to provide a better understanding of the changes at hand."

Praise for the first edition:"An altogether welcome addition to both the social movement literature and the growing body of work on contention in the Middle East and North Africa. In the wake of 9/11, scholars rushed to fill the gaping void in scholarly knowledge of all manner of 'Islamacist' movements, but generally without tapping into the rich body of work on contentious politics that had been produced in recent years. And for their part, movement scholars were missing in action when it came to knowledge of events in this crucial region of the world. This exceptional collection has gone a long way towards remedying this problem and bringing these two important literatures into productive dialog with each other."

Praise for the first edition:"Protest in the Middle East and North Africa is not just a monopoly of Islamists. This volume juxtaposes Islamist activism with movements by workers, intellectuals, feminists, human rights activists, and others that don't get much attention in the West, but which present a fuller picture of political and social upheavals in the region." 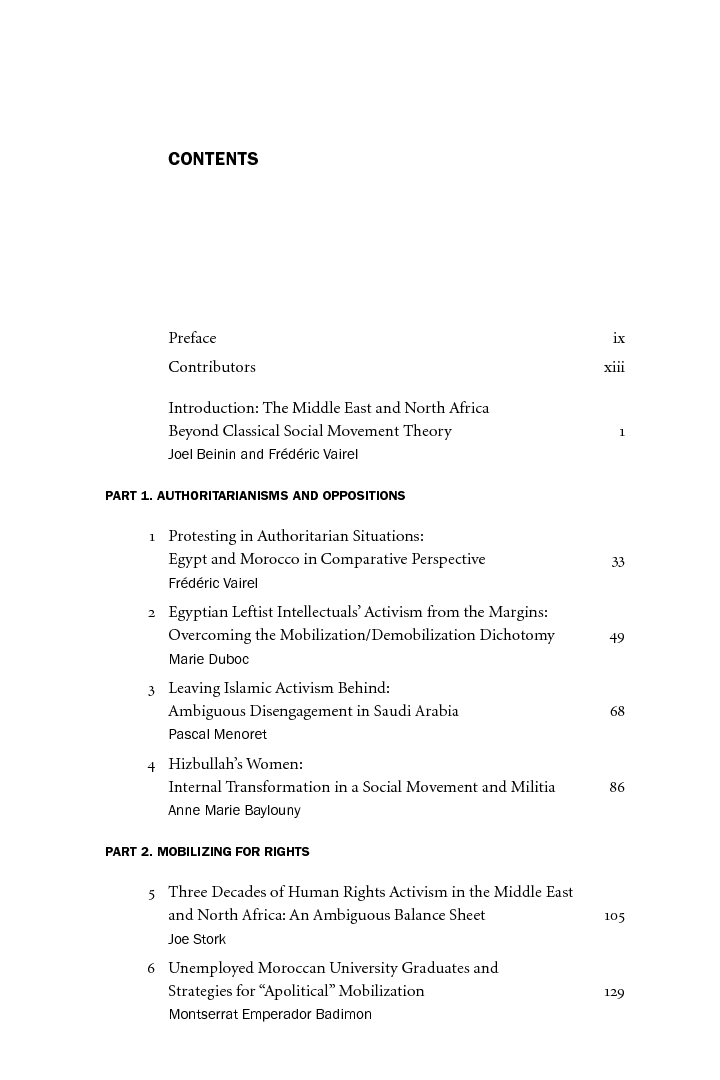 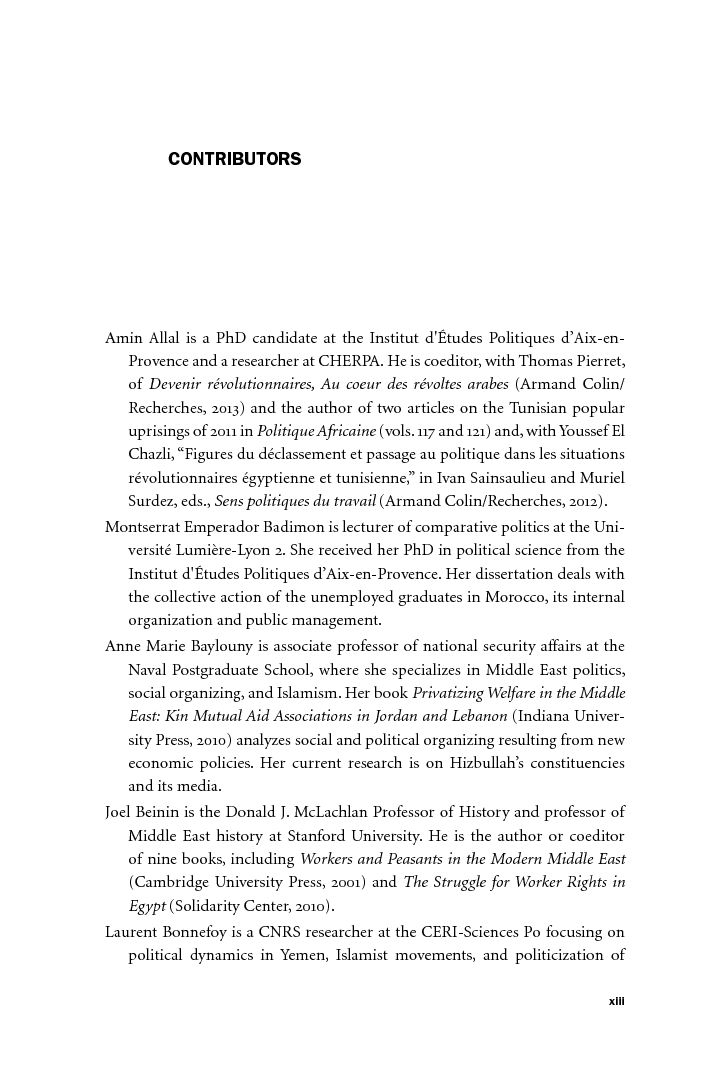 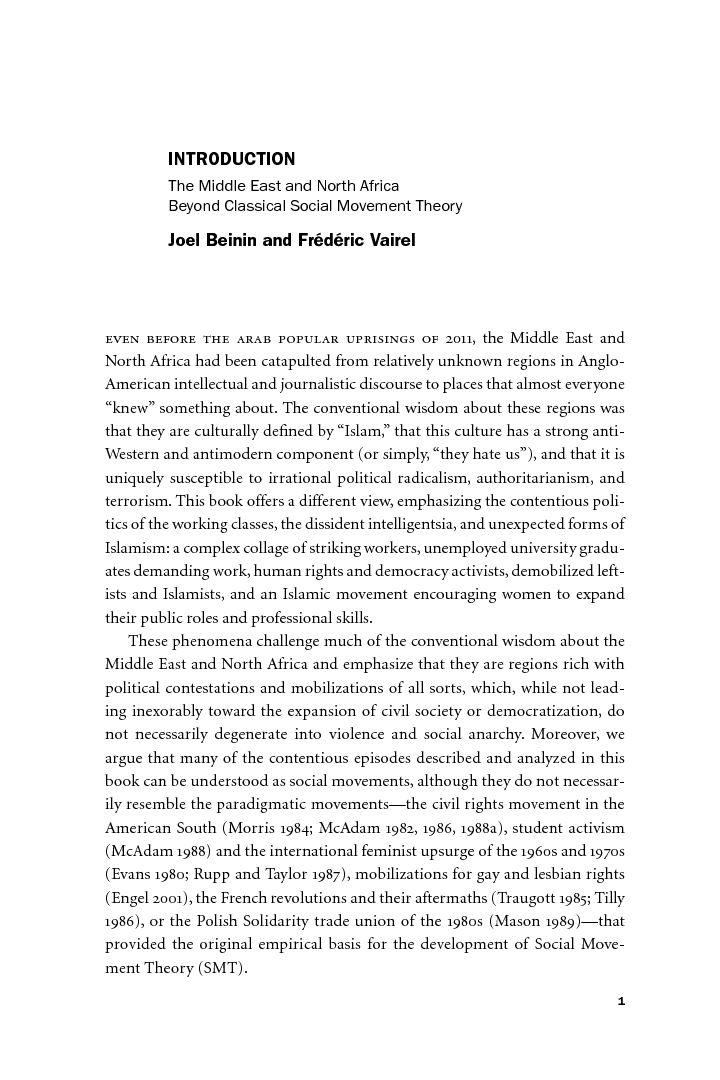 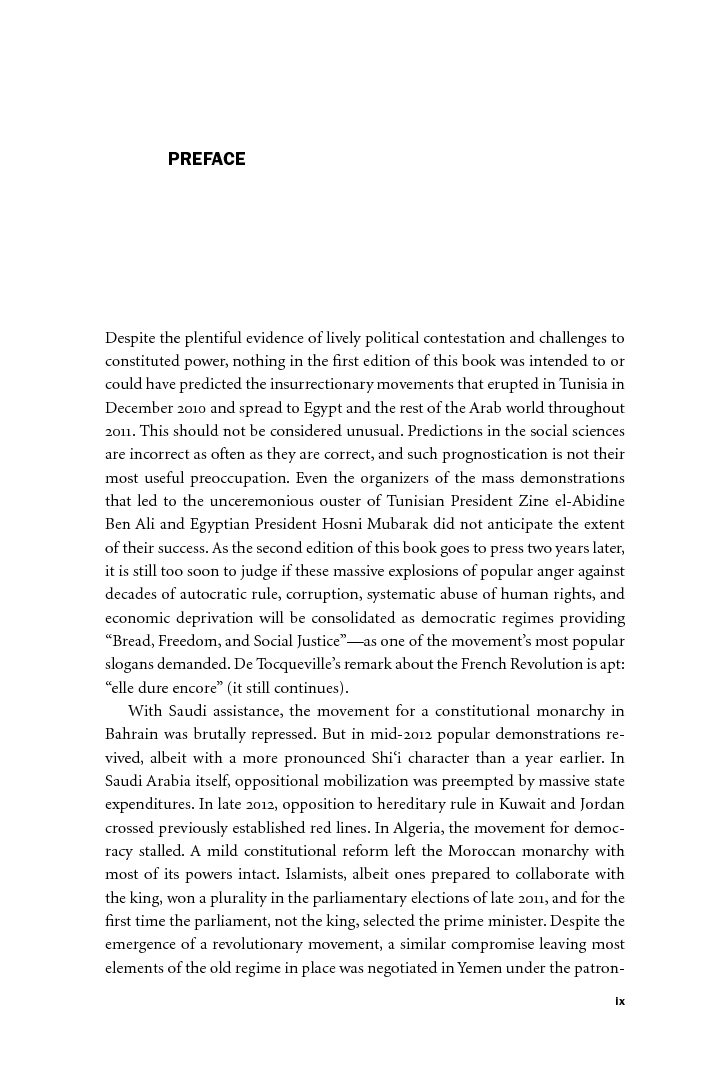