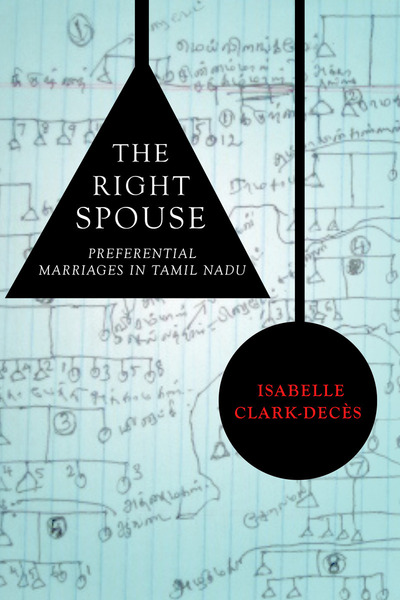 The Right Spouse is an engaging investigation into Tamil (South Indian) preferential close kin marriages, so-called Dravidian Kinship. This book offers a description and an interpretation of preferential marriages with close kin in South India, as they used to be arranged and experienced in the recent past and as they are increasingly discontinued in the present.

Clark-Decès presents readers with a focused anthropology of this waning marriage system: its past, present, and dwindling future. The book takes on the main pillars of Tamil social organization, considers the ways in which Tamil intermarriage establishes kinship and social rank, and argues that past scholars have improperly defined "Dravidian" kinship. Within her critique of past scholarship, Clark-Decès recasts a powerful and vivid image of preferential marriage in Tamil Nadu and how those preferences and marital rules play out in lived reality. What Clark-Decès discovers in her fieldwork are endogamous patterns and familial connections that sometimes result in flawed relationships, contradictory statuses, and confused roles.

The book includes a fascinating narration of the complex terrain that Tamil youth currently navigate as they experience the complexities and changing nature of marriage practices and seek to reconcile their established kinship networks to more individually driven marriages and careers.

Isabelle Clark-Decès is Professor of Anthropology and Director of the Program in South Asian Studies at Princeton University.

"This beautifully written study on the 'emotional cosmology' of Tamil kinship (165) is an important contribution to the anthropology of kinship. It will be of interest to scholars in anthropology, South Asian studies, gender, and to anyone interested in what's going on in the marriage scene in India."

"Clark-Decès's work is a timely intervention as it forces the reader to revisit anthropological theories with a critical mind and appraise social change more intelligibly. This book will especially appeal to students and academics of anthropology, sociology, South Asian studies, and those with a specific interest in modernity and social change."

"With her ethnography of kinship and marriage in periurban Tamil Nadu, India, Clark-Decès provides a next chapter in this history, a timely intervention into what is perhaps today an untimely topic . . . The Right Spouse is a must-read for anyone interested in Dravidian kinship, South India, and kinship studies more generally. It makes many needed interventions in the literature."

"The decline of preferential marriage among close kin is one of the most dramatic changes to have taken place in South India since the late twentieth century. The Right Spouse brilliantly combines ethnographic insight and theoretical analysis to make an invaluable addition to the long debate on the Dravidian kinship system."

"This paradigm-shifting study reveals new dimensions of Dravidian kinship-in-action by documenting the fierce Tamil sense of matrimonial 'rights' and the tragic personal dilemmas that may arise from marriages between cross-cousins, maternal uncles, and nieces. This is an innovative and provocative book in every respect." 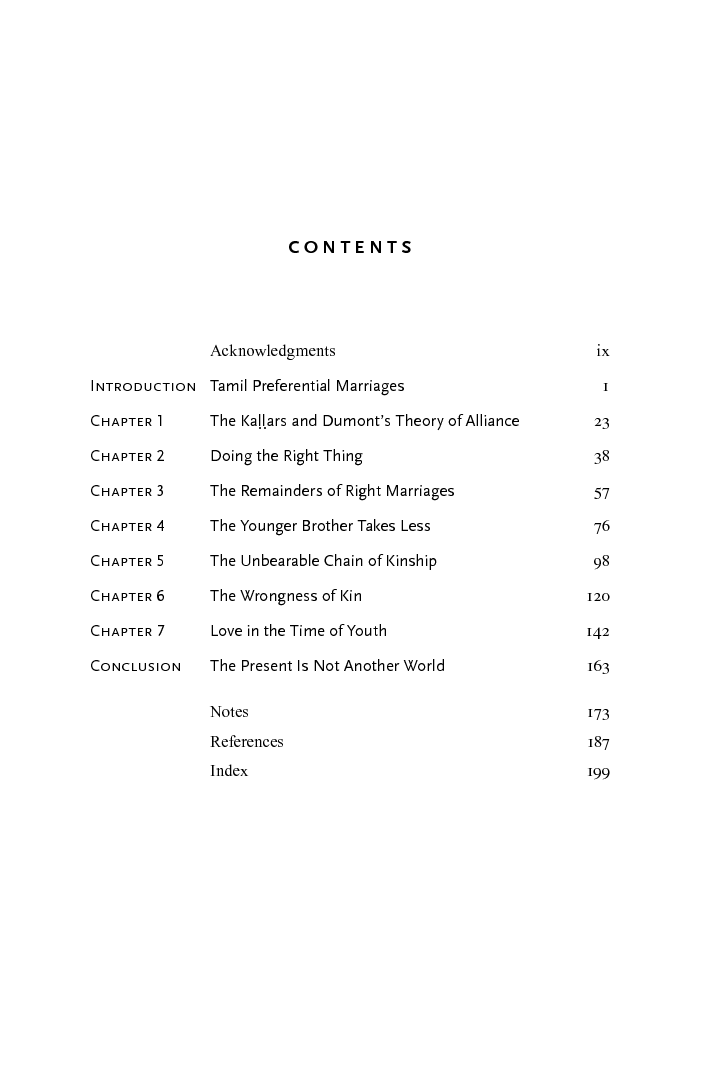 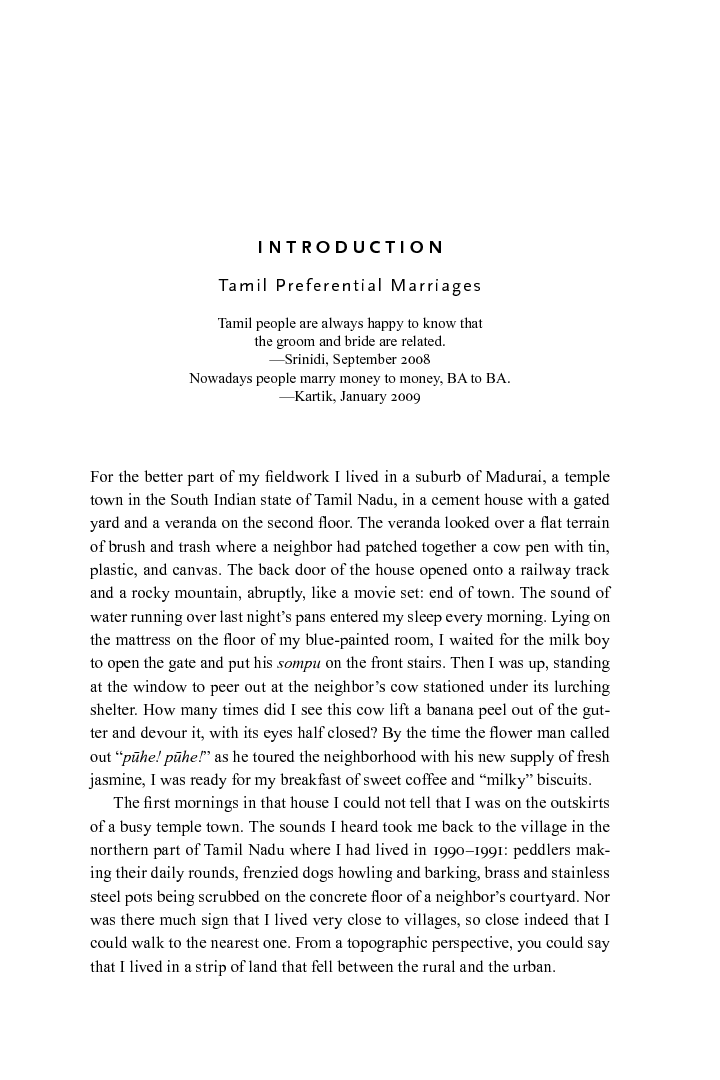