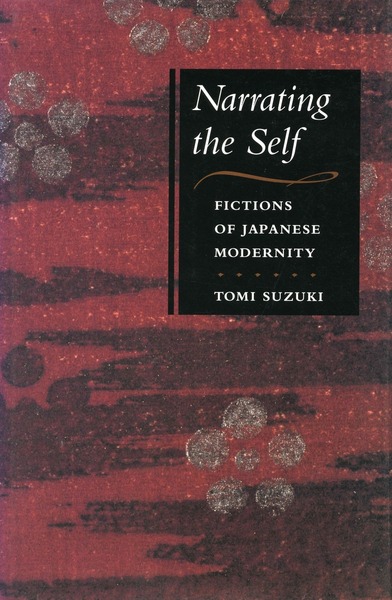 Narrating the Self
Fictions of Japanese Modernity
Tomi Suzuki

Narrating the Self examines the historical formation of modern Japanese literature through a fundamental reassessment of its most characteristic form, the 'I-novel, ' an autobiographical narrative thought to recount the details of the writer's personal life thinly veiled as fiction. Closely analysing a range of texts from the late nineteenth century through to the present day, the author argues that the 'I-novel' is not a given form of text that can be objectively identified, but a historically constructed reading mode and cultural paradigm that not only regulated the production and reception of literary texts but also defined cultural identity and national tradition. Instead of emphasising, as others have, the thematic and formal elements of novels traditionally placed in this category, she explores the historical formation of a field of discourse in which the 'I-novel' was retroactively created and defined.

Tomi Suzuki is Associate Professor of Japanese and Comparative Literature at Queens College of the City University of New York.

"This is an extraordinary book. It is the most systematic and critical treatment of what may be termed the 'postwar theoretical hysteria.' In the process, the study introduces for the first time in English a number of very important primary sources and provides sensitive and insightful new readings of some of the texts crucial to the formation of the Japanese literary canon. In presenting this critically informed 'new literary history,' Suzuki frees the reader to become aware of a far greater diversity and multiplicity of voices in the Japanese novel, voices that have often been silenced by a monolithic totalizing theory of Japan. . . . This study is required reading for those with an interest in Japanese literature and modern Japanese intellectual history, and should occasion reflection on how we teach and have taught Japanese literature in the United States."