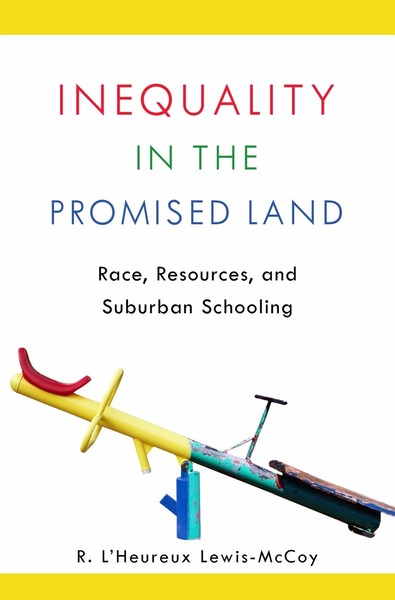 Nestled in neighborhoods of varying degrees of affluence, suburban public schools are typically better resourced than their inner-city peers and known for their extracurricular offerings and college preparatory programs. Despite the glowing opportunities that many families associate with suburban schooling, accessing a district's resources is not always straightforward, particularly for black and poorer families. Moving beyond class- and race-based explanations, Inequality in the Promised Land focuses on the everyday interactions between parents, students, teachers, and school administrators in order to understand why resources seldom trickle down to a district's racial and economic minorities.

Rolling Acres Public Schools (RAPS) is one of the many well-appointed suburban school districts across the United States that has become increasingly racially and economically diverse over the last forty years. Expanding on Charles Tilly's model of relational analysis and drawing on 100 in-depth interviews as well participant observation and archival research, R. L'Heureux Lewis-McCoy examines the pathways of resources in RAPS. He discovers that—due to structural factors, social and class positions, and past experiences—resources are not valued equally among families and, even when deemed valuable, financial factors and issues of opportunity hoarding often prevent certain RAPS families from accessing that resource. In addition to its fresh and incisive insights into educational inequality, this groundbreaking book also presents valuable policy-orientated solutions for administrators, teachers, activists, and politicians.

R. L'Heureux Lewis-McCoy is Associate Professor of Sociology and Black Studies at The City College of New York.

"This is an impressive and important book about racial inequality within several public elementary schools in a suburb in the Midwest . . . [Lewis-McCoy] is unfailingly balanced and thorough in his presentation of evidence . . . [His] excellent book raises the debate about race and class in education to a new and higher level."

"A major contribution of Lewis-McCoy's book is that it helps reveal not only how schools shape families' participation, but also how they determine the outcome of parent engagement . . . The book is a welcome addition to current scholarship on suburban schooling and racial inequality and will be an appreciated and engaging resource for researchers, parents, and policy makers."

"As Lewis-McCoy digs into Rolling Acres [...], it seems less and less a promised land. Despite all of its ostensible advantages, the district and its broader community reveal how much inequality exists under the surface . . . Lewis-McCoy does us a great service in tackling his difficult and complicated task. More to his credit, he succeeds, to a considerable extent, in making this more subtle and elusive form of inequality come alive for the reader . . . For that we owe him thanks."

"In this well-researched and well-written book, Lewis-McCoy does a good job of combining an academic framework with interviews with dozens of parents, students, and educators in one such suburban school district . . . [T]he questions and supporting evidence that Lewis-McCoy develops would make excellent starting points for further research into evidence-based solutions . . . Recommended."

"R. L'Heureux Lewis-McCoy makes an important contribution with his new book, Inequality in the Promised Land. The book provides a case study of the ways in which classrooms, schools and districts create unequal pathways to resources for families of different racial backgrounds and socio-economic statuses . . . [T]he patterns and pitfalls Lewis-McCoy uncovers are no doubt common in many locations across the country. The book is a worth-while read for researchers, stakeholders and activists, who should reflect on ways that other districts may share some of these dynamics of inequality."

"In this important new book, Lewis-McCoy reminds us that as America's suburbs have become increasingly diverse, the challenge of providing all children with access to a high quality education has not gone away. Through his nuanced analysis of one community and its schools he shows us why even in these affluent enclaves race and class disparities in academic outcomes persist, and resentments over frustrated hopes and dreams fester. For those who seek to understand why suburbia has not fulfilled the promises that so many have hoped would be possible, Inequality in the Promised Land will be an invaluable resource."

"Inequality in the Promised Land meticulously reveals hidden dimensions of unequal power and influence among black and white parents as they attempt to advocate for their children's educational welfare in a presumptively evenhanded suburban school. Lewis-McCoy's rich ethnographic data highlights an entirely new style of 'concerted-cultivation' as he shows that white parents are uniquely able to 'cultivate' school administrators who are desperate to preserve the racial balance (read: majority white status) of their schools, while black parents are deflected as the 'fortunate beneficiaries' of public largesse. An original, powerful, and troubling indictment of suburban school patterns that are too often downplayed and rarely, if ever, confronted directly." 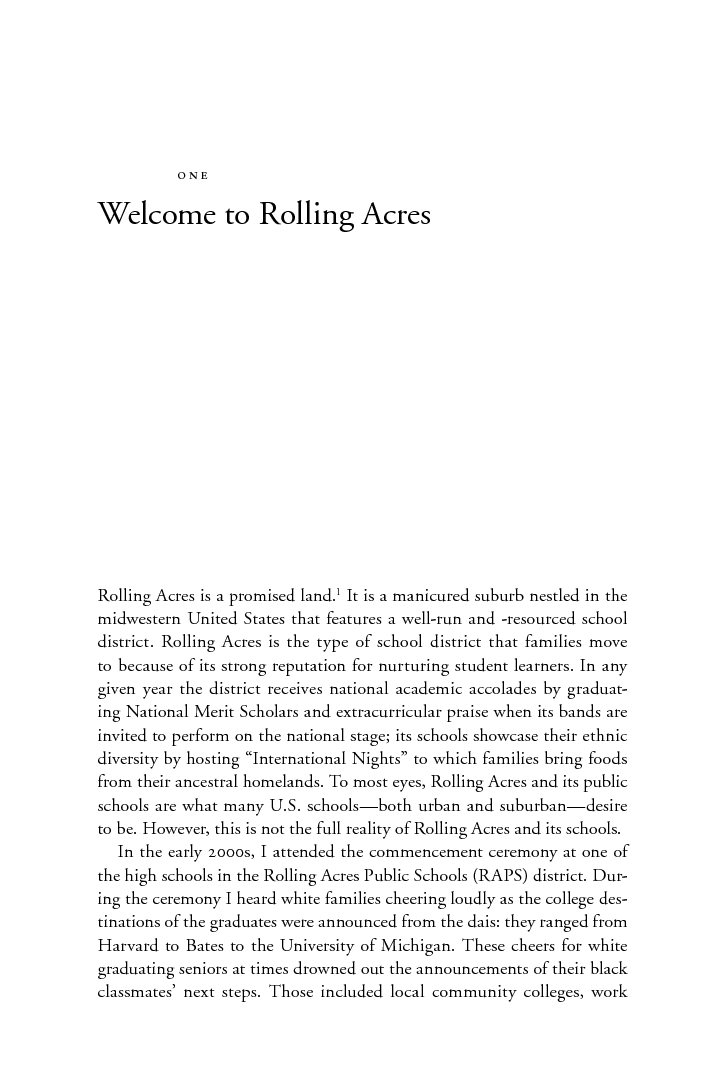 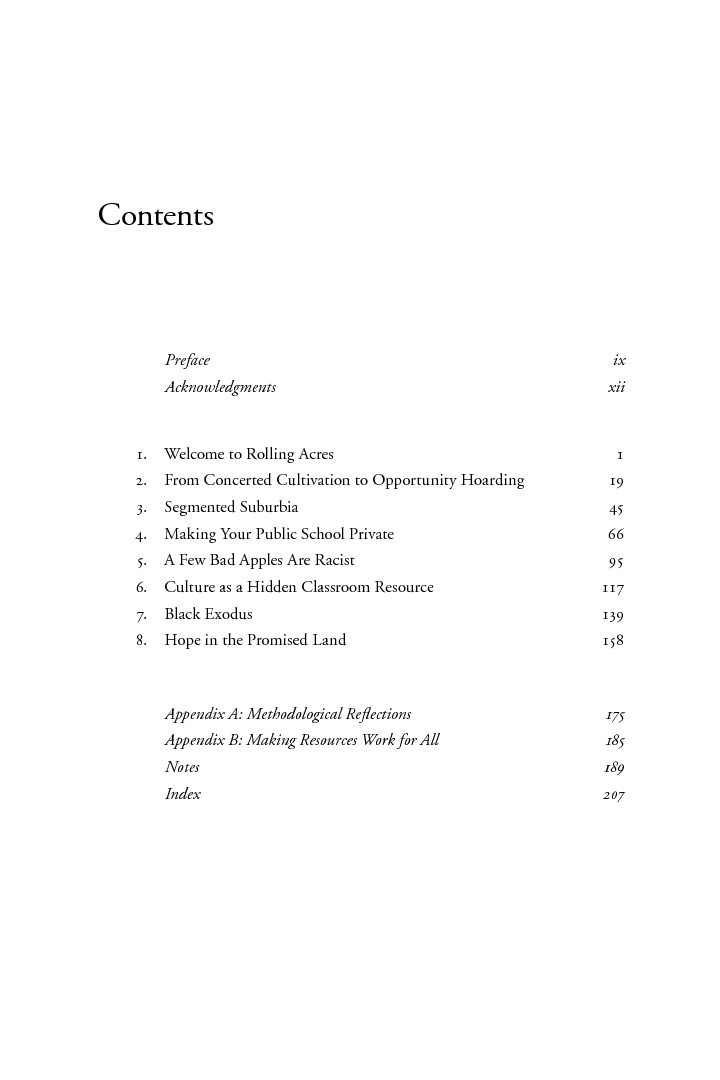 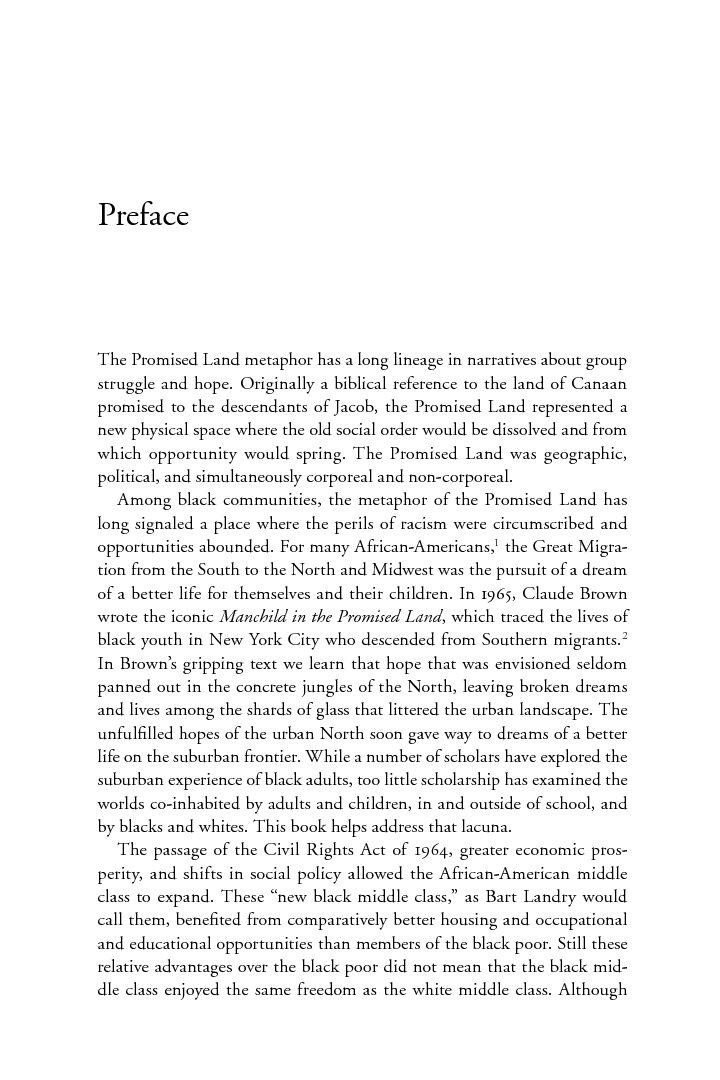