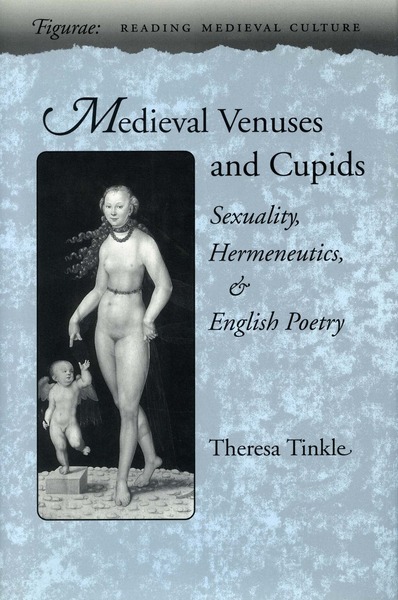 Medieval Venuses and Cupids analyses the transformations of the love deities in later Middle English Chaucerian poetry, academic Latin discourses on classical myth (including astrology, natural philosophy, and commentaries on classical Roman literature), and French conventions that associate Venus and Cupid with Ovidian arts of love. Whereas existing studies of Venus and Cupid contend that they always and everywhere represent two loves (good and evil), the author argues that medieval discourses actually promulgate diverse, multiple, and often contradictory meanings for the deities. The book establishes the range of meanings bestowed on the deities through the later Middle Ages, and draws on feminist and cultural theories to offer new models for interpreting both academic Latin discourses and vernacular poetry.

Terry Tinkle is Assistant Professor of English at the University of Michigan.

"By using feminist and cultural theories, this revisionist approach attempts to correct the previous studies that contend that Venus and Cupid 'always and everywhere represent two loves (good and evil).' . . . This book is more accessible than one might suppose. . . . A readable book with helpful (as opposed to overwhelming) notes."

"This handsome work provides impetus for further thought concerning these two deities as they appear throughout the Middle English canon and should become a major component of Medieval literary criticism."