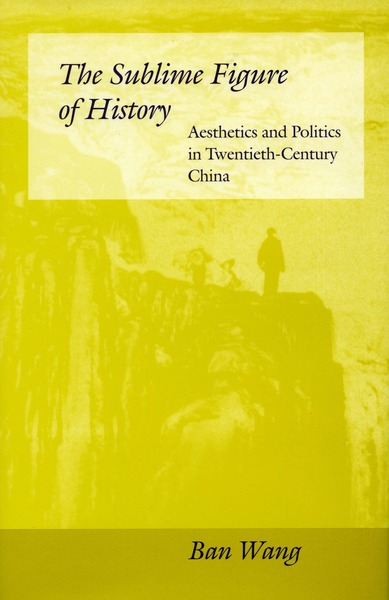 Through a comparative analysis of diverse texts and contexts, this book offers a cultural history of the interplay between the aesthetic and the political in the formation of personal and collective identity that crystallizes into the Chinese aesthetic of the sublime.

It describes how various kinds of politics are aestheticized and how aesthetic manifestations are bound up with prevalent ideologies and politics. In this book, politics refers to various projects for fashioning a viable self, a workable personal and collective identity in the crisis-ridden history of modern China. These projects include imagining a political subject adapted to the modern nation-state, mobilizing revolutionary masses as subjects of the Communist state, sustaining a unified self despite the challenges to traditional culture, erecting the sublime figure of the revolutionary hero, and, finally, debunking the grand images of the hero and history in post-Mao culture. Throughout, the author seeks to delineate the ways the political masquerades as aesthetic discourse and aesthetic experience.

An East-West comparative approach informs the analysis, which engages in dialogue with Kant, Hegel, Freud, Marx, and Walter Benjamin, as well as Terry Eagleton and other contemporary critics. The author's interdisciplinary method, which emphasizes the interaction among text, context, and the psyche, both presents new materials and illuminates familiar texts and phenomena from the perspective of the political-aesthetic nexus.

Ban Wang is Assistant Professor of Comparative and Chinese Literature at the State University of New York, Stony Brook.