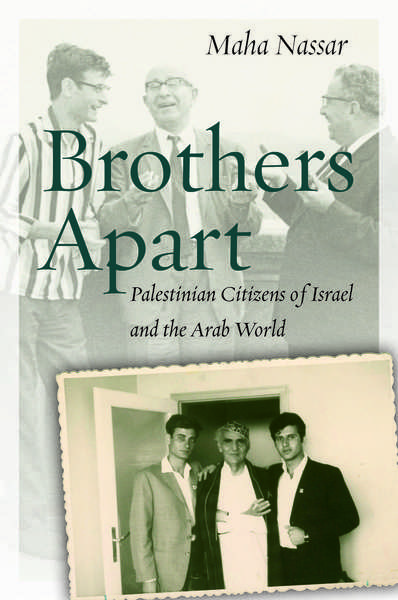 Winner of the 2018 Palestine Book Awards, sponsored by the Middle East Monitor (MEMO).

When the state of Israel was established in 1948, not all Palestinians became refugees: some stayed behind and were soon granted citizenship. Those who remained, however, were relegated to second-class status in this new country, controlled by a military regime that restricted their movement and political expression. For two decades, Palestinian citizens of Israel were cut off from friends and relatives on the other side of the Green Line, as well as from the broader Arab world. Yet they were not passive in the face of this profound isolation.

Palestinian intellectuals, party organizers, and cultural producers in Israel turned to the written word. Through writers like Mahmoud Darwish and Samih al-Qasim, poetry, journalism, fiction, and nonfiction became sites of resistance and connection alike. With this book, Maha Nassar examines their well-known poetry and uncovers prose works that have, until now, been largely overlooked. The writings of Palestinians in Israel played a key role in fostering a shared national consciousness and would become a central means of alerting Arabs in the region to the conditions—and to the defiance—of these isolated Palestinians.

Brothers Apart is the first book to reveal how Palestinian intellectuals forged transnational connections through written texts and engaged with contemporaneous decolonization movements throughout the Arab world, challenging both Israeli policies and their own cultural isolation. Maha Nassar reexamines these intellectuals as the subjects, not objects, of their own history and brings to life their perspectives on a fraught political environment. Her readings not only deprovincialize the Palestinians of Israel, but write them back into Palestinian, Arab, and global history.

Maha Nassar is Assistant Professor in the School of Middle Eastern and North African Studies at the University of Arizona.

"Brothers Apart offers a delightfully fresh take on Palestinian cultural history and the Arab world in the mid-twentieth century. Maha Nassar brings to life the artistic prowess, rallying cries, and dashed dreams of the leading Palestinian litterateurs in Israel in the age of Arab revolution, African decolonization, and the global struggle for racial equality."

"Maha Nassar offers readers a window onto the cultural work of Palestinian intellectuals in Israel. With Brothers Apart, she illuminates the life, politics, and cultural production of these writers, and, importantly, connects them with anti-colonial movements and resistance literature around the world."

"Brothers Apart is an outstanding work of social and cultural history. Readers of Mahmoud Darwish, Samih al-Qasim, Emile Habibi and Rashid Husayn will find much new material to contemplate. Through their works, as well as those of dozens of other authors, Maha Nassar introduces the resilient figures, who in the face of concerted efforts to detach and erase Palestinian presence, somehow managed to make a uniquely vibrant and engaged world of letters."

"Brothers Apart: Palestinian Citizens of Israel and the Arab World offers outstanding research findings regarding unexplored territories of resistance employed by Palestinians in Israel between 1948 and 1971....The evidence presented in <>Brothers Apart is solid and the argument nuanced. It is an impressive scholarly work."