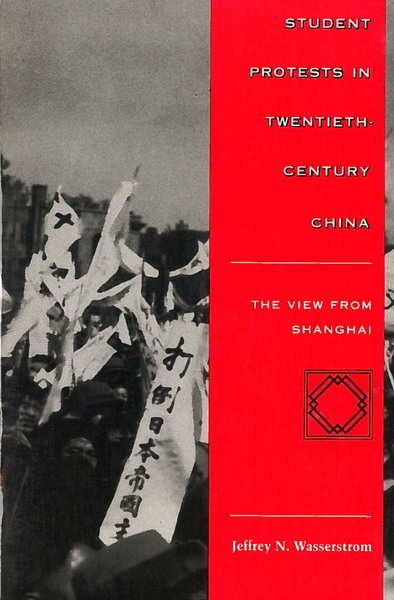 This is a history of student protests in Shanghai from the turn of the century to 1949, showing how these students experienced and help shape the course of the Chinese Revolution.

"Wasserstrom has made a major contribution by shaping the history of student protest into a single, twentieth-century story and pattern of complexity. In doing so, he offers a model for rethinking the late imperial, republican, and communist periods as a historical unit conditioned by indigenous and global forces, and explained by sinological and comparative methods."

"It succeeds very well at what it sets out to do: to bring Shanghai and performance theory to bear upon our understanding of student activism in twentieth-century China. Enriched by a comprehensive bibliographical essay and suggestive comparisons with Russian, American, and European student movements, this study sets a new standard for research in social history."

"Wasserstrom's study is an important contribution to political, social, and cultural history, and by focusing on the role and techniques of student protest has added an important piece to the complex jigsaw of China's twentieth-century revolution."

"Analytical and rich in detail, . . . this study makes an important contribution to our understanding of the roles educated Chinese youth played as challengers of authority."