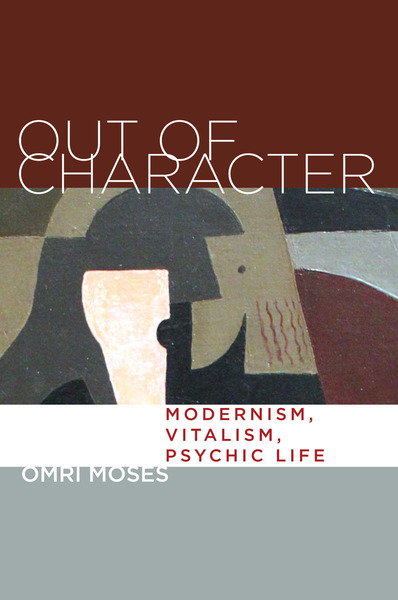 "Characters" are those fictive beings in novels whose coherent patterns of behavior make them credible as people. "Character" is also used to refer to the capacity—or incapacity—of individuals to sustain core principles. When characters are inconsistent, they risk coming across as dangerous or immoral, not to mention unconvincing. But what is behind our culture's esteem for unwavering consistency? Out of Character examines literary characters who defy our culture's models of personal integrity. It argues that modernist writers Henry James, Gertrude Stein, and T. S. Eliot drew inspiration from vitalism as a way of reinventing the means of depicting people in fiction and poetry. Rather than regarding a rigid character as something that inoculates us against the shifting tides of circumstance, these writers insist on the ethical necessity of forming improvisational, dynamic social relationships. Charting the literary impact of William James, Charles Darwin, Friedrich Nietzsche, and, in particular, Henri Bergson, this book contends that vitalist understandings of psychology, affect, and perception led to new situational and relational definitions of selfhood. As Moses demonstrates, the modernists stirred by these vital life lessons give us a sense of what psychic life looks like at its most intricate, complex, and unpredictable.

Omri Moses is Associate Professor of English at Concordia University.

"[Moses] successfully unites these authors' works, showing how they respectively reinvent the very definition of character. The end result shows how James, Stein, and Eliot were influenced by vitalism to create a more realistic unpredictability of their characters than their contemporaries. Moses certainly adds to the knowledge of the modernist period by giving a new perspective to the advances of its writers . . . Recommended."

"Out of Character: Modernism, Vitalism, Psychic Life is an intense analysis about how fictitious characters are used to create literary art . . . Thought-provoking and erudite, Out of Character is a welcome contribution to college library literary studies shelves."

"Omri Moses's Out of Character is one of the most intelligent, subtle, and consistently rewarding books I have read in some time. Through artful, well-researched, and often astonishing readings of the work of three canonical modernist writers (Henry James, Gertrude Stein, and T.S. Eliot) and the forms of philosophical vitalism inspiriting their work, Moses produces a smart, highly original account of the ethics of character in literary modernism."

"[T]he remarkable thing about Omri Moses's Out of Character is that it manages to grab hold of literary modernism without crushing its special vitality, preserving the movement's open-endedness while nevertheless teasing out some broader conclusions. The result is a sensitive and illuminating book that chronicles the efforts of Henry James, Gertrude Stein, T. S. Eliot, and other like-minded authors to reject the old moral certainties without abandoning all hope of shared ethical discovery." 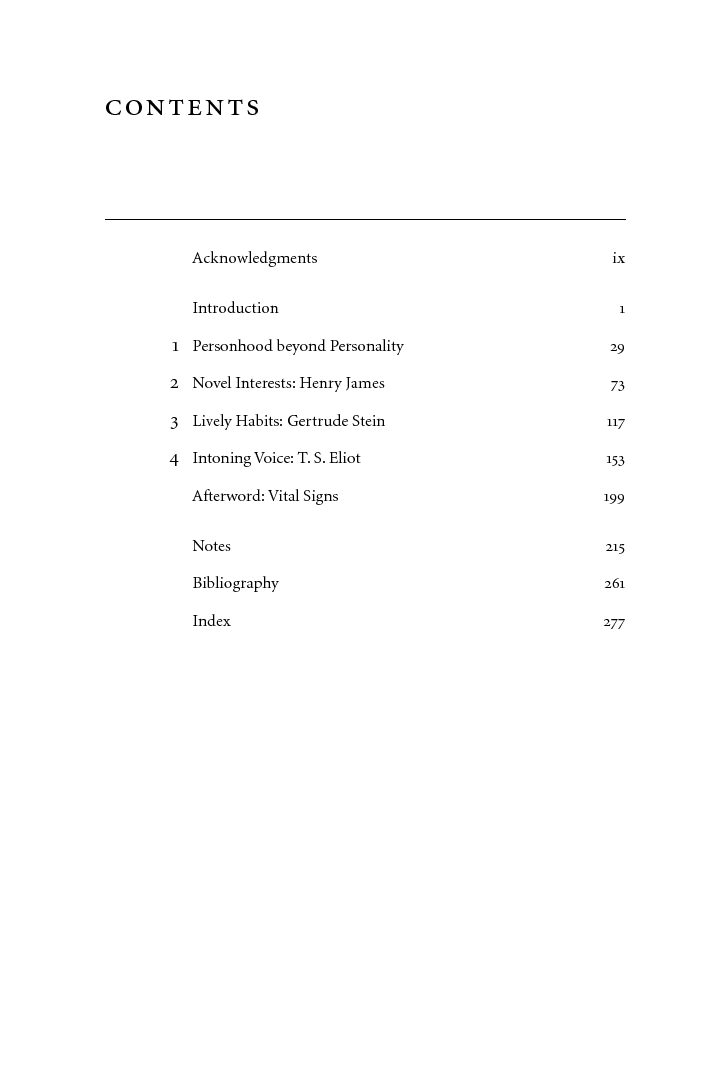 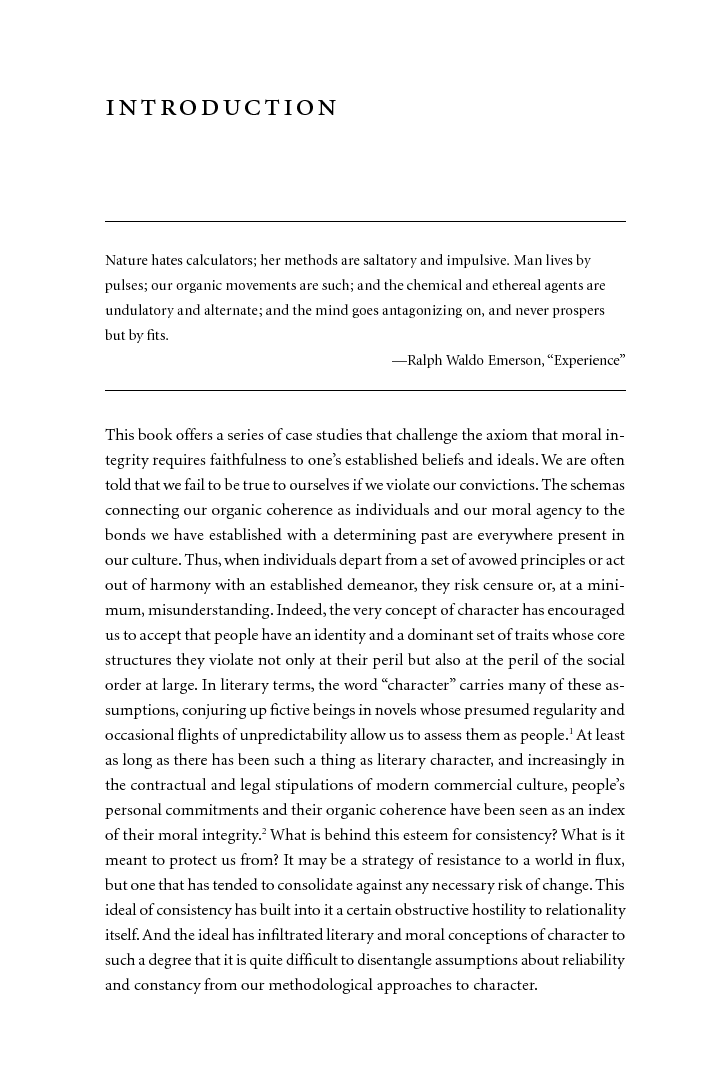