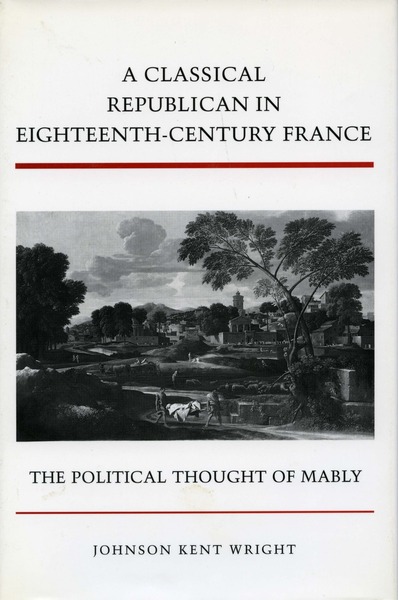 This is an intellectual biography of Gabriel Bonnot de Mably (1709-85), who emerges as a central figure in the history of republican thought in the era of the Enlightenment and the French Revolution.

This book has two related aims. The first is to fill an important gap in historical scholarship. Although Mably, whose career as a historian and political theorist stretched from 1740 to the eve of the French Revolution, clearly played a major role in the intellectual history of his era, there has been no study of his life and thought in English for nearly seventy years. At the same time, the book seeks to advance a novel interpretation of Mably's thought. He has most often been portrayed in two sharply contrasted ways, either as one of a handful of utopian communists and a precursor of nineteenth-century socialism, or as a deeply conservative enemy of the Enlightenment. This study sets forth a different reading of Mably's thought, one that shows him to be a classical republican, in the sense this term has acquired in recent years for students of early modern political thought.

Mably was the author of the most comprehensive and influential body of republican thought produced in eighteenth-century France—a claim with implications that go beyond the merely biographical. These are explored in a final chapter, which draws some conclusions about the character of classical republicanism in France and about the French contribution to the republican tradition in Europe.

Johnson Kent Wright is a Lecturer in the Interdisciplinary Humanities Program at Arizona State University.